A lot has been made about what is going on in Las Vegas right now.  Derek Carr’s recent benching sent shock waves through the NFL.  One of the biggest storylines surrounding Carr’s benching was the future of star wide receiver Davante Adams.  Adams has made it clear that Derek Carr was one of the biggest reasons he wanted to be traded to the Raiders.   Now Derek Carr’s future with the Raiders is very much up in the air.  Davante Adams’ recent social media activity has a lot of fans speculating on what the future may hold.

Social media is alive and well in today’s day and age.  That is no different for professional athletes.  Adams’ recent Twitter activity has sparked many debates regarding his future.

One of Davante Adams’ most recent “likes” on Twitter was acknowledging a game changing interception in Green Bay’s 26-20 win over the Dolphins.  Of course, this sparked a ton of fans thinking Adams wants to go back to Green Bay.  However, another “like” later that same day would suggest he doesn’t regret his move to Vegas. 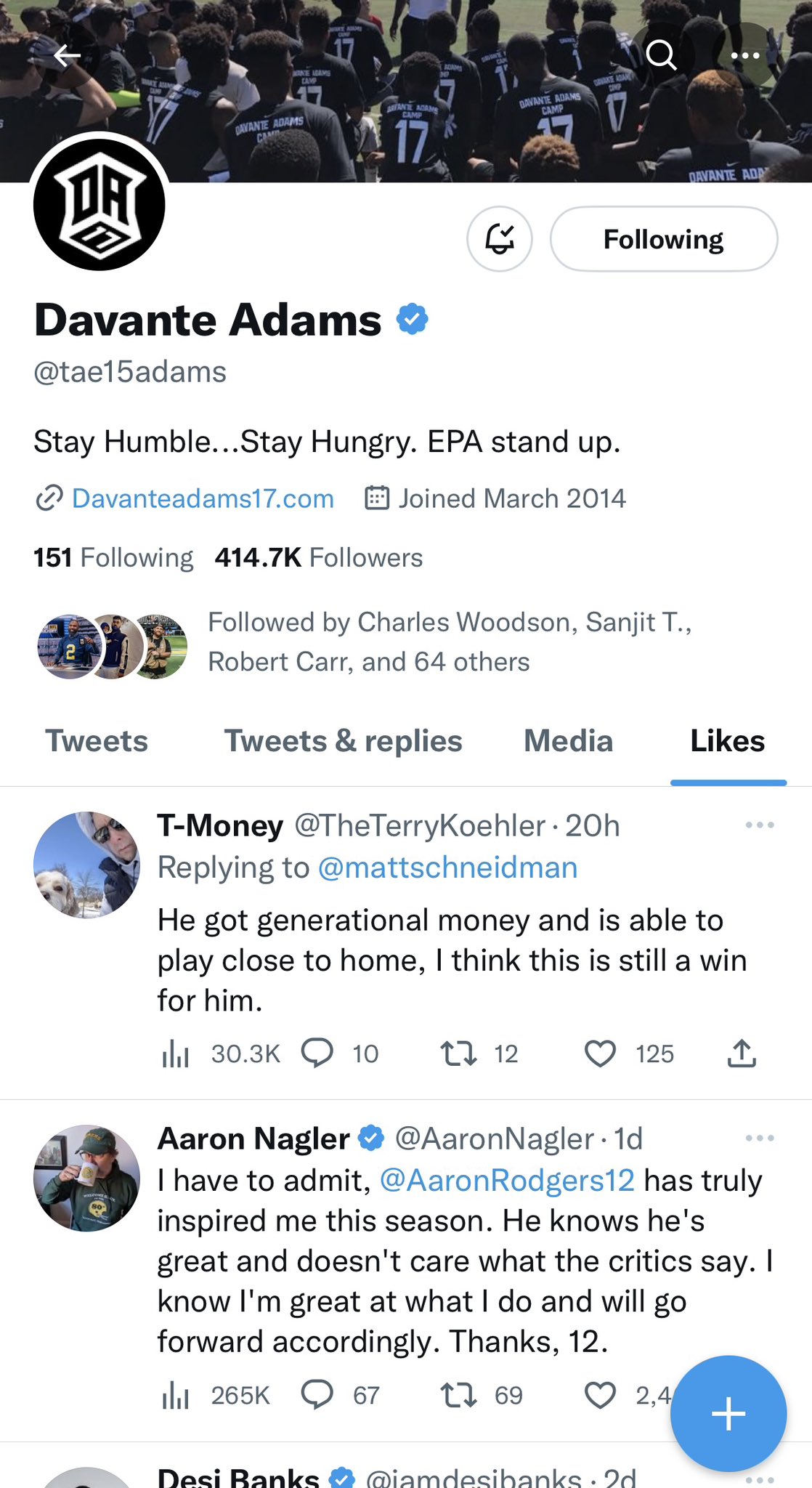 He got generational money and is able to play close to home, I think this is still a win for him.

So what is next for Davante Adams?  For now, Adams has two games remaining as a Raider this season. One thing he made very clear in both his Instagram post and his locker room interview is that he was in Vegas for Derek Carr. The two have been close friends since playing together in college and finally got the chance to do so in the NFL.

Leaving Green Bay was not an easy decision for Adams. He spoke earlier in the year about how uncertainty by Aaron Rodgers on his playing future was a factor. It is clear at this point that Adams wants to play with a quarterback he trusts. Otherwise, he could have chosen to go anywhere in the NFL. He instead chose a 10-7 Raiders team that snuck into the playoffs. At this point it would be safe to assume that if Derek Carr’s time in Vegas is over, Adams could (at the very least) consider the same.