Aaron Rodgers, Randall Cobb, and the Green Bay Packers are in full off-season mode.  Coincidentally, so is former Packers wide receiver Davante Adams.  The Packers suffered a 20-16 heartbreaking loss to the Detroit Lions in week 18 that eliminated the Packers from playoff contention.  Davante Adams and the Las Vegas Raiders were eliminated from playoff contention in week 17 when they lost to the 49ers and fell to 6-10 on the year.  After the Packers’ loss to the Lions, Aaron Rodgers and Randall Cobb were seen walking off the field together arm in arm.  Here is the video:

Aaron Rodgers and Randall Cobb walking off the field and into the tunnel….pic.twitter.com/t0uI3UA2QZ 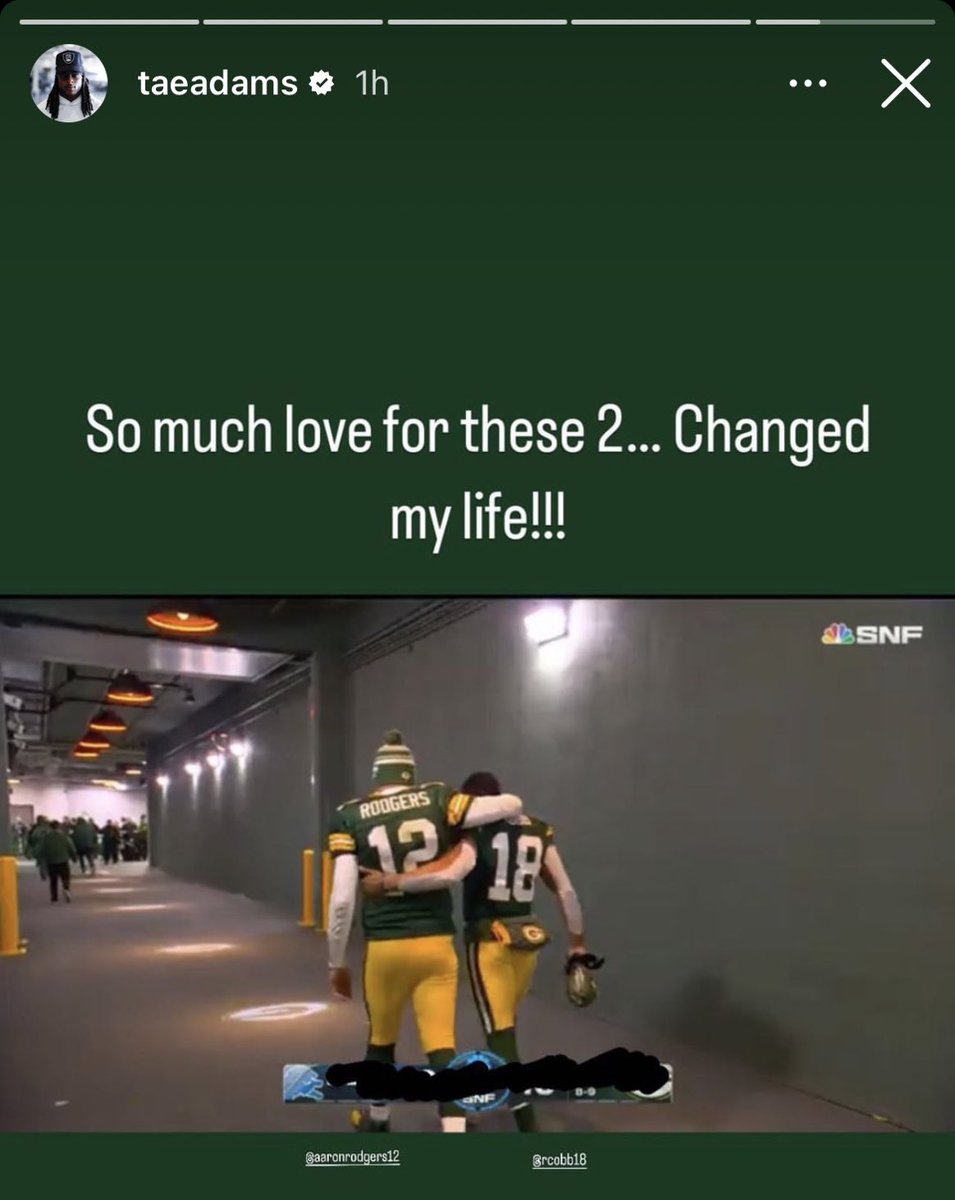 Adams sits second all-time in Packers’ history in receptions, fourth all-time in yards, and second all-time in receiving touchdowns.   Aaron Rodgers was his quarterback every single year while in Green Bay.  Randall Cobb was a locker-room mentor for Adams from 2014 to 2019.  To say these two had a massive impact on Davante Adam’s career is an understatement.

At this point it is up in the air if Randall Cobb comes back.  It may heavily hinge on if Aaron Rodgers is back in Green Bay next year.  Aaron Rodgers has already commented on what he would miss most about Green Bay if this was in-fact his last year.