4 Changes That Need To Happen Against the Detroit Lions The Packers did not have a good start to the 2021 season in week one. They were demolished by the New Orleans Saints 38-3 and did not look like they were ready to play. It is only week one; however, that was really concerning and cannot be a repeating theme throughout the season. They have a Monday night game against the Detroit Lions and a lot of things need change going into this matchup. Here are four changes that need to happen for the Packers to be successful in their week two matchup against the Lions.

Against the New Orleans Saints, the Packers abandoned the run early which is their bread and butter. That is what opens up the Packers’ offense, but it was rarely used against the Saints. The Saints had injuries on defense, especially in the secondary, and played a two-deep safety look to stop the pass. That meant a lightbox where the Packers should have made them pay for it, but they didn’t. @BenFennell_NFL showed that when the Packers ran the ball against that look they were successful at it but did not stay with it. Here is the clip:

Saints 2-deep, Packers use jet motion and then get Dillon downhill on little counter OF for an easy 6yards…

Another 6 yards on the next play! LaFleur getting back on schedule!

Against the Detroit Lions, that certainly has to change. Like the Saints, the Lions are injured in the secondary. They just lost last year’s first-round pick Jeff Okudah to a season-ending injury. However, the Lions may use the same defensive scheme the Saints used in week one to stop the Packers’ offense. Defenses might have found the blueprint to stop the Packers’ offense, and it is up to Green Bay to make the necessary adjustments. 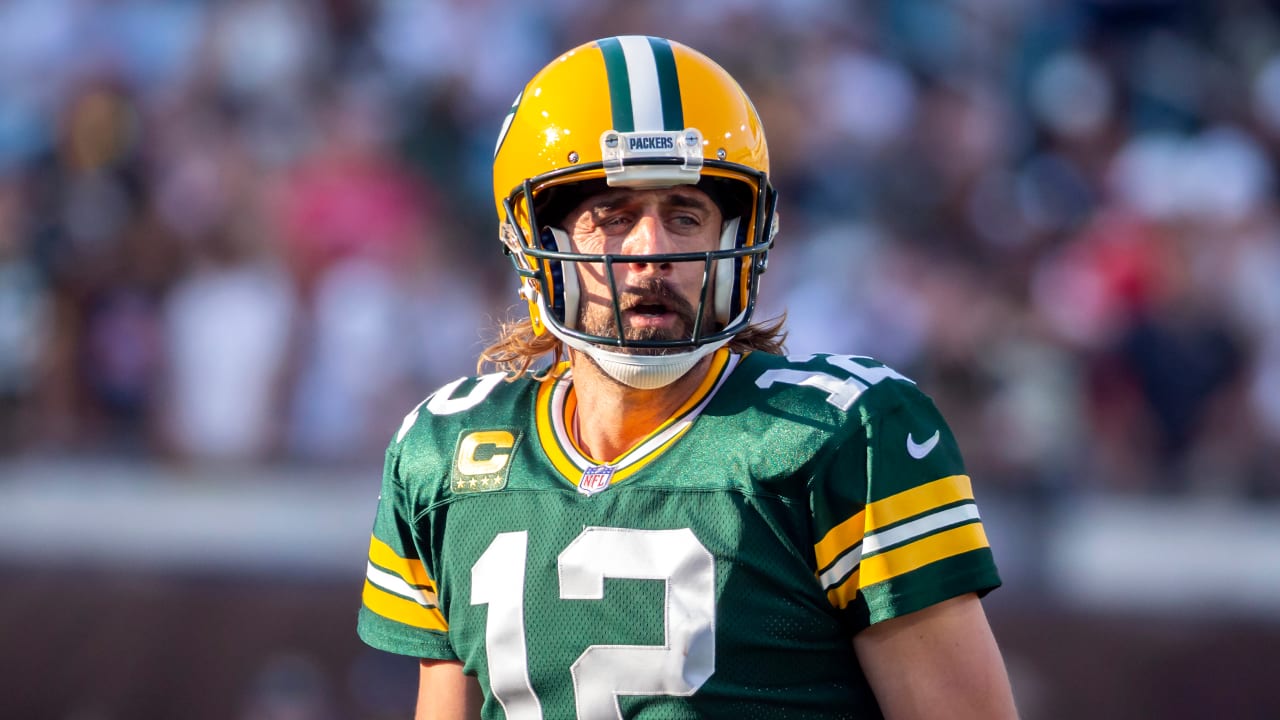 I am sorry to say this, but most of the offensive woes against the New Orleans Saints fall on Aaron Rodgers. There is no excuse for his horrible play on Sunday, including throwing two bad interceptions. Not to mention having the offseason filled with drama, Rodgers could not come out and play as he did. He was playing like he was in 2018, not throwing the ball on time and taking unnecessary sacks. He was sacked twice, but it was mostly on him as he was well protected against the Saints. One play that showed how off he was is shown below by  @Peter_Bukowski where he did not throw the ball on time to Aaron Jones. Had he, it would have been a first down.

This is not how Aaron Rodgers played in 2020. Late. Not in rhythm. If the ball is out to Aaron Jones on time, it's a first down. Kwon Alexander made a great play, but Rodgers let him. pic.twitter.com/dWPahUeMkx

Rodgers simply has to play better and with no more excuses. With the drama-filled offseason, everybody will indeed be paying close attention to Rodgers and the Packers. Against the Lions, it is the perfect game for Rodgers to hopefully bounce back and show week one was an off game and a fluke. The game on Monday Night Football will certainly be a test for Aaron Rodgers.

Change #3: Joe Barry and the Defense Needs to Play Much Better

Despite the Packer offense not doing them any favors, Joe Barry and the defense have to play better. Yes, the offense did not help the defense, as they could not stay on the field, resulting in wearing the defense out. On the other hand, Joe Barry did not help his case on Sunday as the whole defense looked really confused and did not know what their assignments were. Players love him, saying he brings a lot of energy, however, that needs to be shown on the field. Barry was not a popular hire and had critics, and he proved them right on Sunday against the Saints. Against the Detroit Lions, he has a chance to prove them wrong or changes will be coming soon.

Change #4: Play With ENERGY Every Week and Show Some Heart 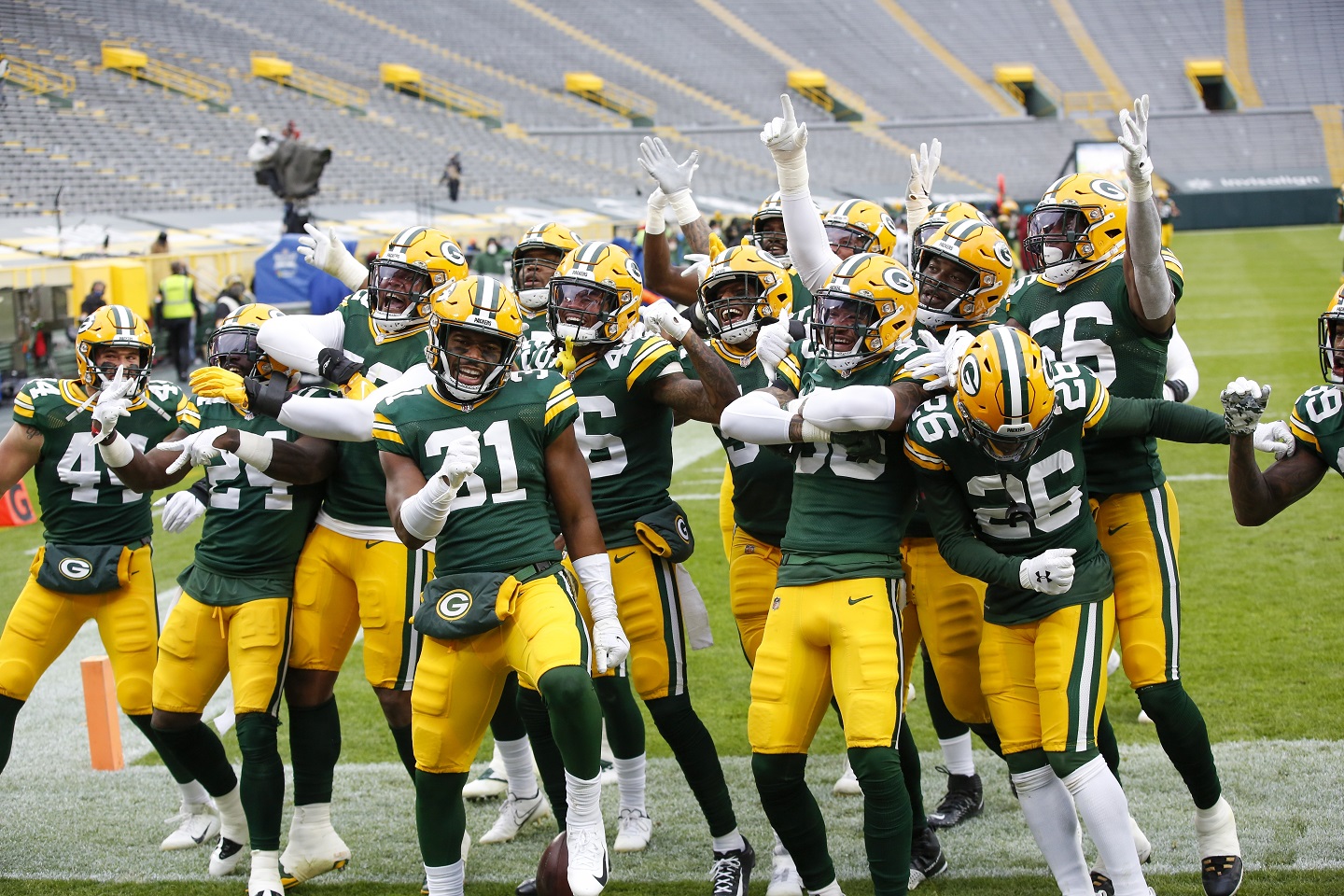 Aaron Rodgers stated on the Pat McAfee Show that there was low energy with the team. That is a constant thing with this team that is indeed concerning. The Packers looked like they overestimated the Saints with all the injuries they had and thought it would be an easy win. The Packers have to play with high energy and heart every week. The Detroit Lions played with more heart against the San Francisco 49ers than the Packers did in week one. That might lead to an upset against the Packers on Monday Night Football. If the Packers cannot play with high energy every week, this will be a long season for them.