For much of the 2021-22 season, it was a consensus that Wisconsin Badgers star Johnny Davis would be a top ten pick in the NBA Draft. The sophomore shooting guard averaged 19.7 points, 8.2 rebounds, and 2.1 assists per game on his way to being named the Big Ten Player of the Year. He was also named a finalist for the John Wooden Award, given to the nation’s best men’s and women’s college basketball players. Even after the Badgers’ early exit from the NCAA Tournament, Davis was still considered to be a lottery pick. However, CBS Sports recently did a mock draft that saw Davis drop far in the first round. So far, in fact, that the Milwaukee Bucks, with the 24th overall pick, were mocked to select him.

CBS mock draft has Johnny Davis going 24th to the Bucks. Has his stock really fallen that much? I thought he was a top 10 pick. pic.twitter.com/eaCIxFnkdC

Why Did Johnny Davis Drop So Far? It is really hard to say why Johnny Davis fell so far in this particular mock. This draft was actually one of three by three different NBA writers. Kyle Boone, one of the writers, mocked Davis to the Cleveland Cavaliers at pick 14. Gary Parrish, another writer, has Davis going at pick eight to the New Orleans Pelicans. It is David Cobb who has Davis falling all the way to the Bucks.

Cobb does not give any reason for Davis’ fall, though. Perhaps it was because Davis shot just 30.6% from three. Perhaps he thinks that Davis’ ankle injury late in the season will affect his draft stock. In any case, there is no reason given for a once-projected top-ten pick falling to the late first round.

Would the Bucks Have Any Interest in Johnny Davis? 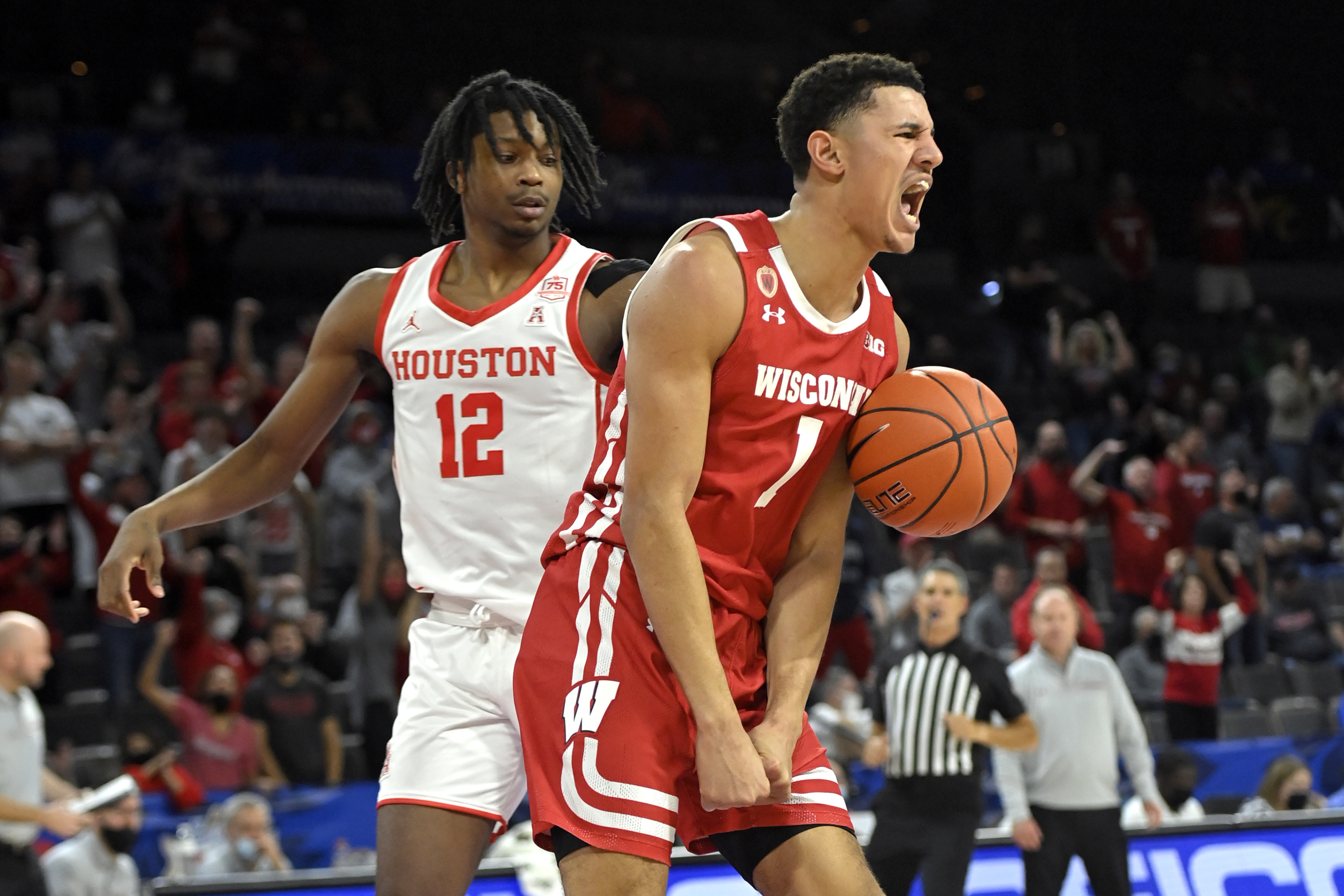 One of the weaknesses the Bucks have that was exposed by the Boston Celtics was the lack of multiple players who can create their own shots. With Khris Middleton sidelined by a knee injury, Giannis Antetokounmpo remained as the only player who would consistently create shots for himself.

At Wisconsin, Johnny Davis was adept at creating his own shot in the midrange. Davis would most likely come off the bench in Milwaukee, but would find plenty of opportunities to do the same. Obviously, the Bucks (or any team that drafts him) will want to see his three-point shooting improved.

One strength noted by many scouts that will intrigue Milwaukee is Davis as a two-way guard. Indeed, Davis is a staunch defender and fits that mold established by Eric Bledsoe, Jrue Holiday, and Wesley Matthews in Milwaukee.

Additionally, the Bucks are in desperate need of youth. Davis is just 20 years old and will add some much needed youth to the bench. He will likely take a year or so to develop his full potential. The Bucks, though, have time to wait with a core of Giannis, Khris Middleton, and Jrue Holiday locked up.