The Milwaukee Bucks are coming off a 131-126 loss  to the New Orleans Pelicans last night.  They will look to right the ship tonight against the Charlotte Hornets.  The Hornets will look to win games on back-to-back nights after defeating the Pacers 108-105. 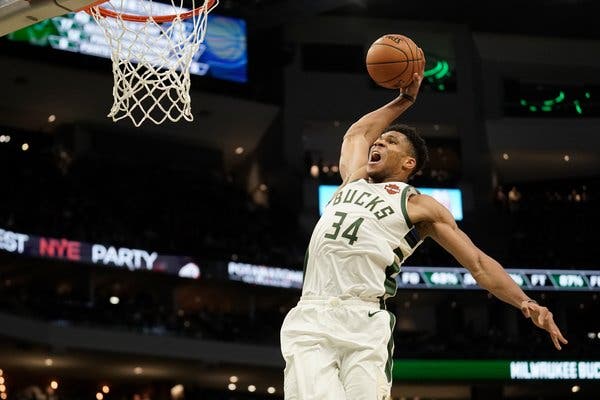 The Milwaukee Bucks have the second-best offense in the NBA.  Averaging 120.1 points per game, they trail only the Brooklyn Nets who average 121.0.  Simply put, the Bucks are going to score, and score a lot.  Giannis Antetokounmpo is averaging 26.8 points per game.  Khris Middleton is averaging 21.9 and is currently on pace for a 50/40/90 season.  Three other Bucks players are averaging double figures, and Donte DiVincenzo isn’t far behind at 9.9 points per game.

The key to victory for the Bucks in nearly every game is defending the three.  Unfortunately, that is something that they have been struggling with for a long time.  This season, the Bucks have the 28th ranked three-point defense in the NBA, allowing opponents to shoot 38.9% from three.

In their seven losses this season, the Bucks’ opponents average 39.1% from three.  In their victories, they hold opponents to 33.1%.  This 33.1%, if maintained over the course of the season, would be the third-best in the NBA.  This, of course, is improbable.  However, if the Bucks can somehow find a way to split the difference, to hold opponents to 35-36 percent, they will lose far fewer games.

Keys to Victory for the Hornets

Where the Bucks have a dynamic offense and less-than-stellar defense, the Hornets are the exact opposite.  They have a poor offense that ranks 23rd in the NBA.  They average just 107.7 points per game.  Defensively, they rank ninth, holding opponents to 109.4 points per game.  With a -1.7 differential, it is no surprise that they are just 8-11 on the season.

To beat the Bucks, the Hornets will need to rely on Gordon Hayward and Terry Rozier.  Hayward leads the team with 22.9 points per game; Rozier is second, averaging 18.9.  The strength of both players this season is their three-point shooting, which has been established as the Bucks’ biggest defensive weakness.

Hayward is shooting 42.4% from behind the arc this season.  Rozier is even better, with a three point percentage of 43.3%.  Miles Bridges is another three-point threat off the bench for the Hornets, shooting 38.8% from three.

Both teams will be playing the second game of a back-to-back.  Expect Milwaukee’s stars, especially Giannis and Middleton, to play between 30-32 minutes, especially if the game is not really that close.  When it comes down to it, the Bucks are simply a better overall team and this game is theirs to lose.  They have lost back-to-back games just once this season, and I do not think they will do so tonight.