In a blowout victory on Monday night, the Bucks sent the Heat packing while taking a 2-0 series lead. As the Bucks look to take another game in the series, they will travel to Miami for a Thursday night matchup. This game could be one of the most important of the series for the Bucks. A victory will mean full control and a great cushion going forward. A loss will mean a loss of momentum heading into the next game. Let’s take a look at everything you need to know ahead of game three!

Where to Watch: TNT and Bally Sports Wisconsin

Bryn Forbes: Following an impressive night from beyond the arc on Monday, Forbes is looking to dominate from the three-point range. After Forbes’s latest performance, he may have earned himself more rotational minutes. Although Forbes has some defensive struggles, his presence on the offensive end is so important. He isn’t a facilitator, but he will be a great option on the perimeter. On Monday night, Forbes posted a stat line of 22 points and 5 rebounds on 66% shooting. Forbes will be filling in for Donte DiVincenzo in the second unit. Donte has had his struggles on offense, but Bryn has made up for it at the shooting guard position. Look for Forbes to attempt to replicate Monday night’s magic.

Jimmy Butler: Butler has been one of Miami’s weakest performers thus far. Butler, a five-time NBA All-Star, has struggled mightily against Milwaukee’s stifling defense. Milwaukee has had Giannis Antetokounmpo and PJ Tucker as Butler’s primary defenders. Both players are well known for their defensive prowess and they have lived up to their expectations thus far. When Jimmy Butler is defended by PJ Tucker or Giannis Antetokounmpo, he has only managed to notch 8 points on 15% shooting. Not only that, but he has turned the ball over 4 times. Jimmy will be a player to watch as he looks to bounce back from poor performances in games one and two. 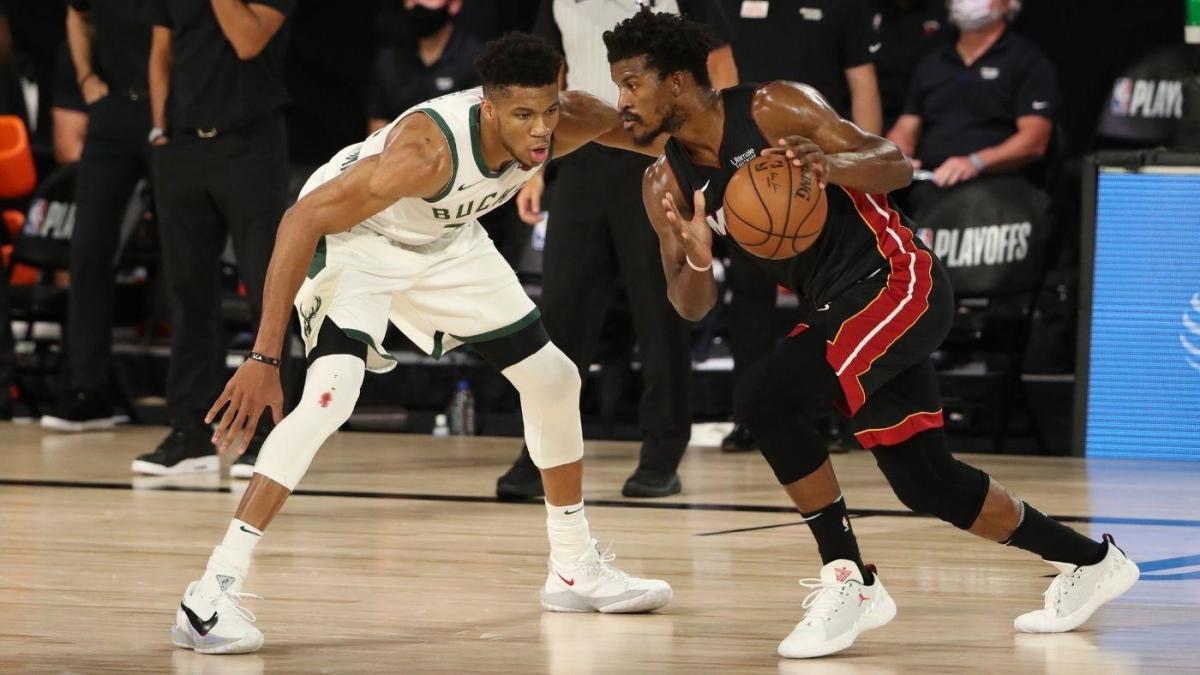 A chance to go up 3-0 in a playoff series is a chance the Bucks must capitalize on. A couple of seasons back, the Bucks took a 2-0 series lead against the Toronto Raptors before collapsing and losing their next four games. Milwaukee is looking to exorcise their demons from playoffs past and earn a huge 3-0 series lead. If the Bucks are able to replicate their three-point shooting from game two, this should be an easy victory. The defense must remain sound in the post and on the perimeter. Get ready for Thursday night Bucks fans, this will be an extremely important game.