We’re about half a week away from the NBA trade deadline, which comes Thursday afternoon (2/10) at 3:00 p.m. Eastern. For contenders like the Bucks, this is the last significant chance at improving by external means before the buy-out market emerges later in the season. With that market largely consisting of a small supply of older veterans on bad teams, now is the time to pounce and address any looming needs.

When it comes to Milwaukee’s current roster, it’s hard to not think of centers. The extended absence of Brook Lopez certainly looms large. But the simple reality is that the Bucks know more than anyone else what his status is, and it’s almost impossible to believe they won’t make a move if that’s something that needs to happen. The lack of any long-term additions at center should be taken as a good sign, though it’s still possible that changes will come over the next few days.

With that in mind, let’s take a look at a player that might fill another hole in the Bucks’ rotation: the defensive wing. Semi Ojeleye has failed dramatically in what was supposedly an attempt to fill PJ Tucker’s shoes, and that means another swing at a wing should be on the table this week. One potential trade target is Oklahoma City’s Kenrich Williams.

Williams is a 27-year-old forward out of TCU. He stands 6’6″ and weighs in at 210 pounds. This is his second year with the Thunder after opening his career with two seasons with the Pelicans. He’s been a capable role player almost from the jump and has averaged about 22 minutes per game each year.

Williams has never been a big scorer, topping out at eight points per game last year, but he’s a decent enough shooter, coming in at a little over 35% on 2.4 attempts per game over the first four seasons of his career. Great strides have been made from an efficiency perspective in OKC, where he’s made 40.9% of his triples. Williams is also a solid finisher, scoring about 65% of the time when he shoots from within three feet of the rim. Even better, both his assist percentage and free throw rate have more than doubled since 2019. Setting up the occasional bucket and getting to the line every once in a while are keys for a player looking to have an all-around impact.

The push to add Williams comes more from the defensive side, however. He’s posted a positive defensive BPM each season of his career. For reference, Tucker’s +0.7 career average is very similar to the +0.6 average Williams can boast. But the better picture might be provided by the fact that the Thunder are almost thirteen points per 100 possessions stingier when he plays. Their defense with Williams on the court allows just 99.2 points per 100 possessions, a mark that would rank first in the league by more than four points. When he’s on the bench, they allow 112 points per 100, which would rank 23rd in the league. Williams is a massive factor – maybe even the primary one – behind OKC’s top-ten defense.

Offense wouldn’t be the reason to make this trade, but Williams would likely do well enough on that side of the ball. He’s capable of doing various things at some level of competence, which is about all you can ask of a player in his role. His efficiency jumps should only grow playing alongside someone like Giannis, too. Superstars make space for shooters. 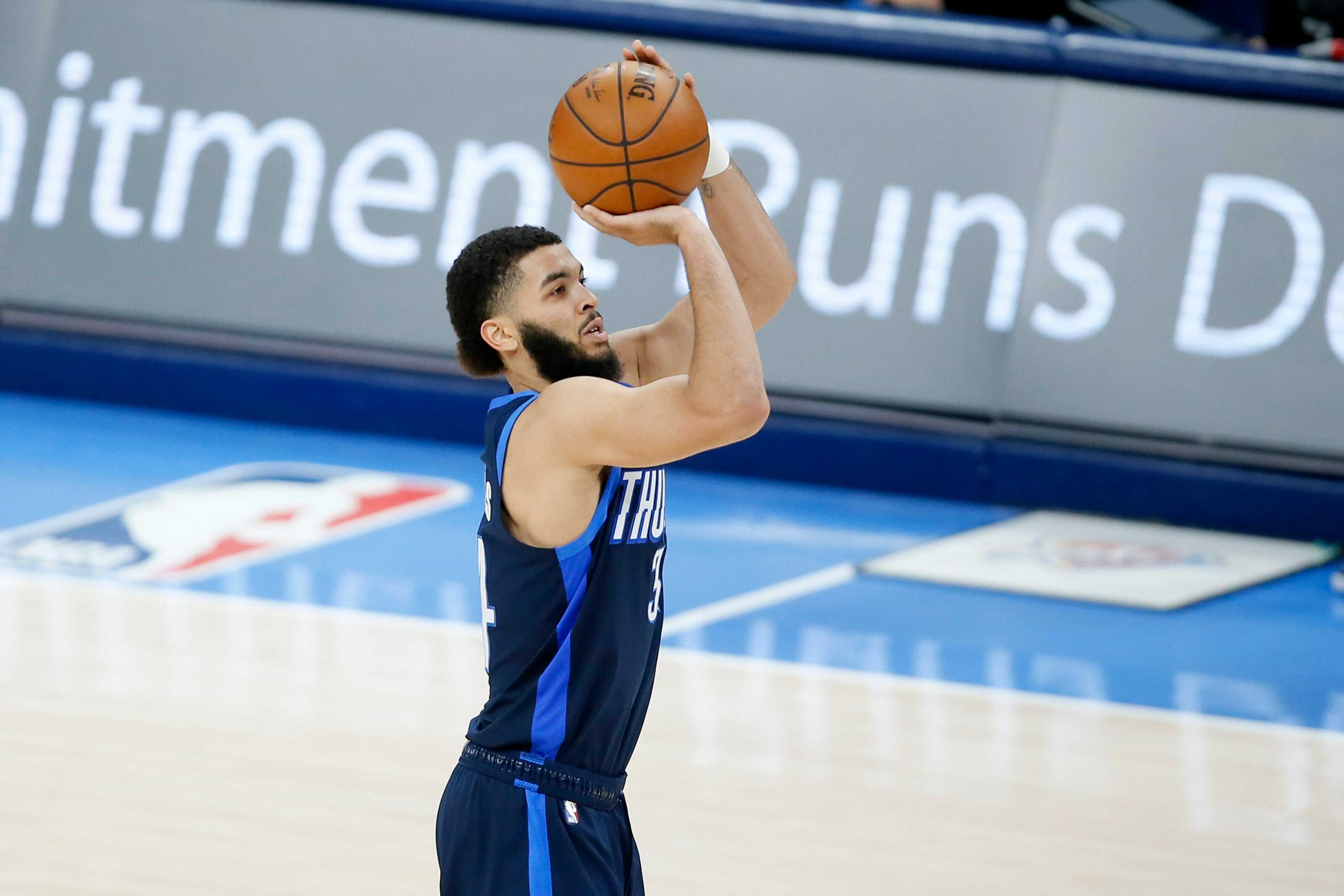 Defensively, Williams could fill a role the Bucks don’t really have filled right now. At 6’6″, 210, he’s at least in the area code of Tucker. PJ is a good deal heavier and as hardened of a vet as you’ll find, but Williams fills the general role of “defensive wing with some size” that Ojeleye hasn’t filled and Pat, Donte, and Grayson Allen can’t fill. A good deal of the playoffs is the ability to adjust to different series. It’s no coincidence that Mike Budenholzer’s best performance in that regard led to a title, even if there were clearly quite a few other factors at play. Williams would be another tool in the box for the summer.

Williams is a 27-year-old making $2 million this year and next. That means there’s no reason that the Thunder need to move him. If they get a favorable deal, they’ll probably take it. If not, they’re also probably pretty comfortable with holding onto him until next year’s deadline and maybe even beyond, depending on the money he demands. That’s going to drive the price of a deal up. I don’t think it goes up to a Donte-level move, but it would likely mean this:

Ojeleye is included purely for salary-matching reasons. Nwora and the picks, meanwhile, would give the Thunder the future assets they seek. There is always inherent risk in trading a young player like Nwora.

That said, I don’t think it’s that much of a risk. Williams has been a solid, continually-improving player for four years. That’s the kind of guy you want to take a bet on, especially when they come with a team-friendly contract that extends through next season. I’m not high on Nwora either. He’s shown zero signs of being anything other than a chucker, and the Bucks simply don’t need that type of player right now. There are so many others you’d rather see creating offense. It’s possible he becomes a useful NBA player at some point, but that’s of no help to a Bucks team trying to repeat as NBA champions. Williams would be a far greater asset for the present.