Bucks: Takeaways from Thrilling Win Against the Nets If you’re a Milwaukee Bucks fan, you’re feeling pretty good after Thursday’s exciting win. The Bucks traveled to Brooklyn to face the Nets one last time and in good Milwaukee fashion, beat them 120-119 in OT. Even though the Bucks were trailing for the majority of the game, it was an outstanding way to come back and win. Let’s take a look at some takeaways from that exhilarating game.

That’s it. That’s the takeaway. Giannis had himself a night on Thursday and was a huge key in their victory. It was a game that you were on the edge of your seat for the length of the matchup. The Greek Freak scored 44 points in 39 minutes of play. It seemed like the Nets’ defense was just unable to put a stop to Giannis as he dominated from the very beginning. He shot 15-of-19 from the line, had 14 rebounds, and put out six assists in the comeback win.

But I bet you’re more interested in the big thing.

Giannis Antetokoumnpo has passed Kareem Abdul-Jabbar as the leading scorer in franchise history. Keep in mind, Kareem is a six-time champion, six-time MVP, leading scorer in NBA history, and Giannis passed him in scoring on the Bucks.

As the discussion of MVP starts to circulate, there’s no question that Giannis should be included in that conversation. At the age of 27, he’s a 2x MVP, NBA Finals MVP, All-Star Game MVP, DPOY, and an NBA champion. He could very well make a case for the best player of all time.

Turnovers Were Hanging with the Bucks 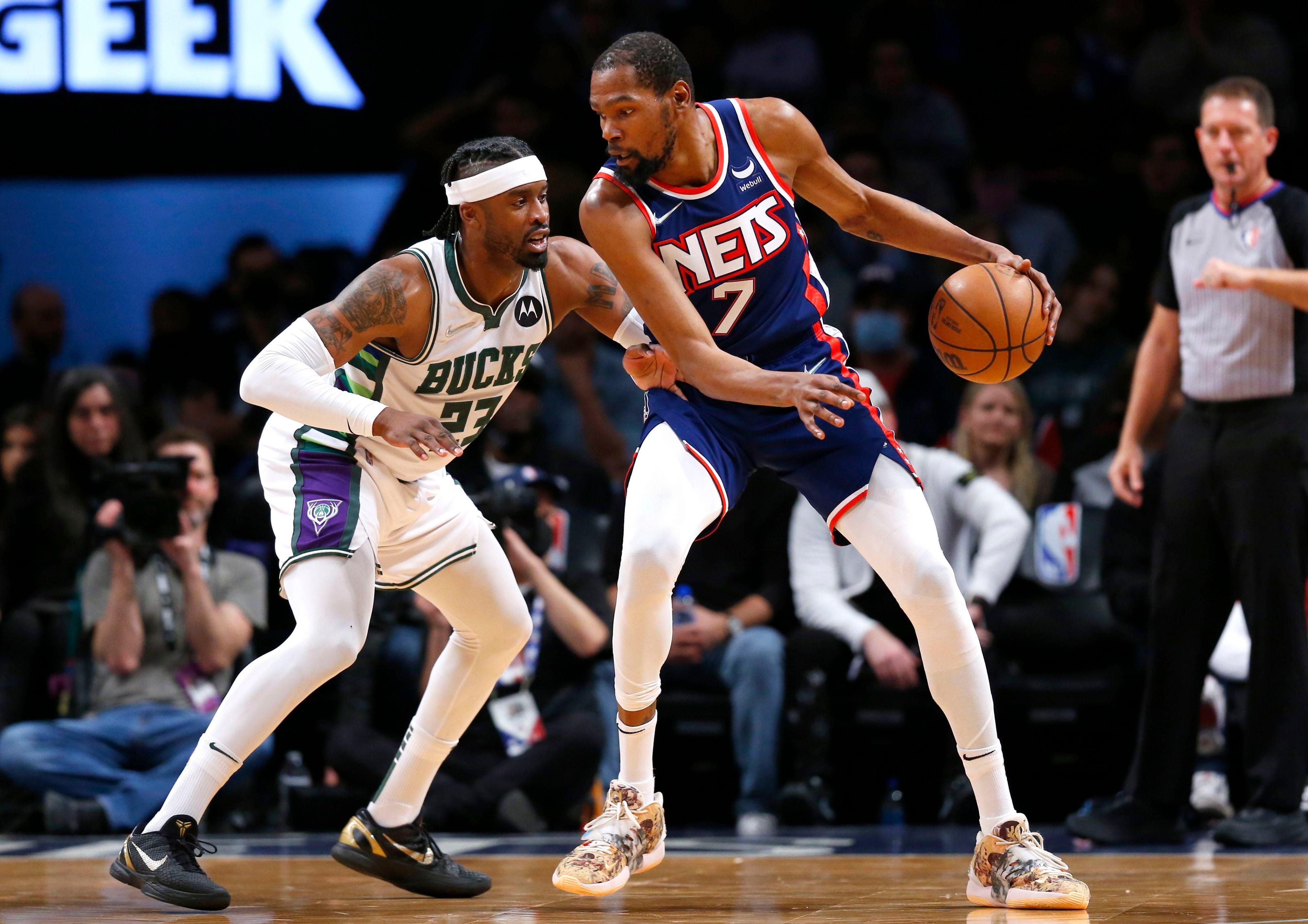 While the Bucks won in a late comeback, it seemed like the consistent problem of turnovers wasn’t leaving them. According to NBA, the team had 23 turnovers in Thursday’s game, a new season high; Not something worth celebrating as the defending champions are looking to up their game as they get down the stretch.

Though we talked highly of the “Big Three”, they had 18 of the 23 turnovers. Giannis led that with eight, which was his second-most this season. The Bucks found it difficult to really target their shots and keep the ball when it was in their possession. Jrue Holiday had six, while Khris Middleton had four and was later ejected in the game for a Flagrant two foul.

The Milwaukee Bucks are playoffs bound.

When the Big Three (Antetokounmpo, Middleton, and Holiday) are playing, the Bucks are 34-9; Middleton tacked on 16 points on 4-of-12 shooting on Thursday, while Holiday added 19 with 6-of-18 shooting.  With this win, the Bucks are now 48-28 and remain on track to get the top seed in the Eastern Conference.

The Bucks are back home on Friday to face the Los Angeles Clippers (37-40). You can catch all the action on Bally Sports Wisconsin starting at 6:30 P.M. CST.