The NBA Champion Milwaukee Bucks (gosh, it still sounds so good to write that) have completed the NBA Draft.  After trading the 31st overall pick, they received the 54th and 60th overall picks.  You can get more information on Sandro Mamukelashvili and Georgios Kalaitzakis here.  With the Draft in the past, the Bucks must now focus on rebuilding the roster so that they can compete for another title.

The Core Is Locked Up

The most important part of having a championship team is having a core of All-Star level players.  The Bucks, thankfully, have already ensured that they have that for the foreseeable future.  Giannis Antetokounmpo, Khris Middleton, and Jrue Holiday are all locked up for the next several years.  With the Big Three under contract, the best is yet to come in Milwaukee. 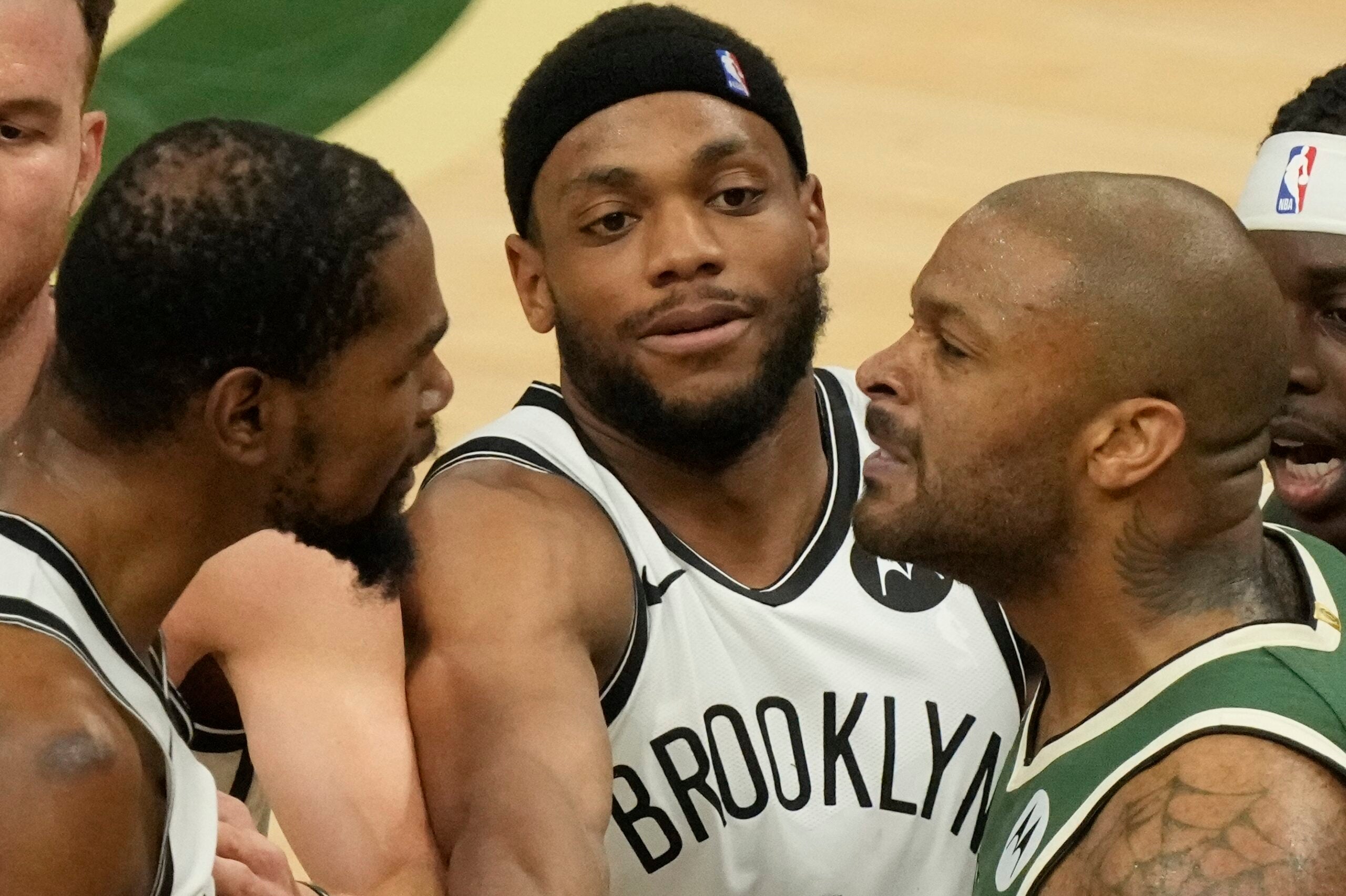 When the Bucks traded for PJ Tucker during last season, he brought the tenacity and edge that the team needed to put them over the top.  According to stories from the locker room, when Giannis first saw PJ in the same locker room as him, he said: “I’m so glad you’re not going to guard me anymore.”  Tucker responded with, “I’m glad I don’t have to guard you anymore.”

When Donte DiVincenzo was injured and out for the rest of the playoffs, it was PJ Tucker who moved into the starting rotation.  Though he never put up big offensive numbers, his defense and “doggedness” on the floor was invaluable to the Bucks’ championship run.

According to several witnesses, when the buzzer went off after the final second of Game Six, Tucker found GM Jon Horst in the stands and mouthed “call me!”  Tucker is a free agent now at season’s end.  Obviously, he wants to be back with the Bucks.  Not only was he a popular locker room presence, but he also became a man of the people in Milwaukee.  Following the Bucks’ Championship parade, he was seen in several Milwaukee bars partying and shooting pool with the fans.

CHAMPIONSHIP PJ TUCKER IS MY MOOD ALL WEEKEND 🍾 (via zachyb_18/TT) pic.twitter.com/mfaMIPeimG

Tucker is reported asking for a three-year $24 million deal.  By all accounts, the Bucks are ready to make that happen.  However, such a deal will leave little room for other signings.  The team can make it work, but they need to figure out what other pieces they can afford before committing to a deal.  What is hopeful, though, is that both sides want to see this deal done. 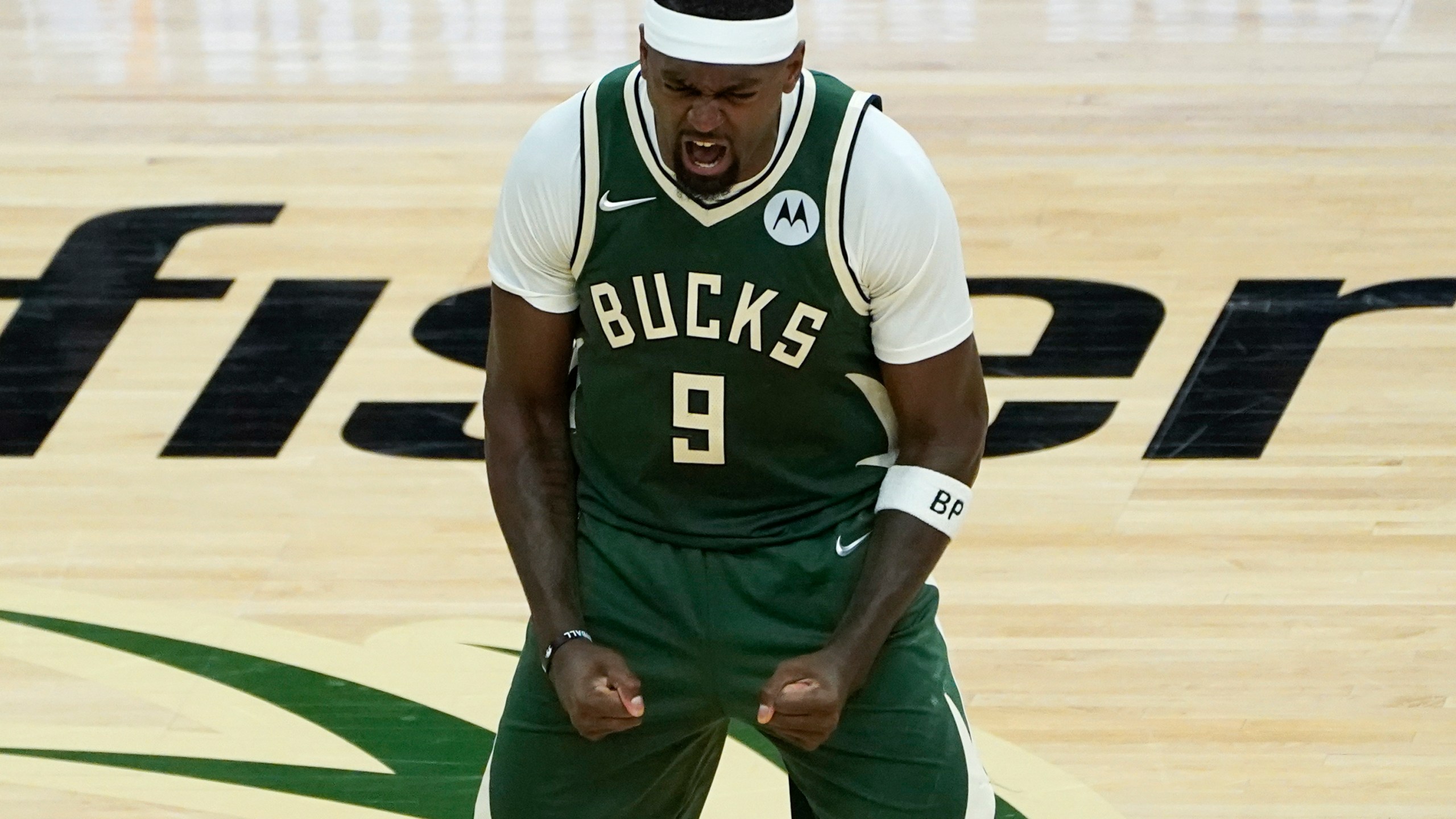 Without a doubt, there are endless reasons as to why the Bucks should bring Bobby Portis back.  Unfortunately, that may not be possible.  Technically, Portis is under contract for next season.  However, it is due to a player option in his deal and rumors are that he is going to decline it.

Now, that is not to say that Portis is unhappy in Milwaukee.  He has spoken on numerous occasions to the fact that he loves the city, the fans, and they love him right back.  The problem is that he will be able to make much more money elsewhere.  Clearly, the decision is weighing heavily on Portis himself:

The realest beef be your heart vs your mind

The Bucks have a little over $5 million to use for the taxpayer midlevel exception.  It is likely, though, the Portis could make even more than that somewhere else.  If Portis does opt out (he is due about $3.8 million if he opts in), the Bucks will need to find his replacement.  One player who could fit the team’s need is Jeff Green.  You can read more about how he would fit with the Bucks here.  Green would not command as much money as Portis, so he is an excellent candidate should Portis and the Bucks part ways.

Jrue Holiday is locked in as the Bucks’ starting point guard for the next four seasons.  What is of question is who will be his backup.  Jeff Teague filled that role after being acquired midseason.  However, due to his age and inconsistent play, it is debatable whether the Bucks will (or even should) bring him back.

It should be noted again that the Bucks do not have very much cap space.  That being said, there are several veteran point guards within their price range.  Austin Rivers, for example, made just over $2.2 million last year and is a free agent.  Another intriguing name is their Finals foe Cameron Payne.  If the Suns keep Chris Paul, it will be difficult for them to retain Payne, who made about $1.1 million last season.  The Bucks saw what he could do in the Finals, he his shooting and experience would mesh well with the Bucks’ current culture.

There may have been questions as to whether or not Coach Budenholzer was the right guy to lead Milwaukee to a title.  Those questions, of course, have now been answered.  For more reasons why Coach Bud deserves an extension, read more here.

What About a Bryn Forbes Replacement?

As reported earlier this week, Bryn Forbes has turned down his player option and will become a free agent.  Forbes made just over $2 million this season, and a replacement may not be hard to find.  However, the Bucks may have his replacement already on the roster.  Last year, Jordan Nwora was picked by the Bucks in the second round.  He played extremely well in limited minutes this season, and is currently making a name for himself at the Olympics.  The money the Bucks save by allowing Nwora to fill in as Forbes’ replacement can go to fill other holes on the roster.