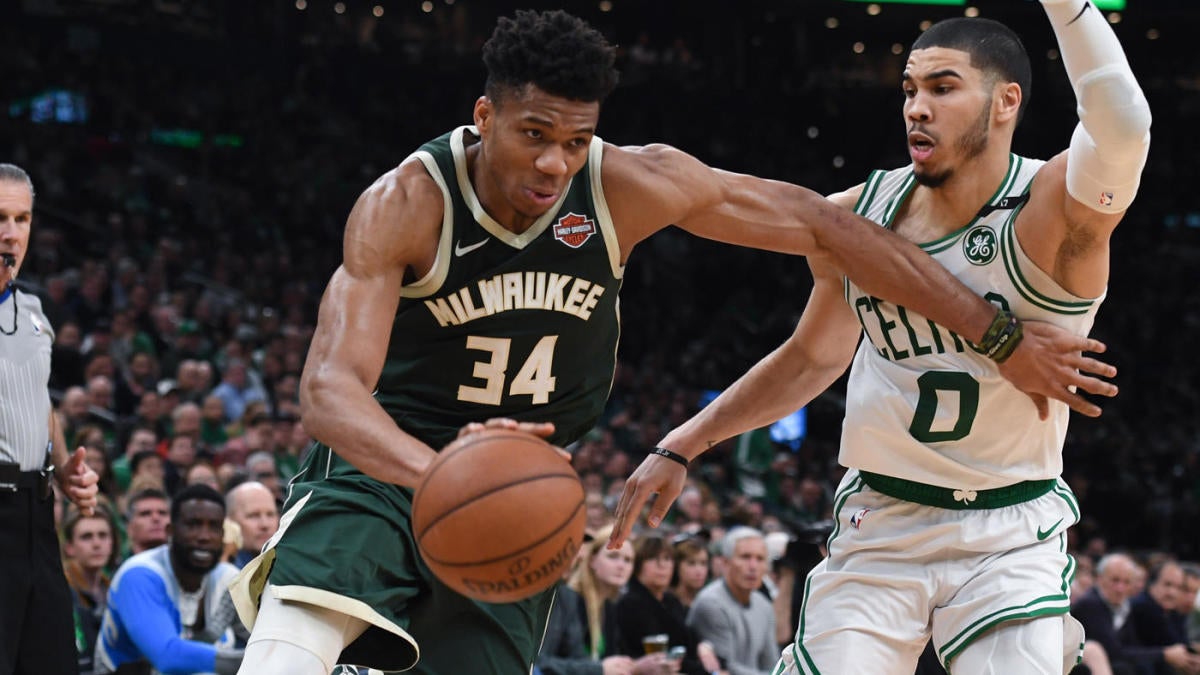 The Bucks preseason struggles carried over into the regular-season opener against the Celtics, falling 122-121. They struggled on both ends of the floor with an inconsistent offense and a defense that was not consistently cohesive. Jayson Tatum took over in the third quarter and the Celtics escaped with the win, despite a furious Milwaukee rally. Jrue Holiday had monumental expectations in his Bucks debut to be the third threat on the team, and he did not disappoint. He showcased tremendous scoring ability with his jump shot and at the rim in transition on his way to 25 points while shooting 10 for 16. In addition, he put his defensive skill set on full display with two steals and a block. His performance is exactly what the Bucks expected and adds versatility to a team with title aspirations.

…While Giannis struggles at times

His numbers were on par with the MVP performances we’ve come expect from Antetokounmpo as he finished with 35 points and 13 rebounds. However, he struggled to create offense for himself or his teammates throughout the first three quarters of the game to go with six turnovers—four of which on offensive fouls. 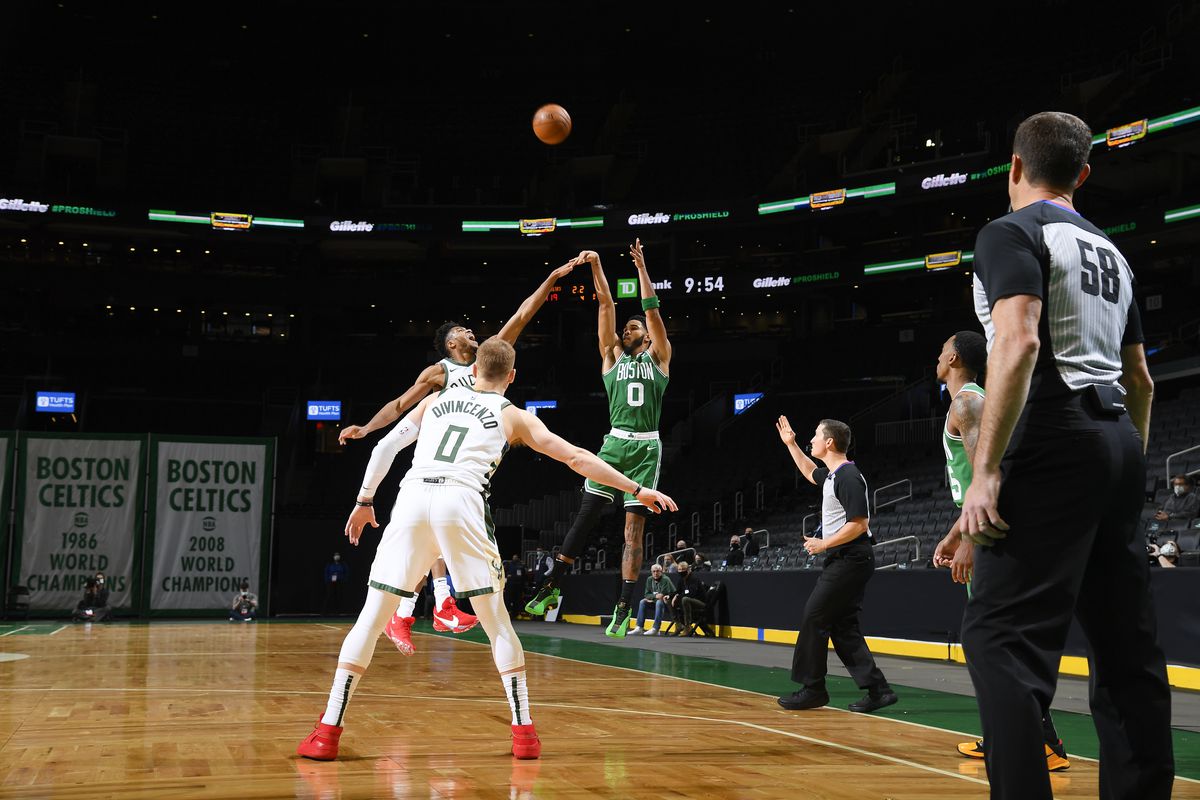 The third quarter quickly became the Jaylen Brown and Jayson Tatum show for Boston as they combined for 22 points on 8/13 shooting in the quarter. Milwaukee’s offense slowed to a crawl here, shooting only 41% from the field and mustering only 25 points. The Bucks consistently looked stagnant on offense—most notably from Giannis who was not effective taking on the Celtics defense inside the arc. This all put the Bucks in a 17-point hole heading into the final frame

Defensive adjustments and a newfound offensive intensity pulled Milwaukee back into the game. The Celtics shot 50% for the game through the first three quarters but were held to much cooler 40% in the fourth. The MVP showed his entire skillset, as he helped will the Bucks into the lead with 18 points and four rebounds. Most importantly, he only had one turnover in the quarter. Holiday showed exactly why the Bucks needed a big-three when he hit the go-ahead shot with two minutes to go. Tatum would return the favor a couple of possessions later with his own incredible shot that banked off the glass and in with 0.4 seconds left in the game. Giannis was fouled at the rim with the Bucks final possession on an alley-oop attempt. He needed both free throws to tie the game and send it to overtime. Unfortunately, he would miss the second free throw with no time on the clock, ending the game for Milwaukee.

Is the Big Three… A Big Four?

Giannis, Khris Middleton, and Jrue Holiday all demonstrated exactly why they have the potential to deliver Milwaukee their first championship since 1971. They combined for 87 points and all shot at least 50%. Not to be lost in the shuffle is the play of Donte DiVincenzo who was seemingly everywhere in the first half. DiVincenzo had 13 first-half points—shooting 3 for 4 from deep—to go with two assists and two steals. He looked decisive, confident, and showed every facet of his game that had Bucks fans salivating at what this could mean for this season.

If the Bucks continue to play as they did in the first three quarters, they could be in trouble. That fourth quarter is a completely different story. That was the team that was the top seed in the East last year, and the one that may be even better this year. They are back in action on Christmas Day against the Golden State Warriors at 1:30 P.M. CST.