The Milwaukee Bucks and the Miami Heat squared off on Monday night at Fiserv Forum. The Bucks were able to take control throughout the matchup and secure their second victory in the series. Three-point shooting and sound defense were the stories of the night. Take a look at the full breakdown and the game MVP in our Bucks vs. Heat recap!

Bucks Dominate in the First Half

In one of the most exciting starts all season long, the Bucks dominated in the first quarter. A quick 8-0 run and a three-pointer from Giannis set the tone for the quarter. After a poor game from three in game one, the Bucks made up for their struggles. Milwaukee matched their total three-point makes in game one in just under 8 minutes. The most notable player from three was Bryn Forbes. Coming off the bench, Forbes shot 4/5 from beyond the arc and notched 14 points in the first quarter alone. Before the end of the first quarter, the Bucks had 10 three-point makes and carried a 46-20 lead into the second. Jrue Holiday made his presence known in the first half. Although he did not have a high-scoring first half, his contributions to his teammates around him were extremely impactful. Holiday added 11 assists to his scoreline. Moreover, Pat Connaughton also had a big first half from three, connecting on all three of his attempts. Heading into halftime, the Bucks held a 78-51 lead. 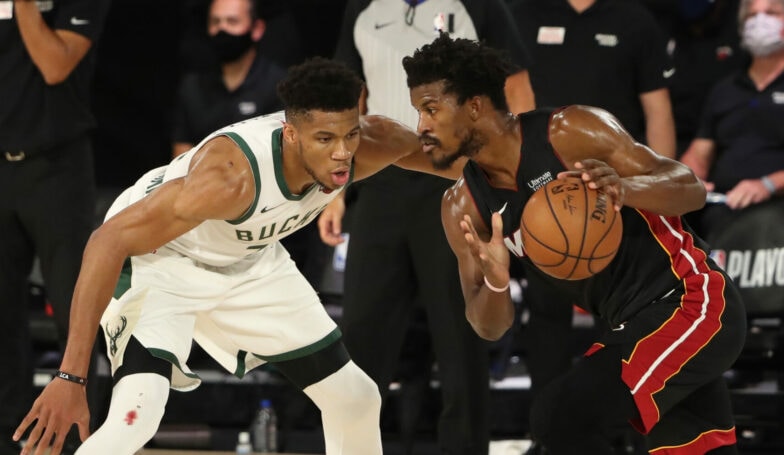 A Strong Second Half

In a long third-quarter filled with fouls, Milwaukee continued to keep their foot on the gas. Three flagrant fouls and a technical foul extended the third quarter leading to plenty of chances for the Bucks to extend their lead. Once again, threes did not stop falling for the Bucks. Milwaukee increased their total to 18 made threes on the night at the end of the third. Once again, Forbes led the bench unit with 22 points with twelve minutes to go. The Bucks took a twenty-nine lead heading into the fourth quarter at 107-78. As the fourth quarter went on, Miami was unable to chip away at Milwaukee’s lead. With just under 7 minutes remaining, the end of the bench players had their chance to play some playoff minutes. The young players such as Sam Merrill, Jordan Nwora, Elijah Bryant, and Mamadi Diakite all got their opportunity as the starters took some time to rest. Jordan Nwora and Sam Merrill each knocked down a three-point shot. Furthermore, Axel Toupane earned two points. Finally, the final buzzer sounded and Milwaukee secured their victory with a score of 132-98. 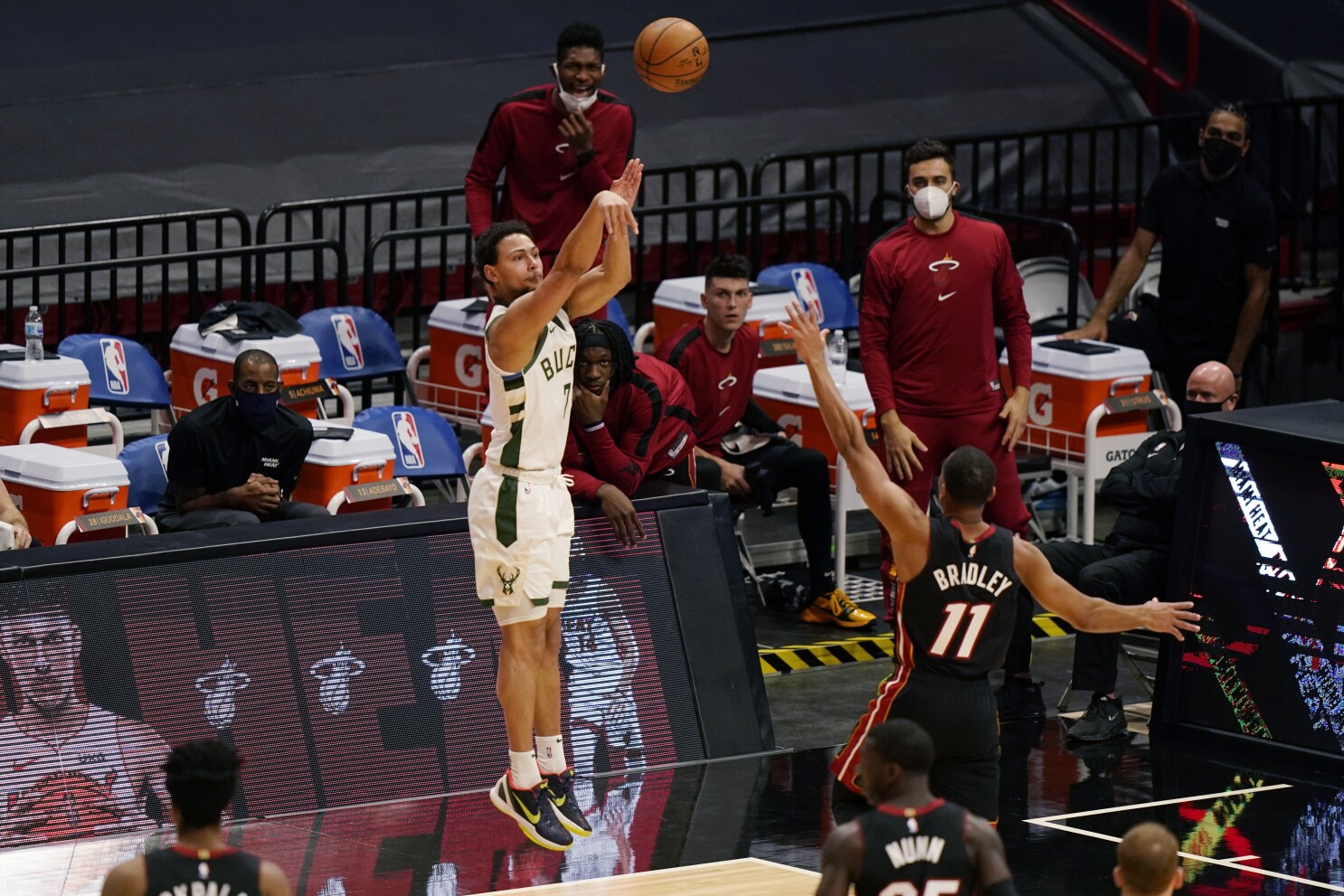 Tonight’s game MVP will go to none other than Bryn Forbes. After the Bucks’ struggles in the first game of the series from beyond the arc, they needed someone to step up. Forbes got off to a hot start and was a large contributor to Milwaukee’s ability to hold a large lead for most of the game. Bryn is a fantastic three-point shooter, as shown by his 45.2% three-point percentage. Furthermore, that percentage landed Forbes at 4th in the league in three-point percentage. He lived up to his three-point shooting expectations and was Milwaukee’s second-leading scorer. While much of the national focus will be on the big three, Bryn Forbes’s contributions should not go unnoticed.

The Bucks now hold a 2-0 series lead as they head to Miami for game three on Thursday. Without a doubt, Milwaukee is in full control. Looking ahead, Milwaukee will have the ability to extend its lead even further on Thursday night. Coming off a victory like the one on Monday night, Milwaukee’s confidence should be through the roof. Now, with two days to prepare, the Bucks will be locked in as they hunt for a 3-0 series lead.