The Celtics come limping into Wednesday, no pun intended, with Kemba Walker out for the beginning part of the season. This equals more Marcus Smart and newly acquired Celtic Jeff Teague at the point guard spot. Jayson Tatum and Jaylen Brown headline the offensive production, a truly dynamic duo in this Eastern Conference. With new draft picks Aaron Nesmith and Payton Pritchard, the C’s got younger, while also bringing back most of their core from last season. Similar to last year, this will be a team that is going to be in contention all year long.

This is a brand new Bucks squad. Out go Eric Bledsoe and George Hill, and in comes two-way star Jrue Holiday. With Giannis Antetokounmpo fresh off a super-max extension, this team will come in hungry. It will be interesting to see how Khris Middleton starts this season after a disappointing finish in the Orlando Bubble. Along with other contributing players back like Brook Lopez, Donte DiVincenzo, Pat Connaughton, DJ Wilson and mo re, the Bucks are looking forward and moving past last year’s 4-1 second round loss to Miami. The new additions of Torrey Craig, DJ Augustin, Bobby Portis and Brynn Forbes will also be key, as well. 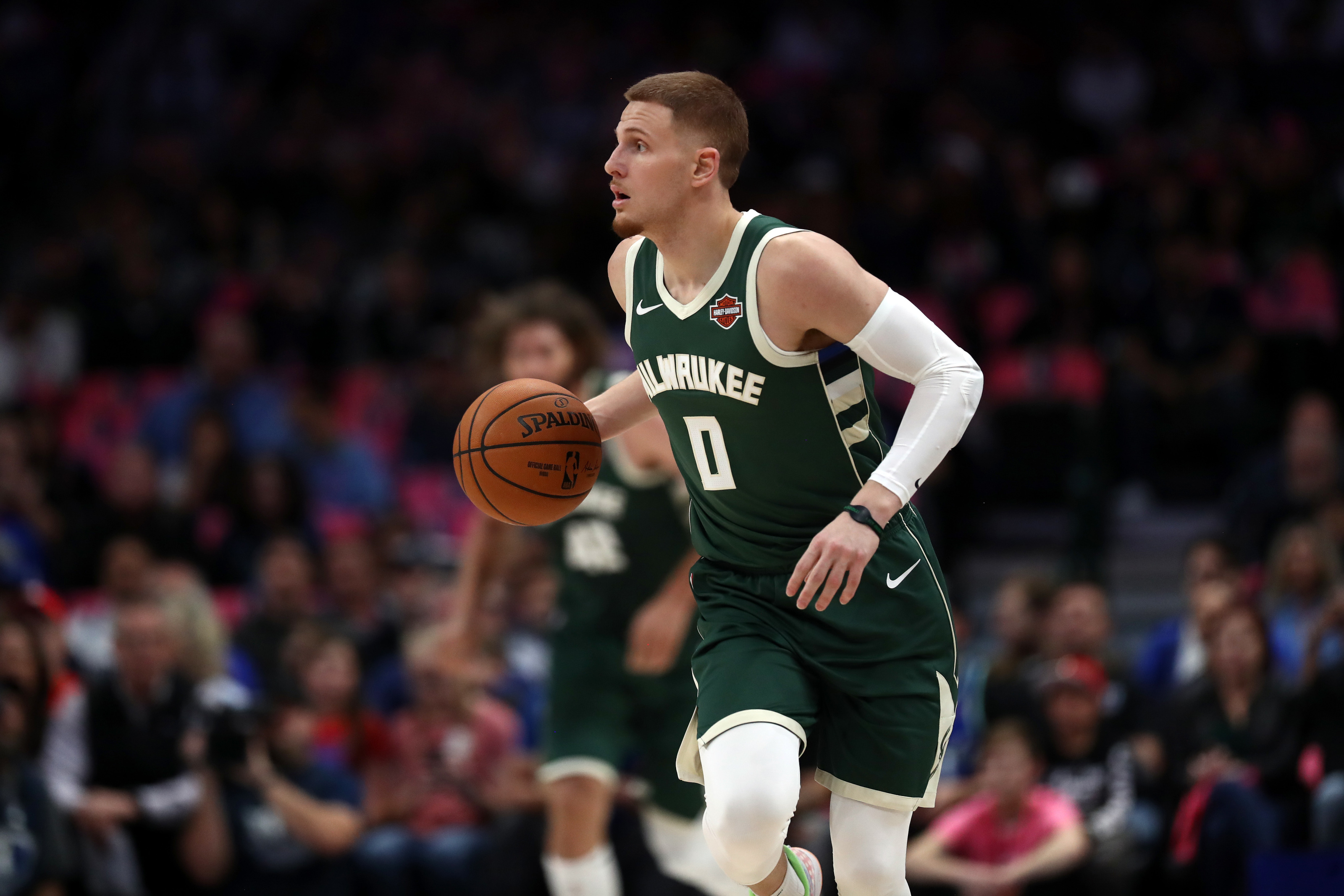 DiVincenzo’s development will be crucial for the Bucks to have early season success. Now without George Hill and Eric Bledsoe, a lot of that offensive and defensive responsibility will fall on his shoulders. If it were not for the Bogdan Bogdonavic trade falling through, DiVincenzo would be in Sacramento. With that being said, this season can be a “prove it” year for the young guard from Villanova. It really is now or never for “The Big Ragu.”

Giannis will be Giannis, plain and simple. The Bucks still had the privilege of boasting one of the league’s top defensive teams before the playoffs, so watch out for how they approach Boston’s smaller, quicker lineup. The game will be close the whole way, with Milwaukee forcing Boston to foul towards the final seconds, resulting in free throws and a 1-0 start to the year.

The Bucks next game will be on Christmas Day at 2:30 P.M. for their home opener against Golden State.