The Milwaukee Brewers are less than one week away from the beginning of the 2022 season. For a while, it did not appear that a season would happen. The MLB Players Association and owners were engaged in bitter negotiations that did not bring results for months. However, the lockout ended and Spring Training commenced three days later. Now that teams are wrapping up their games and setting their rosters, I have three takeaways from the Brewers’ Spring Training games down in Arizona. 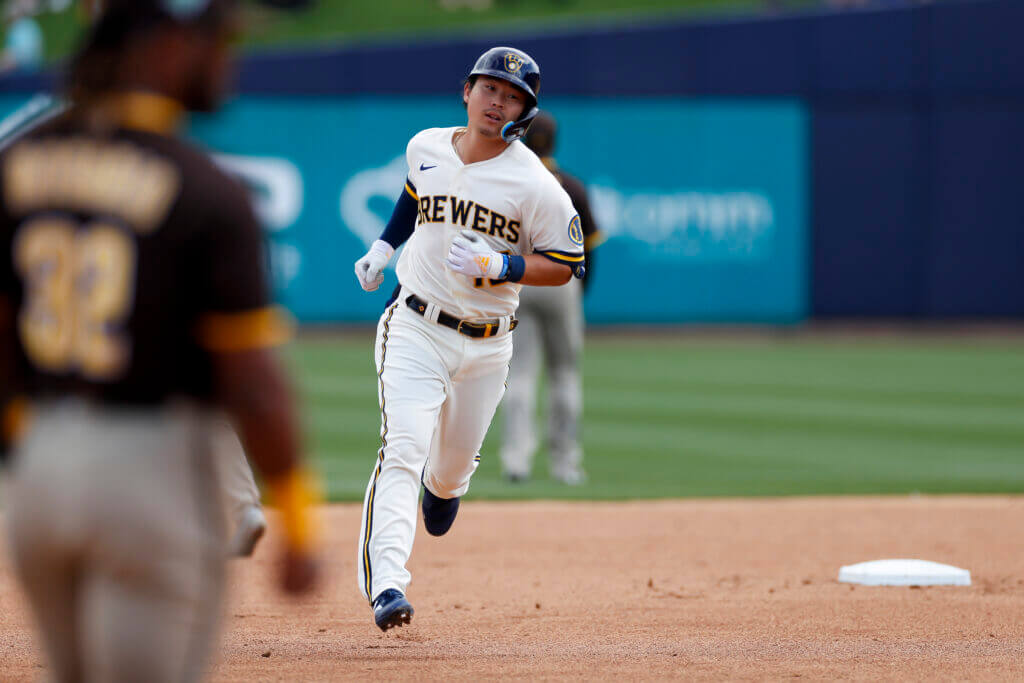 Going into Spring Training, Brewers manager Craig Counsell was frank about Hiura’s struggles. He said that he had to earn a place on the roster, that he had to show vast improvements. Keston Hiura has not disappointed.

In 22 at bats this spring, Hiura is hitting .409/.500/1.045 with four home runs and 10 RBI. For reference, Hiura hit four home runs in 173 at bats all of last season. Part of the reason for this improvement is that he has been working with coaches to fix his high leg kick. If Hiura can hit this well during the regular season, it will go a long way to fixing the Brewers’ offense.

One of the areas in which the Milwaukee Brewers have a ton of depth is in the outfield. Christian Yelich and Lorenzo Cain, of course, are there. Hunter Renfroe was acquired before the lockout and is expected to start in right field. The Brewers also signed former NL MVP Andrew McCutchen, who had 27 home runs last year with the Phillies. Then there’s Tyrone Taylor. Taylor has played every outfield spot the Brewers have asked him to, and he has provided consistent offense at the plate.

The presence of Tyrone Taylor on the roster presents the Brewers with many intriguing options. With the DH in the NL this year, any one of the five outfielders can get more at bats in that role. It should also be noted that Keston Hiura will be playing some outfield this year as well, too. The Brewers’ top three prospects are also all outfielders. If Taylor continues this pace of hitting, he will either find a spot in Milwaukee permanently very soon or be traded.

This brings us too…

#3- The Brewers Need Depth at Third Base

Luis Urias emerged as quite the hitter at the position last season. He hit .249/.345/.445 with 23 home runs and 75 RBI in 150 games. Unfortunately, he injured his quad running to third base in his first spring training game. The Brewers knew he would be out for some time, but his recovery is taking longer than expected. That has made the Brewers and their fans all-to-aware of the lack of depth at third. Jace Peterson, Mike Brosseau, and Pablo Reyes are all options for the Brewers to start Opening Day, but none are going to have the impact of Urias. Hopefully he is not out too long, but in the meantime, the Brewers may be shopping around.