Brewers: Things That Need to Happen in 2023. It’s been a rather quiet offseason for the Milwaukee Brewers. Most of the top free agents that would’ve been good fits in the 414 have been signed to other teams; Why are the Brewers sitting back?

Milwaukee hasn’t been entirely quiet this whole time, however. They have made several trades in the last two months, acquiring players such as Jesse Winker, Owen Miller, Abraham Toro, Janson Junk, Elvis Peguero, and Adam Seminaris. They’ve also made some minor league moves in the likes of Eddy Alvarez and Tobias Myers.

The most notable move that the Brewers have made that’s really worth talking about was the three-team deal that brought William Contreras and Joel Payamps to Milwaukee. Even with these names being signed to the team, it doesn’t feel like it’s enough to patch up holes that are currently present in the Brewers’ depth chart.

It’s time for Milwaukee to start making some noise and make some moves. Spring Training is coming up and they can’t sit back in silence while all of these good players are being snatched up. Here are just a couple of suggestions on what the crew can do in order to make 2023 a great year.

With the acquisitions that are being made this offseason, things aren’t looking great for Keston Hiura going into 2023. Acquiring players like Abraham Toro and Owen Miller and having Mike Brosseau on the team, in a way solidifies that there isn’t a place for Hiura on the roster anymore.

When comparing versatility in Toro, Hiura, and Miller, Hiura lacks the defensive versatility that is desperately needed for Milwaukee to thrive. Not to mention, his offensive production is super spotty and isn’t always reliable. Sure he had some notable moments in the 2022 season, but you can’t just hope for those moments to happen all the time. The team needs consistency, which is something they lacked last season.

The Brewers have been able to send Keston Hiura to Triple-A Nashville to get him some regular playing time, but he has since run out of options. Trying to find a new home for Keston Hiura, finding him a place where he can get in a consistency groove, a place that will give him more chances than what Milwaukee can allow him. 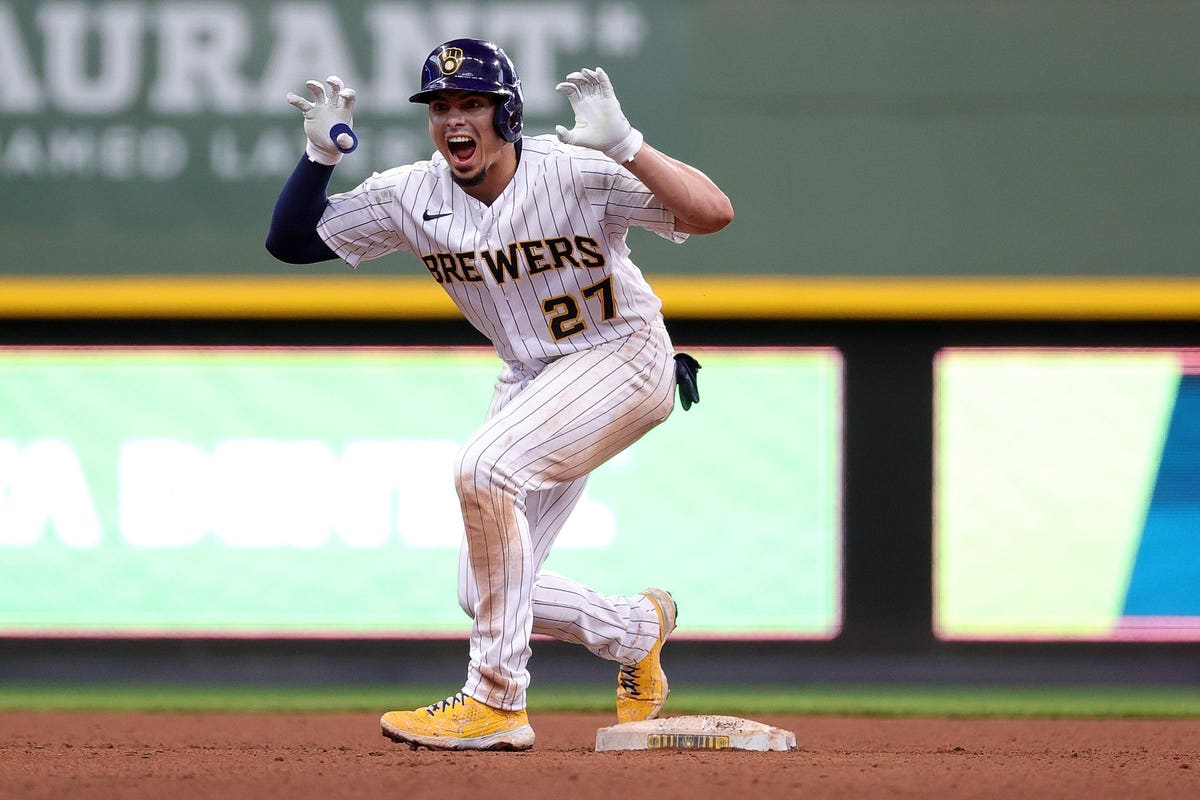 Milwaukee does have a decent amount of money to spend. In 2022, the Brewers’ payroll was around $133MM, whereas this year looks to be a bit of a decrease at $112MM. This could be due to the fact that the crew traded away veterans that were worth high dollars for some ‘cheaper’ players.

Clearly, they’re not spending it on free agency, and that can only lead us to think they’re trying to formulate some sort of contract extension for key players.

Ideally, the Brewers would offer extensions to key players such as Corbin Burnes, Brandon Woodruff, and Willy Adames. All three of those respective players have two years until they reach free agency, but, now would be the time to extend one if not all of them. The more and more that we wait, the more difficult it’ll be to negotiate a deal that works out for both the player and the team.

Asking for all three to receive an extension feels like a fever dream, but at least getting one out of the way would probably be a huge weight lifted off of Arnold’s shoulders. 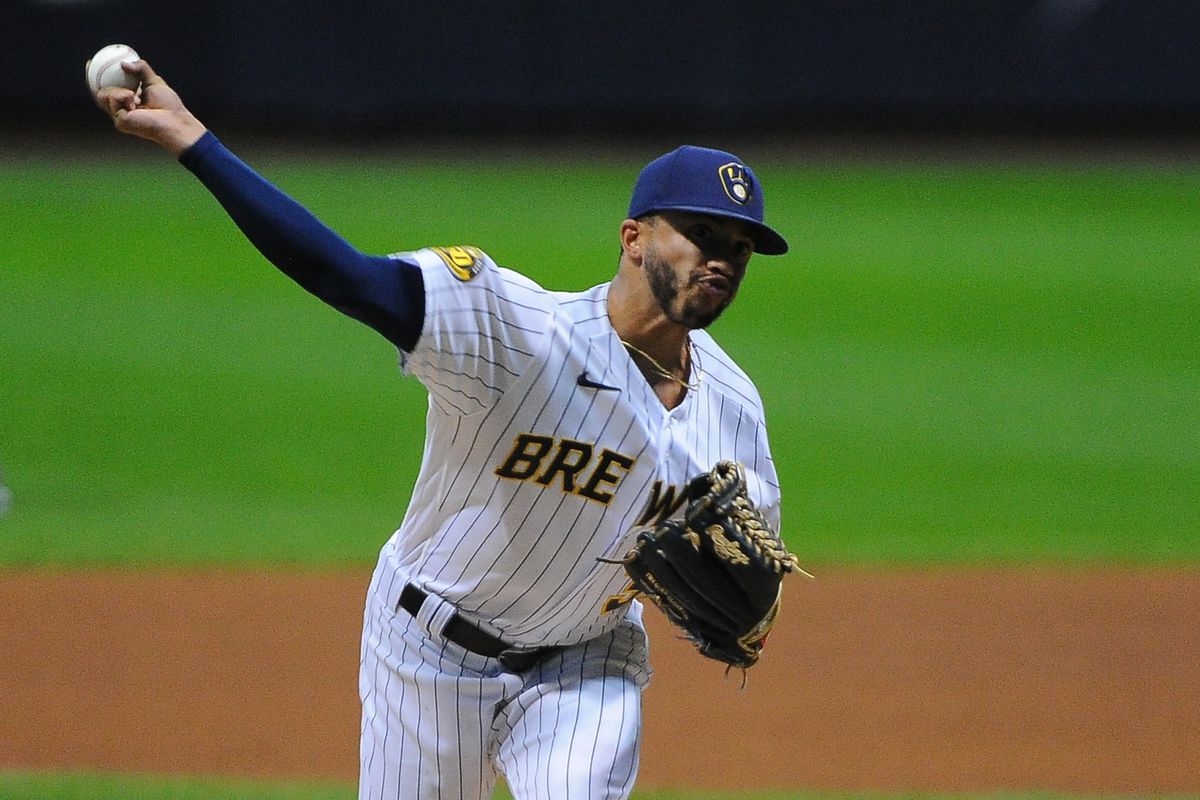 Brewers pitching was projected to be one of the best in 2022, but lack of consistency and injuries plagued the rotation and the bullpen. So far, Milwaukee has acquired Janson Junk from the LA Angels and are hoping he will a good addition to the rotation. He’ll add some depth to the group, but there still is more than can be added to make the starting rotation even stronger.

Right now, the starting rotation has Corbin Burnes, Brandon Woodruff, Freddy Peralta, Eric Lauer, Aaron Ashby and Adrian Houser. And while all of these guys have strong, reliable arms, you can never go wrong with adding a little more depth.

Milwaukee could also explore the free agent market for pitching. A name like Wade Miley, who pitched a solid 3.16 ERA with the Chicago Cubs last year would fit in for even a one-year deal for the team. The Brewers have a very heavy load of right-handed pitchers, but lack in the lefty department.

The Brewers have been working on addressing the bullpen depth after departing with Brent Suter (Rockies), Brad Boxberger (Cubs), Trevor Gott (Mariners), Luis Perdomo, Jandel Gustave, Josh Hader (Padres), and Taylor Rogers (Giants). A lot of names gone leave a lot of holes on the chart for Milwaukee. The Brewers have recently signed Thomas Pannone to a minor league deal with an invite to Spring Training, but nothing really has come of it.

They could also explore the free agent market for the bullpen and bring in some familiar names. Jimmy Nelson is back on the market after missing the entire 2022 season due to injury. When healthy, though, Nelson is a valuable and reliable pitcher. The injuries do raise a cause for concern, so putting him in the starting rotation wouldn’t be ideal, but having him as a relief arm would bring some help to the Brewers.

The infield as a whole for Milwaukee is rather thin. No more Kolten Wong and Jace Peterson to rely on means that we’ll likely see some changes at both second and third base. Sure the Brewers acquired Jesse Winker, but defensively, he just isn’t reliable. It’s likely that Winker will primarily serve as a DH for the team.

Luis Urias had some high expectations going into the 2022 season. Unfortunately, he didn’t really live up to those standards as his offensive production dropped. It was a significant drop off, and one that made people lose confidence in him. Urias will probably see most of his time at second base in the absence of Wong, so the Brewers need to explore the market for a third baseman.

A name that comes to mind is Yandy Diaz of the Tampa Bay Rays. Diaz would be a great free agent target for the Brewers to pursue. While his defensive stats aren’t phenomenal, his offensive production definitely makes up for that. Diaz slashed .296/.401/.423 with 78 walks, 33 doubles, nine homers and only 60 strikeouts. Baseball Reference is projecting him to hit .270/.367/.401, double the 33 doubles to 66, and even steal a couple of bases.

Mike “Moose” Moustakas was recently designated for assignment by the Cincinnati Reds. Moustakas was a fan favorite during his time in Milwaukee. He was a crucial part to the Brewers’ 2018 postseason run, and was even an all-star in 2019. However, injuries plagued him as well once he signed with the Reds. Over the last three years, he’s only appeared in 187 games. Struggling to stay healthy is a definitely a concern, but bringing him back wouldn’t be the end of the world. Plus, he has experience playing 3B and that’s exactly what the Brewers need right now. It wouldn’t be awful for Matt Arnold to look into signing Moose to even a one-year deal.

We still have some time before the 2023 season begins, but if the Brewers want to have a better season and potentially go all the way, they should consider some of the things mentioned above. Seeing the Brewers go to the World Series this year would be super nice, just saying.