The Milwaukee Brewers have held first place in the NL Central for a good portion of the season. Players continually show out and be a name to talk about. Tyrone Taylor has definitely been one of those players. 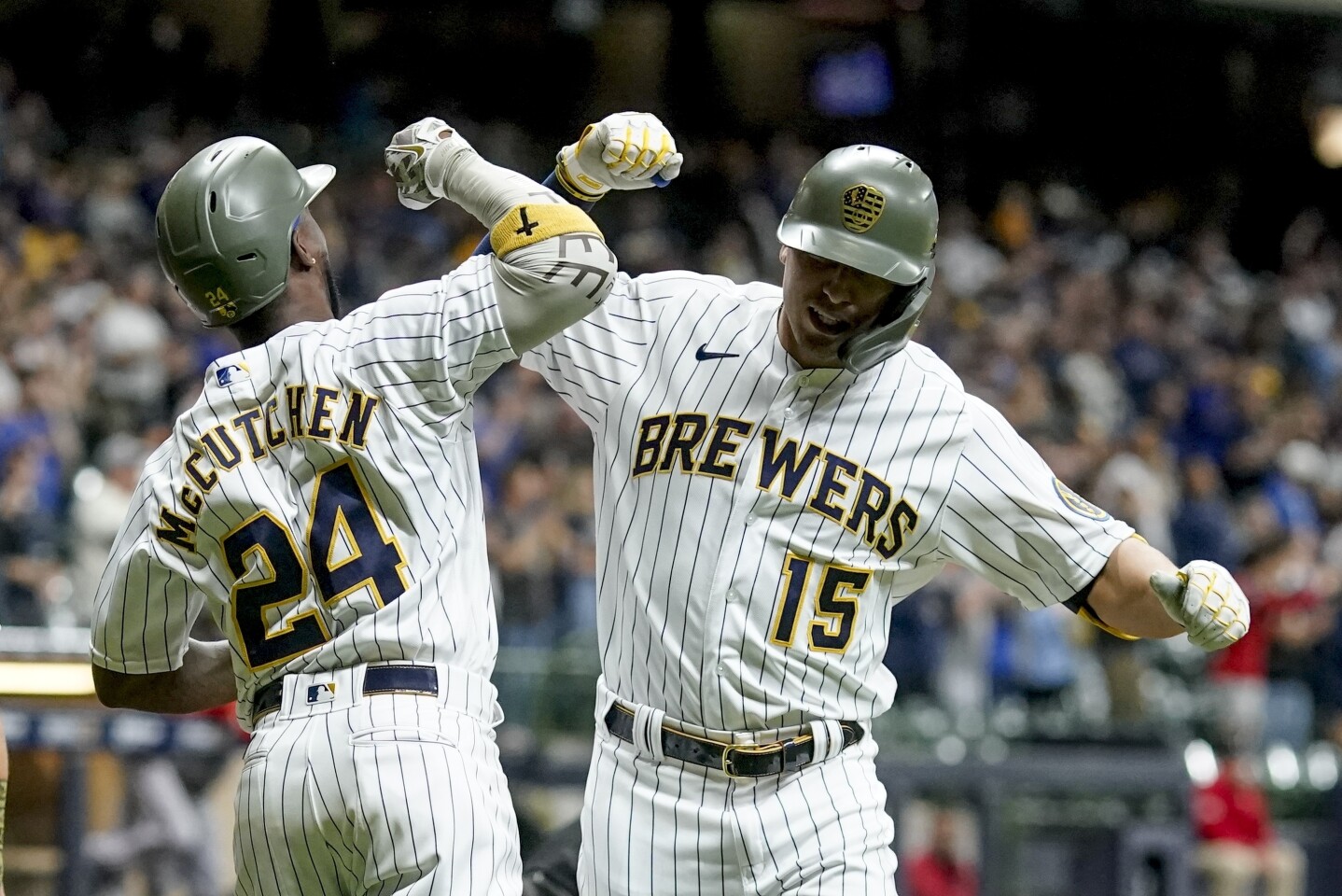 Tyrone Taylor was drafted in the 2nd round of the MLB Draft to Milwaukee a whole decade ago. While it took some time for Taylor to get up in the big leagues, he made his major league debut in September of 2019. Since then, he’s been a force to be reckoned with, and it doesn’t look like he’s stopping any time soon.

On the season, Taylor has appeared in 29 total games; 26 of those where he’s started in the outfield. To break that down even further:

He’s flashed a Gold Glove moment or two this season, improving in his defensive performance. No matter where he’s placed in the outfield, Tyrone Taylor comes ready to play, and ready to flash that leather.

Coming from an offensive standpoint, Taylor has made 106 plate appearances so far this year. He currently is posting a line of .242/.292/.444 with an OPS of .737, OPS+ of .737, four home runs and 17 driven in. While the home run number is low, the offensive production from Taylor has certainly been a huge help for the Brewers. The three-game series in San Diego brought six RBI’s for Taylor.

Additionally, Taylor has also hit three home runs in his last four games. His most recent being a three-run blast on Tuesday night in San Diego; The Tuesday win for Milwaukee broke San Diego’s five-game winning streak, too.

His third HR in four games gives us the lead!#ThisIsMyCrew pic.twitter.com/61ZGPbPEmV

By the looks of it, things are only going up for Tyrone Taylor. We have to always look at scenarios of what could happen, though.

It was an initial concern when the Brewers traded away Avisail Garcia and welcomed Andrew McCutchen and Hunter Renfroe. Despite it being a crowded outfield, Taylor has found his way into that crowd, and has definitely made a mark.

The begging question was if Taylor was going to get a lot of playing time with this being Lorenzo Cain’s last contracted year. Cain has already shown his offensive struggles, only holding a batting average of .186.  Nonetheless, there’s always that concern for injuries as they riddled LoCain last season, so that opens up another door for Taylor to have more playing time. Cain told the Journal Sentinel about Taylor that “he’s a hard worker, goes about his business the right way and always has a smile on his face.”

With Hunter Renfroe recently placed on the IL with a hamstring strain, that also will give Taylor a bigger opportunity to have a near-everyday role in the near future for at least a short period of time. It also wouldn’t be a bad thing to see Tyrone Taylor as a DH either given his offensive production lately. There are all of these opportunities available for Taylor to have that optimal playing time, now it’s just up to Craig Counsell to actually make the smart move and put him in games regularly. So far, so good.

It’s about time that Tyrone Taylor is getting the playing time he rightfully deserves. He’s put the work in for a long time and truly is a positive asset to the organization going forward.