Since the Brewers kicked off the 2022 season in Chicago on April 7th, fans have had three continuous weeks complaining about the team’s offensive output. With the struggles of last September flowing into early 2022, fans have a reason to be concerned and quite frankly pessimistic. However, Through the first 20 games of the season, Milwaukee is 13-7 and leading the NL Central. Let’s take a look at why Brewers fans should be excited for what’s to come. 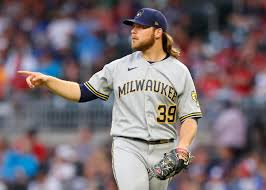 It was no secret coming into the year that the Brewers would be relying on their pitching. Through the first week of the season, Brewers pitching certainly looked the part of having a short spring training. Brewers starting pitching, including Burnes, Woodruff and Peralta, had some less than stellar starts and struggled with command early. Many of these pitching woes early were attributed to how quickly the pitchers had to ramp up at spring training. Brewers pitching quickly started to return to form following the first week.

Along with Corbin and Freddy, Eric Lauer has turned some heads. Lauer, a growing lefty, has increased his velocity on the fastball and brought in national attention following Sunday night’s game in Philly. Lauer threw 6 innings of scoreless ball while striking out 13 batters. It was a moment when fans everywhere were able to see the emergence of a potential 4th star in this pitching rotation. While the starters get a lot of the attention, the back end of the bullpen has been no slouch.

10 strikeouts for the first time in his career! And leaves the bases loaded! pic.twitter.com/V8DefiHs1y

Josh Hader, the best closer in baseball, has followed up his Reliever of the Year award in style. Through 10 appearances, Hader has 10 saves allowing just two hits through 9.2 innings pitched. Hader has also thrown a K on the board against 15 batters and just four walks. Along with Hader, Trevor Gott has been a bright spot allowing only two runs through his first 7.1 inning of bullpen work.

The Brewers pitching has no doubt been a key to the 13-7 record so far and will continue to lead this team to potential NL Central title.

McCutchen Finding a Home in Milwaukee

Brewers fans have seen what David Stearns and company saw in McCutchen during the offseason. McCutchen has looked every bit the part of a steady veteran presence in the lineup. Cutch has a team leading 4 doubles through the first 20 games hitting .250 with 9 RBI. McCutchen has been one of the brightest spots in a slumping offense and his time around the league will no doubt rub off on the other struggling members of this offense. With a guy like that looking and feeling good, others will be soon to follow.

Adames came out of the gates hot hitting .261 through the teams first six games of the season. Adames quickly saw the batting average fall with just two hits through the next seven games against St. Louis and Pittsburgh. Adames saw his average bottom out to .167. All of that changed on Tuesday night when Adames clubbed two home runs and drove in a franchise record 7 RBI. With Adames finding his swing at the top of the order, the Brewers offense could see a spark from one of their clubhouse leaders. Adames is still getting better and that will be a very scary thought for other teams across the league.

Have a night Willy Adames!

Alright, here comes a sentence of venting. The Brewers offense has not been good, in fact, it has been bad through the first 20 games. Fans have grown restless watching this team that is built to hit home runs struggle in the power department. With the fourth lowest team batting average in the league, the Brewers simply have struggled to get runners on base. Coinciding with this is a lack of contact has been a slump in power. While much is being made about the “Dead” baseballs in circulation this year, the Brewers have hit just 14 home runs. This number ranks them 21st in the league.

Christian Yelich remains a concern for Brewers fans as well. After hitting his first home run of the season in grand fashion, fans were quick to say he’s back, but is he really? Yelich has hit just .197 through the teams first 20 games and has struck out 19 times. Yelich remains a key piece of this offense and the Crew needs to get him going. 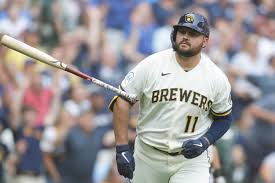 Now, 14 home runs through 20 games isn’t an end of the world of the scenario, but it is disapointing for a team playing in a hitter friendly park built on power. For the common fan watching Brewer games, however this is a noticeable bright spot. The Brewers have hit a TON of loud fly balls. Hunter Renfroe himself, has seemingly hit a dozen missiles that just miss the sweet spot and up as long fly balls. This is a major positive going forward. Many of these hitters are close to breaking out of the slump and once they do it could lead to runs and home runs in bunches.

Alright, everyone breathe now! For a team that ranks near the bottom of almost all major offensive categories, the Brewers are have still mustered 13 wins. The Brewers are currently showing that with a poor offense, they will be competitive. This many major league hitters on a team cannot continue to struggle for a full season. This offense will turn it around and bust out and once they do, this team will be winning left and right. With the Brewers able to go 13-7 through 20 games like this, the team is built to withstand the “Dog days of summer” in July and August. While many teams will be struggling through the hot Summer months, the Brewers know that if the offense sputters, this team is still capable of winning games. The only major question is when will Christian Yelich get it figured out? 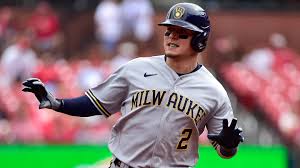 Luis Urias on His Way Back

Perhaps one of the most exciting things is going to be the return of Luis Urias. Urias tweaked his hamstring early in Spring training and is slowly progressing back to the Brewers. Urias is one of the Brewers major breakout candidates once he is back in this lineup. The Brewers have a glaring need for offensive production from the third base position and Urias provides just that. After hitting .249 with 23 home runs last year, Urias is expected to be a major piece in the Brewers playoff push.

Urias has began his rehab assignment with Double-A Bilox this week. The Brewers will be careful bringing him back into the fold and when he is available will most likely be eased into things. With his rehab starts going well, the return of Luis Urias cannot come soon enough for the Brewers.

The Brewers have had a rollercoaster of a first 3 weeks of the season. This team has looked good and looked awful all in one swoop, but as the season rolls on this team is showing what they are capable of. The Brewers will be contending for the NL Central this year and once the offense finds its groove, it will be a glorious sight for Brewers fans everywhere.