Another week, another MLB Power Rankings list was released. We’re heading into the final month of the 2021 regular season and Brewers fans are getting very excited for the postseason. It seems that there are many power rankings lists released that put the Milwaukee Brewers in either fourth or fifth place; And the crew tends to just sit there. However, contrary to that belief, the Brewers ultimately should be top two, if not the top spot of the MLB Power Rankings.

The Brewers took game one against the second place Cincinnati Reds for the final time on Tuesday night and while other teams are doing well, the Brewers aren’t getting the proper credit they deserve. Now with four straight series after taking two out of three from both the Cardinals and Nationals this week, they run the NL Central. Since August 10, they have won 10 out of the 13 games played, pitching has been dominant, and offense is continuing to light that flame. With three Cy Young candidates in their rotation, big things are sure to happen.

These power rankings don’t really mean much in terms of where the teams will land come the end of the season. But, it puts things into perspective on where these teams are and how they’ve been performing. Bleacher Report and Ben Verlander of FOX Sports have placed the Brewers in fourth place; Whereas MLB.com’s list puts the crew in fifth behind the Houston Astros.

While MLB has their power rankings, I thought it would be interesting to make up my own top ten.

While they sit 8.5 games behind the first place Brewers, the Reds will be battling the San Diego Padres for that NL Wild Card spot. Joey Votto has been a force to be reckoned with and is well on his way to 40 home runs. We’ll see who takes the final series matchup this week in Milwaukee.

The A’s have a 3-9 record over the last 12 games, which is surprising. They started the season off red hot, but with RHP Chris Bassitt recently put on the IL with facial fractures, that does hinder the A’s as they look to make the postseason.

The Braves are 17-3 since the trade deadline which includes sweeps over the Miami Marlins, Baltimore Orioles, and Washington Nationals. They currently hold a 4.5 game lead in the NL East, 6.5 games ahead of the New York Mets, who have lost their last two series against the LA Dodgers and SF Giants.

It’s the Astros. That’s it.

I would love to see a Brewers/White Sox World Series matchup; They have shown time and time again that they can beat the really good teams among the American League. But, something tells me that they’ll find a way to clinch that AL Central title. They snapped a three-game losing streak on Tuesday night, beating the Toronto Blue Jays 5-2; The team racked up 18 hits, helping Dylan Cease have one of his best starts all season.

The Yankees hold the best record in August of 18-4 and swept the Boston Red Sox in a three-game series. They also have an 11-game winning streak, so you could say they’re the hottest team on the east coast. They continue to win, and continue to solidify their AL East Wild Card spot, sitting 2.5 games above the Red Sox.

At the trade deadline, the Dodgers laid down all their cards and acquired Max Scherzer and Trea Turner from the Nationals. Since then, they’ve gone 17-4, and are 9-1 in their last 10 games. They’re sitting 2.5 games behind the Giants, but they’re rolling and don’t plan on stopping. Something just tells me that we might see another Dodgers/Brewers match up come October.

This team is something special. Ever since the acquisition of Willy Adames back in May, the Brewers have looked like an entirely different team in comparison to their 2020 team. Our pitching staff holds an ERA of 3.45 with 11 saves in the month of August. Our starting rotation and even bullpen have been elite, definitely worthy of some awards come the end of the season.

It really has been unusual to see the Giants at top. Fans are so used to seeing the Dodgers atop the NL West, but the Giants continue to stay on fire. They became the first team across all MLB to reach 80 wins on the season. Kris Bryant is doing well, and the team continues with business as usual. 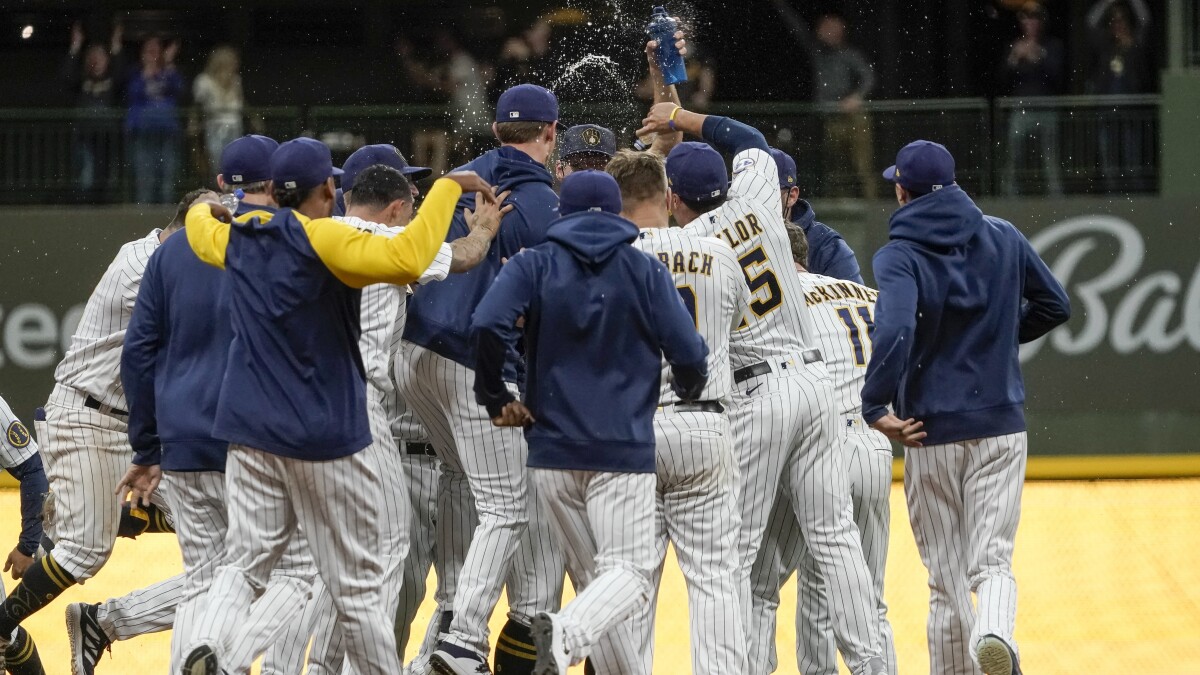 It’s no secret that the Milwaukee Brewers already have their postseason spot secured, it’s now going to be the race to the World Series. The crew could quite literally take it all this year, and there’s a huge chance that they could. Like stated before, this team is something special. There’s a different spark in them that really shows that they are hungry for a postseason win. This team is even looking different, and better than the 2018 team that won the NL Central. Hearing the crowds in our home ballpark roar with energy and excitement really gets me excited for the postseason. It’s loud, it’s amped up, and bringing the World Series to Milwaukee would be the cherry on top.