In what has become an early frustration for many fans, the Brewers’ offense struggled to produce early as their opponents plated runs.  In the first road game of 2021, the Brewers mustered just four hits and three runs, losing 5-3 to their rivals from the northside of Chicago. 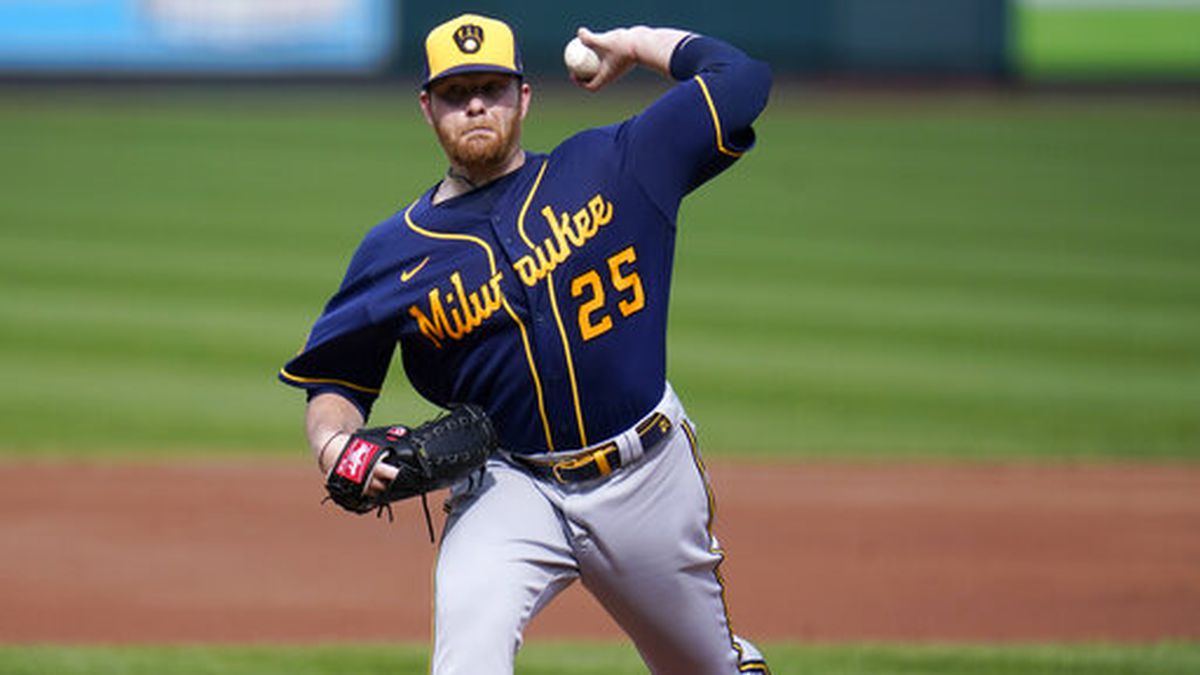 In the Brewers’ second game of the season, Corbin Burnes and Jose Berrios took no-hitters into the seventh inning.  This game started out much the same way, with Brett Anderson and Trevor Williams matching zeroes in the early innings.

The Cubs broke through, though, in fourth inning.  Anderson gave up three home runs in the inning, but was able to limit the damage to just four runs.  Wilson Contreras hit a two-run home run after Anderson walked Ian Happ to start the inning.  After retiring Kris Bryant and Anthony Rizzo, Anderson gave up back-to-back solo home runs to Javier Baez and David Bote.  Anderson came back out to pitch the fifth and did not allow any more runs.

Trevor Williams continued his success against the Brewers by dominating them early and often.  The Brewers did not get a hit until Omar Narvaez had an infield single in the sixth inning.

The Brewers’ first baseman has yet to record a hit in 2021, and continued to struggle at the plate last night.  In the aforementioned sixth inning, he had a chance to bring the Brewers, trailing 4-0, back into the game when he came up with the bases loaded.  Narvaez had singled, Daniel Vogelbach had walked, and Kolten Wong was hit by a pitch.  The lone out had come from an Orlando Arcia lineout.

Hiura proceeded to ground into an inning-ending double play, killing the Brewers’ rally.

While Keston Hiura and others, including Christian Yelich, struggle to get going offensively in 2021, Omar Narvaez has started the season on a tear.  The Brewers’ catcher received more than his fair share of criticism last year when he struggled at the plate, much like other players.  However, he has responded with a very solid showing at the plate early on this season.

In addition to breaking up the Cubs’ no-hit bid, Narvaez smacked a three-run home run with two outs in the seventh inning to bring the Brewers within a run.  Narvaez now has gotten a hit in every game he has played in so far for the Brewers.  His one hit in the second game of the season account for the Brewers only hit in their loss to Minnesota.

Devin Williams pitched for the first time this season, a move Counsell said was likely to happen no matter what the score was in the game.  Williams gave up a run on a RBI triple to Eric Sogard.  The lone run matches his earned runs total from last season.

The Brewers and Cubs will play Game Two of this series at 6:40 PM CST.