While the MLB lockout has put a hold on Major League Spring Training, the Milwaukee Brewers began their “Build-Up Camp” for non 40-man roster players this past week. The team brought in 50 guys to their camp in Maryvale, Arizona. A couple of their top prospects such as Garrett Mitchell and Brice Turang were not in attendance due to being on the 40-man roster. However, most attending players rank in the top half of the Brewers pipeline. Thanks to several Brewers reporters, fans were able to get some highlights from these youngsters.

2021 Brewers Minor League Pitcher of the Year Ethan Small and Brewers Minor League Player of the Year Joey Wiemer have turned a lot of heads going into the 2022 season. On Saturday, the two standouts faced off during a workout. Small would ultimately win the battle by getting Wiemer to go down on strikes. As a couple of the bigger names at camp, these two figure to have more at-bats coming. The matchup will certainly be a fun one to watch! 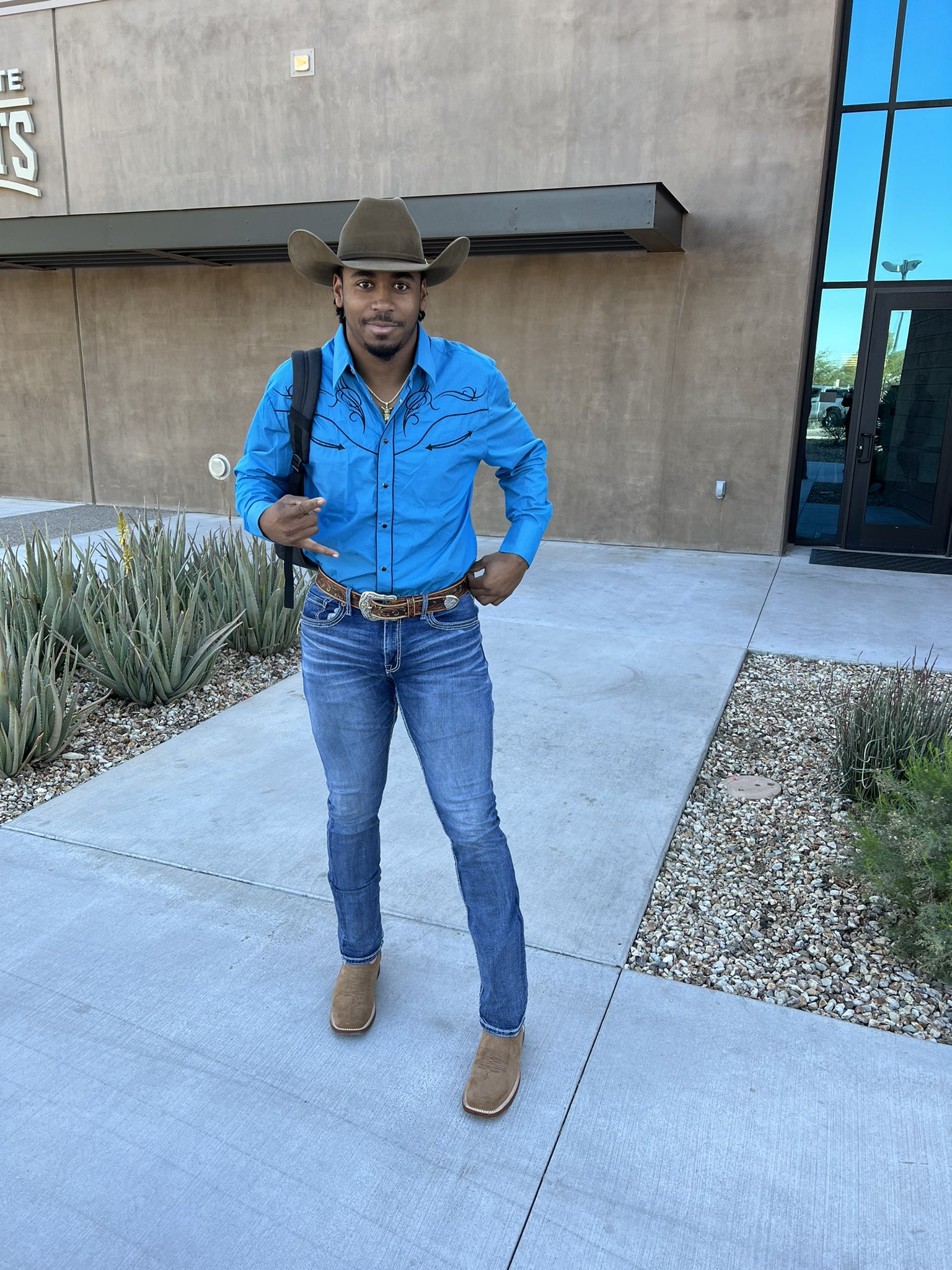 The 2018 second round draft choice had a strong 2021 season between Low-A and High-A ball, but arrived to camp in style. Gray Jr. is the ninth rated Brewers prospect per MLB.com. The young outfielder took some time to answer questions from Brewers reporters on Friday. During the chat, he emphasized that the Brewers “got who they drafted.” Gray and Wiemer established a friendship early in their careers and Gray Jr. talked up his pal as “close to being one of the best players in the organization.” While Gray Jr. made it a point to praise his teammates, he certainly has a lot of buzz around himself as well.

In December, the Brewers selected Caleb Boushley in the first round of the Minor League Rule 5 Draft. The Hortonville, Wisconsin native was drafted in the 33rd round of the 2017 draft by the San Diego Padres. Boushley, 28 years old, has experience as starting pitcher but has found more success as a reliever. The former UW-La Crosse star was seen throwing a bullpen session on Friday morning.

A name many Brewers fans may know as a once up-and-coming third base prospect entered his first camp as a full-time pitcher this past week. In 2021, Lucas Erceg began the experiment of being a two-way player after struggling offensively in the Brewers farm system. Coming into 2022, Erceg has made the decision to become a full-time pitcher. With a strong arm, Erceg sees a clearer path to the majors on the mound. Erceg also spoke on his battle with alcoholism and depression during the early days in his career. In 2021, he was able to mark one year of sobriety and continues his journey to a sober life. Taking his first bullpen session of camp on Friday, it would be safe to say there are a lot of people in the organization pulling for him.