Brewers Head to Philly for Four The Brewers will send Adrian Houser to the mound in the initial game of the series.  Houser is 2-2 on the season with a 3.65 ERA.  He is coming off his best outing of the year against the Miami Marlins.  In the lone game that the Brewers won in that series, House pitched 5.2 innings, allowed three runs on five hits, and struck out seven.

The Phillies will counter with right-hander as Vince Velasquez.  Velasquez is not a usual member of the Phillies rotation, but will make his third start in place of Mark Minor, who has missed time due to COVID protocols.  He is 0-0 with a 6.57 ERA on the season. 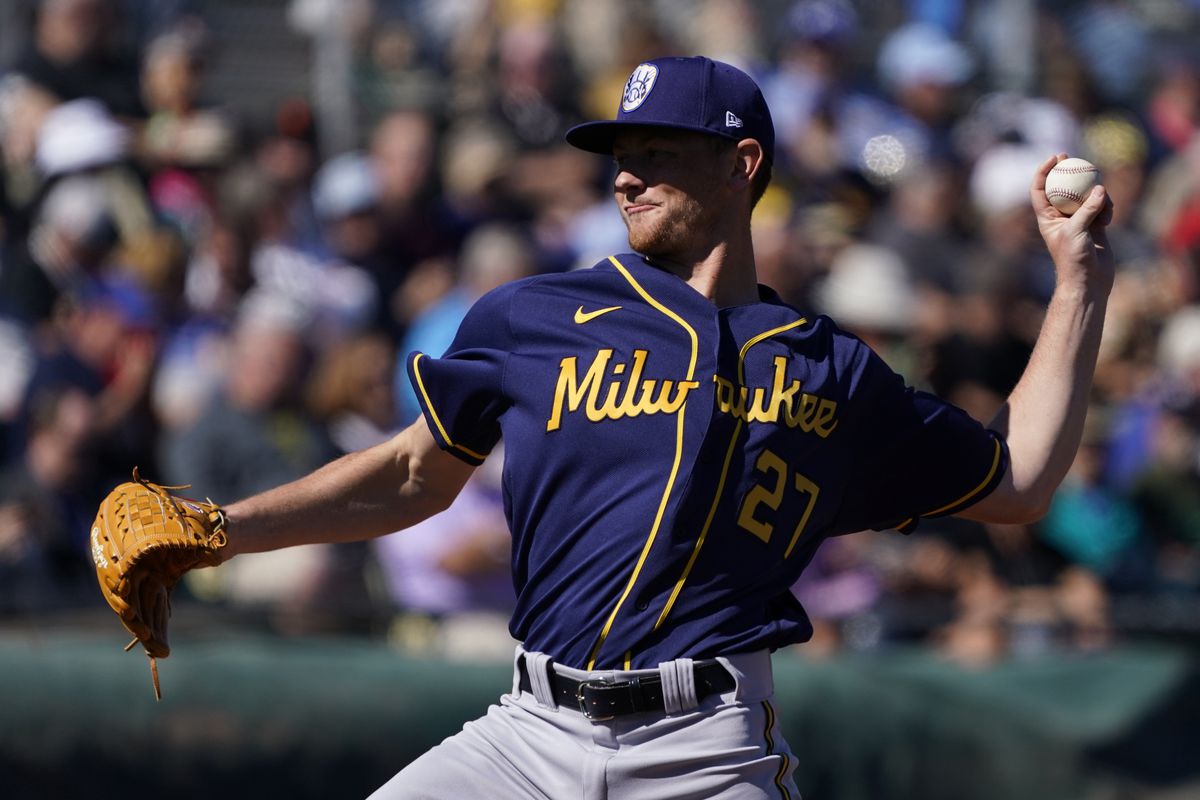 The Brewers will send Eric Lauer to the bump to start Game Two of this four game series.  Lauer was called up to pitch against the Dodgers, despite not being with the team out of Spring Training.  The Brewers were banking on his historic success against the Dodgers to continue.  Boy, did it ever!  Lauer pitched five innings of shutout ball and earned the win.  He also earned a second start.

The Phillies will send Aaron Nola in opposition to Lauer in Game Two.  Nola is 2-1 with a 3.11 ERA so far this season.  Nola has dominated the Brewers in the past.  He is 3-0 with a 2.97 ERA against them in six career starts.

Freddy Peralta will take the mound against the Phillies looking to keep his strikeout numbers impressive.  Peralta is among the top four pitchers in all of baseball in strikeout rate, and the Phillies’ offense has one of the top ten highest strikeout rates.  Freddy is 3-0 with a 2.25 ERA so far this season.

The Brewers will face a familiar face in Game Three of this series: Chase Anderson.  Anderson spent four seasons with the Brewers, going a combined 38-27 with a 3.83 ERA during that time.  He is off to a rough start this year, though.  Anderson is 1-3 with a 5.40 ERA.

After his Opening Day troubles, Brandon Woodruff has pitched five quality starts in a row.  He is currently 2-0 with a 1.88 ERA.  In 18 career innings against the Phillies, he has given up only one run.  Hopefully the Brewers finally give him some run support so that he can add to his win column.