Our 2021 Report Card series continues. In this one, we’re taking a look at the 2021 NL Cy Young Award winner, Corbin Burnes.

Things just kept going up and up for the starting pitcher. Corbin Burnes truly had an amazing season full of lots of records broken and memories made. It was a long road for Burnes, but he solidified himself as the best pitcher in all of baseball, and the best pitcher in Brewers franchise history.

To start things off, let’s talk about Burnes’ record breaking season. Comparing Burnes to all qualified pitchers in MLB, he had the lowest ERA of any pitcher, which helped him capture the first ERA title in franchise history. Burnes’ 2.43 ERA is just a little snippet of his success from the season.

Burnes is also the first pitcher to have a streak of three straight games where he went 6+ innings and allowed two or fewer baserunners. In addition, he set the record for the most consecutive starts with 9+ Ks and 0 walks in five straight outings. Burnes also set the record for most strikeouts (49) in a five game span with no walks allowed. 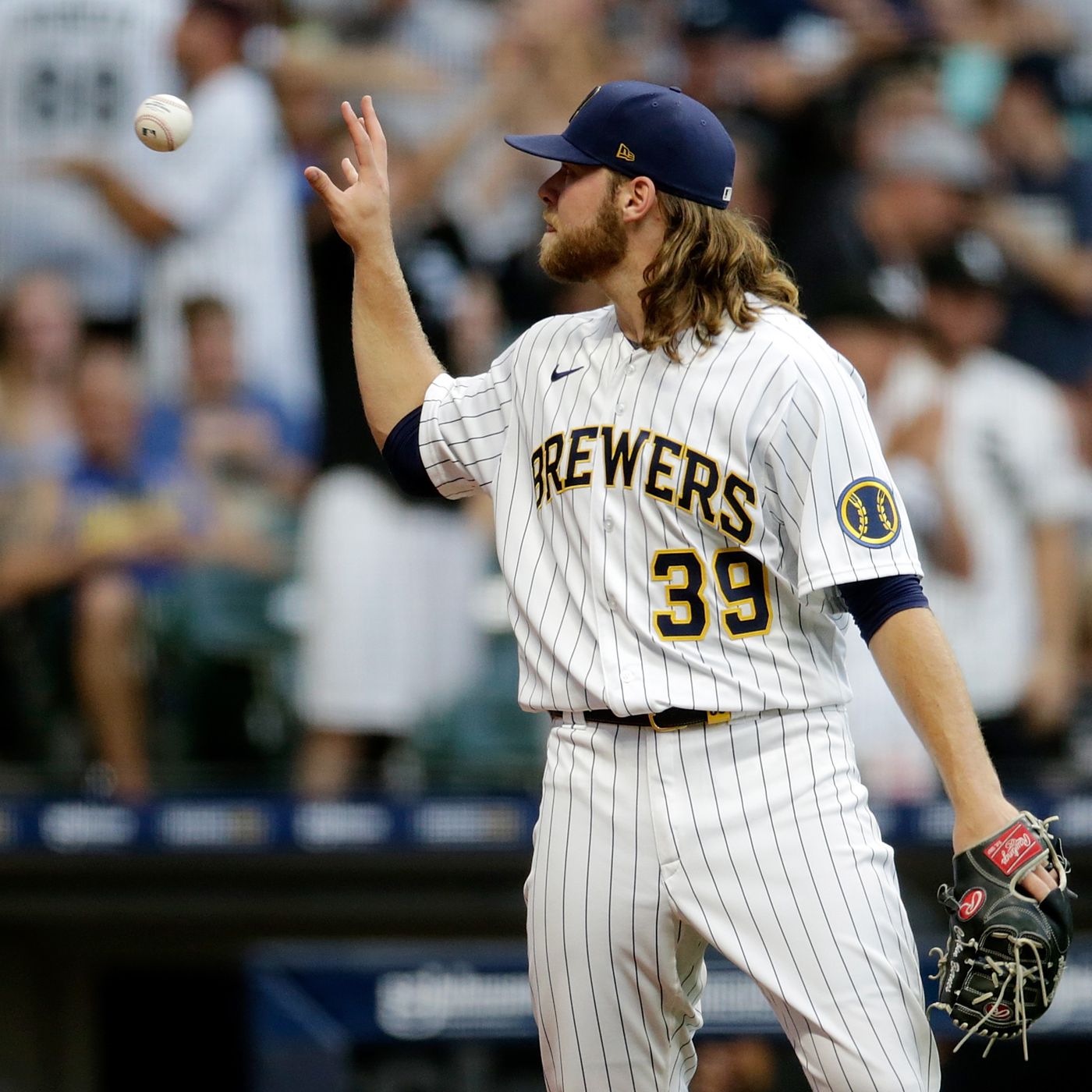 Corbin Burnes is entering his age-27 season, and through arbitration, is under club control through the 2024 season. While he captured all of these awards, broke records, and stapled himself as the best pitcher in baseball, a contract extension isn’t likely. It’s ideal that the Brewers lock up Burnes for security matters, but offering him an extension isn’t at the top of the priorities.

Milwaukee’s payroll hasn’t exceeded $135 million since owner Mark Attanasio came on board. Trying to prioritize where they’re spending their money is at the top of the list of things to do, but figuring out what players deserve those extensions is the biggest question.

The Brewers have only guaranteed deals to Christian Yelich and Freddy Peralta beyond next season. They avoided arbitration with both Brandon Woodruff and Josh Hader; Hader settled at $6.675 million, Woodruff settled at $3.275MM.

According to the 2022 ZiPS projection, Burnes’s fWAR dropped off from 2021. During the 2021 season, he recorded a 7.5 fWAR, which was the highest among pitchers; Zack Wheeler came in a close second at 7.3. For 2022, Burnes is projected to be at 5.2 in fWAR. It would be asking a lot of Burnes to go and record that 7.5 fWAR. However, given how he’s performed the last two seasons, it wouldn’t be shocking if he were to near that number.  Once we get baseball back, it’ll be fun to see Burnes on the mound once again.

To view more of our 2021 season report cards, click here.