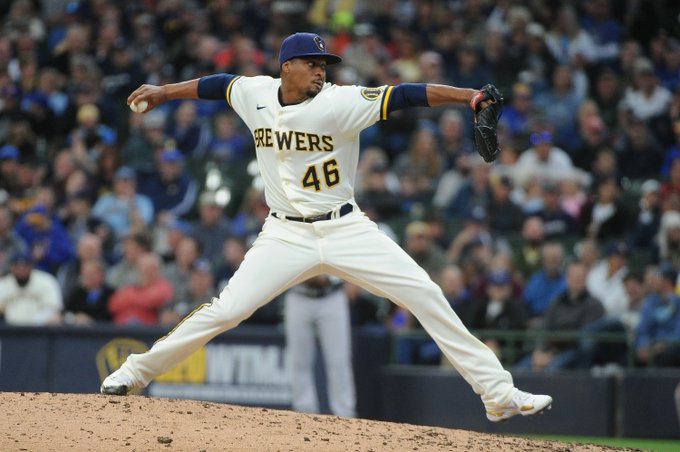 The injury bug has come to play with the Brewers and when it rains it pours. Saturday morning, the Brewers announced they will be placing relief pitcher on the 15 day injured list. Perdomo joins a list of Brewers who have been placed on the list over the course of the last week. 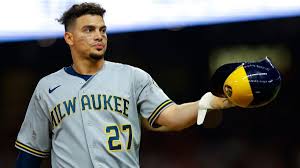 Jake Cousins started the onslaught of injuries with an elbow effusion on May 21st. On May 23rd, fan favorite Freddy Peralts was also added to the 15 day IL. Peralta, with a more serious injury will hopefully be back by August per David Stearns. Shortly following Cousins, were two key offensive components, Hunter Renfroe and Willy Adames. Renfroe with a tweaked hamstring and Adames witha high ankle sprain are both trending positive and are expected to return to the Brewers sooner rather than later. Perdomo will become the 4th member of the team to join the IL in the course of one week. 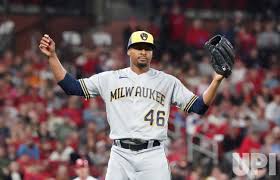 Perdomo pitched two scoreless innings in Friday night’s loss against St. Louis. Following the game, Perdomo was diagnosed with an elbow effusion or a build up of fluid around his joint. Perdomo has appeared in 19 games this year sporting 6.35 ERA. The big 27 year old has not been used in a lot of high leverage situations, but has been a solid piece of the Crew’s bullpen. Perdomo has pitched 17 innings this year allowing 12 runs and 16 walks.

Replacing Perdomo on the roster will be Miguel Sanchez. Sanchez, who threw 26 innings in 28 appearances last year, has not been with the big league club yet this year. Sanchez has had a nice 2022 with AAA Nashville. Through 15 games, Sanchez boasts a 4-2 record with a 2.12 ERA. With 17 innings pitched, Sanchez has struck out 18 batters. While Perdomo is out, Sanchez looks ready to hold the line and provide quality innings for the bullpen. Brewers fans will undoubtedly be crossing their fingers that no more major injuries occur to the currently ailing roster.