The Green Bay Packers placed wide receiver Sammy Watkins on the non-football injury (NFI) list a couple of days before training camp began. Afterwards, the team said they did not anticipate him missing much time at all. That proved to be true as Watkins was activated from the NFI list today and will participate in training camp drills. Matt Schneidman of The Athletic Tweeted out the following:

Sammy Watkins (hamstring) is coming off the NFI list and will return to practice today. 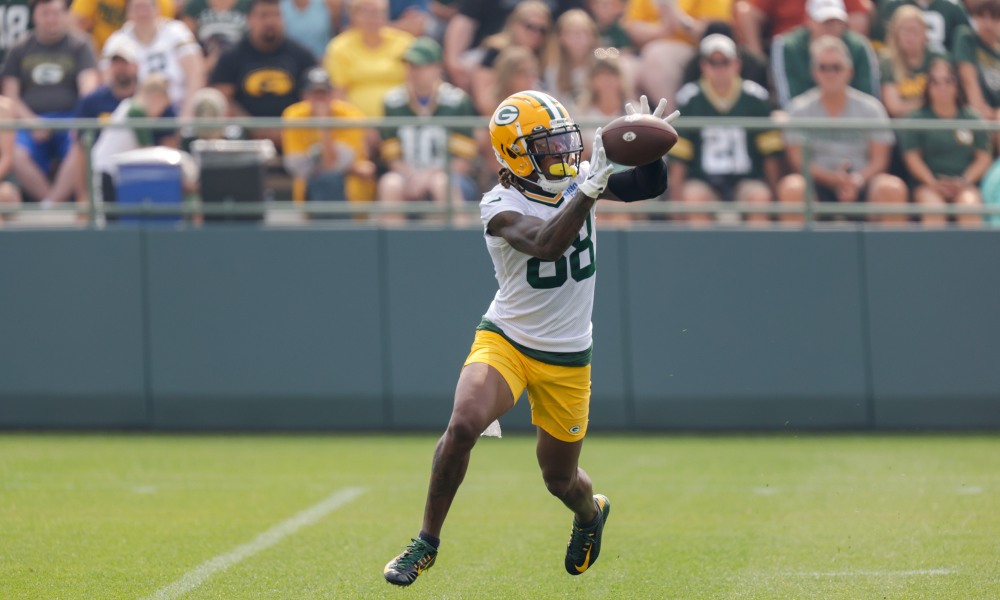 The return of Sammy Watkins to the Green Bay Packers practice field has ripple effects for many players in the team’s wide receiver room. Watkins will be taking snaps with the offense that were previously being given to 53-man roster hopefuls. Specifically, Juwann Winfree has made some pretty head-turning plays during the first two days of camp. He even drew praise from Aaron Rodgers for all the work that he has put in.

The current Packers wide receivers that are able to participate in camp are as follows:

Christian Watson, of course, is still on the PUP list as he recovers from knee surgery.

Head coach Matt LaFleur has never taken more than six wide receivers on the 53-man roster in his three seasons leading the Packers. Lazard, Watkins, Rodgers, and Cobb are all-but locks. Doubs, too, as a fourth round pick, will make the roster. Watson, as a second round pick, will make the roster when/if he gets healthy. That is a total of six wide receivers. That leaves out Toure, a seventh round pick, Winfree and Davis (who saw snaps in the regular season last year), and three roster hopefuls battling for a spot that may not exist.

Now, after trading away Davante Adams and losing Marquez Valdes-Scantling to free agency, the fact that the Packers suddenly have too many good wide receivers is a great problem to have. It will be intriguing to see if LaFleur breaks with tradition and takes a seventh wide receiver onto the roster. It will be up to the hopefuls to make it a tough decision for him.