The Milwaukee Brewers continue to show why they’re one of the best teams in baseball. If you can recall to last week, Milwaukee’s very own Willy Adames was named the NL Player of the Week. Well, a new week has gone by and there’s a new player named. 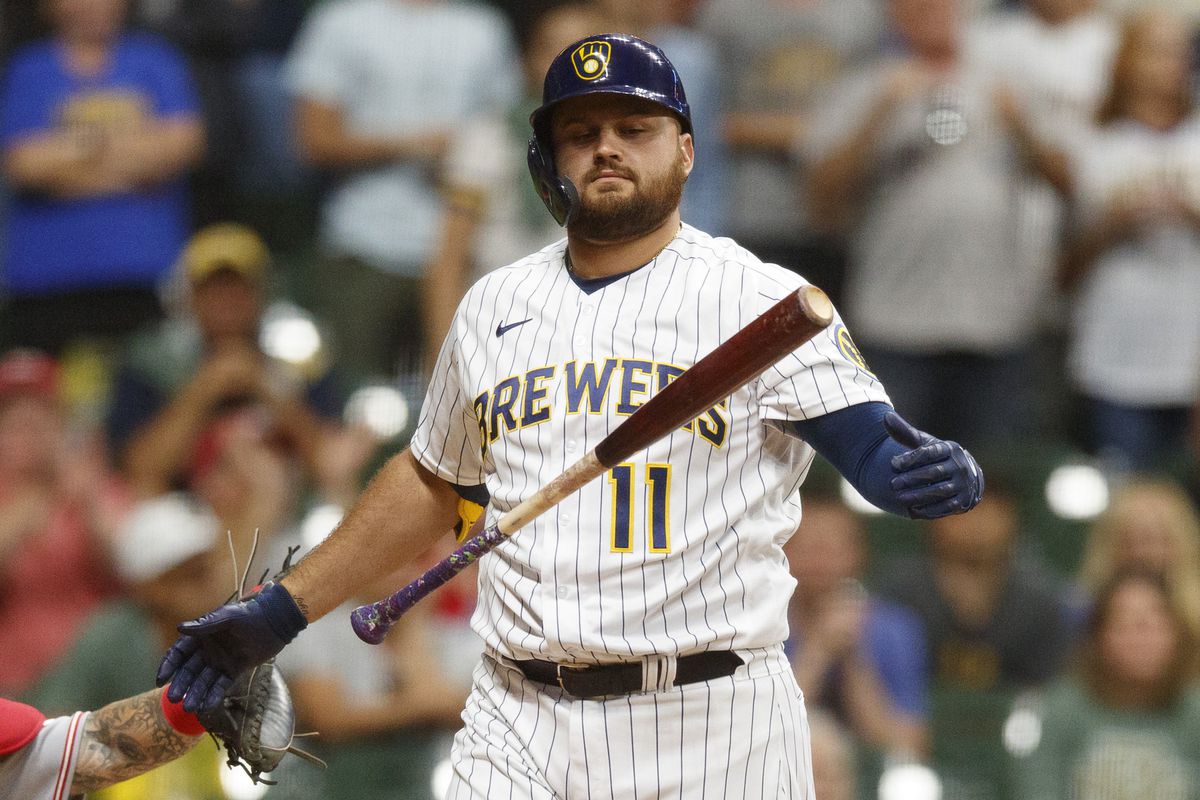 According to MLB, between Tellez and the AL Player of the Week Manuel Margot, they’ve combined for six homers and 24 RBI’s.

Most of Tellez’s POTW worthy production came from his historic game Wednesday against the Reds. In that contest, he set a franchise record with eight RBI’s which were included in a four-hit game, two of those being home runs. Oh, not to mention the beautiful grand slam.

We could watch Rowdy’s grand slam all day.

He hit .321 (9-for-28) with three home runs, three runs scored, four doubles, and drove in 12 across six games last week. In three consecutive games, Tellez was able to have moments where he logged at least an extra-base hit and an RBI; The last time someone did that for Milwaukee was Keston Hiura in 2019.

Tellez is the first Brewer EVER to have 8 RBI in a single game.#ThisIsMyCrew pic.twitter.com/FiUuGH4SkL

Going into this week as the Brewers get ready to face the Reds once again, Rowdy Tellez leads the team in RBI’s (24), doubles (8), and SLG of .570. His seven home runs trail right behind the previous NL Player of the Week Willy Adames, who sits at eight home runs.

Ring the bell and keep chanting for Rowdy, because he’s in the starting lineup for Monday’s contest in Cincinnati.