The Bucks have high hopes for this season. They hinge on star player Giannis Antetokounmpo being healthly. This situation is a Bucks fans worst nightmare. Giannis suffered an ankle injury playing for Greece in today’s EuroBasket game.

Coach Dimitris Itoudis said it was nothing, but it’s definitely something to keep an eye on.

Greece faces the Czech Republic in the Round of 16 on Sunday.

Greece is finishing up group play against Estonia and halfway through the 3rd quarter, Giannis fell awkwardly. It seemed like more of a tweak at the time but he left and did not return to the game. After the game, he had ice on the same knee, a common remedy for ankle injuries. Everyone downplayed the injury after the game but the video above shows Giannis walking with a visible limp. The Giannis injury while playing for Greece is something to watch in the coming days. If he cannot play in the round of 16, questions will start to asked on whether he will be healthy for the start of the NBA season.

Not The Only Giannis Injury

This is just the newest in a line of injuries that Giannis has had in the past couple of weeks. He has been dealing with knee and back soreness throughout playing for Greece. MRIs have come back negative so he has been cleared to play. Many fans are rightfully worried about all of the little dings Giannis is getting right before the season. Calls have come for the Giannis to shut it down and focus on getting healthy for the season but it does not seem like that is in the cards. The hope is that none of these injuries turn into anything serious and Giannis is ready to go for the NBA season.

What Does This Mean For The Bucks? 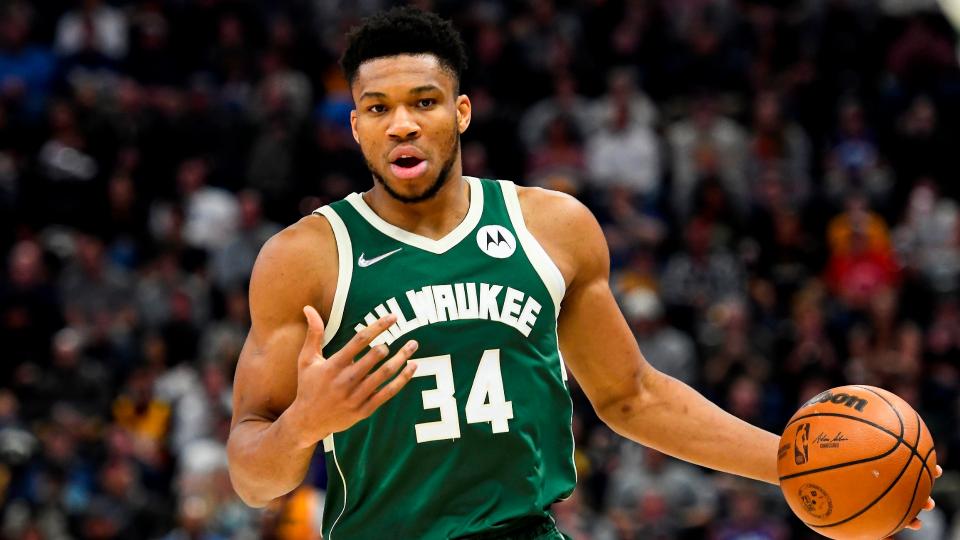 The Bucks fell short last year. However, many analysts believe that had Khris Middleton been healthy, the Bucks would have been back to the Finals. The Bucks have mostly chosen to run it back this year and have confidence in their team. All of this though hinges on Giannis. Giannis is the best player in the NBA right now. He is a dominant force that defenses cannot stop. If he cannot start the season or if he plays at 80% health, it could have a drastic impact on the Bucks season.

Playing for your country is great. We love seeing all of our favorite players compete for Team USA. It is hard to knock Giannis wanting to play for his home country. At some point though, he has to know his limits. The NBA season is long and grueling. The playoffs even more so. If the Bucks are going to make another run at the title, they need Giannis to be completely healthy.