Breaking Down Aaron Rodgers’ History Against The Miami Dolphins On Christmas Day, Aaron Rodgers will face the Miami Dolphins for the fourth time in his career. The Packers are hoping to gift the Dolphins their seventh loss of the season.

Rodgers and the rest of the Packers will be looking forward to their matchup in Miami. Not only does it give them a chance to escape the frozen landscape in Green Bay, but it also provides the Packers with an opportunity to inch closer to a potential playoff spot. 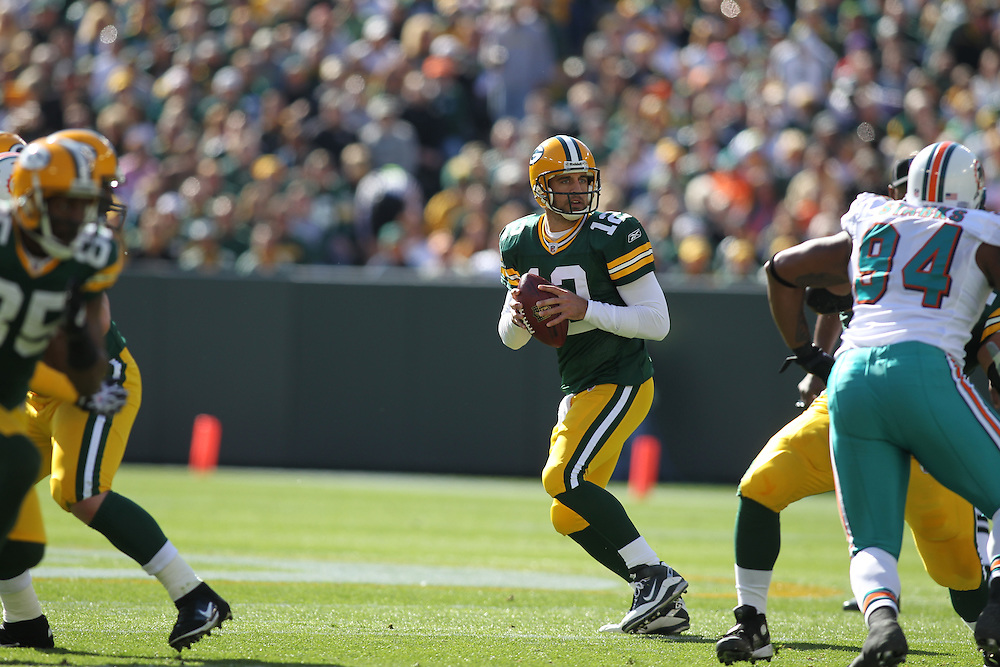 Aaron Rodgers’ first career start against the Dolphins came on Oct. 17, 2010. The Packers lost that game 20-23. Rodgers did throw for 300+ yards that day, however, he only connected on 54.5 percent of his passes, with one touchdown and one interception. To make matters worse, Rodgers was sacked five times, losing 30 total yards.

The second time Rodgers squared off with the Dolphins was also the only time he’s played a regular season NFL game in Miami. On Oct. 12, 2014, Green Bay won 27-24, sealing the game with a 4-yard touchdown pass to Andrew Quarless. Rodgers went 24 of 42, for 264 yards, throwing three touchdowns and no interceptions.

Most recently, in 2018, the Packers beat the Dolphins 31-12 despite Rodgers throwing under 200 yards. Although, Rodgers didn’t need to be dominant in order for Green Bay to win. Packers running back Aaron Jones carried both the ball and his team that day, rushing for 145 yards and two touchdowns.

Rodgers looks to improve his record against Miami to 3-1 on Sunday. Green Bay does enter the game as the underdog, however, you can never count out a Rodgers-led Packers team.