Much has been said and written of the Aaron Rodgers interview on the Pat McAfee Show yesterday. In the aftermath of the interview, Packers’ fans divided on social media. Additionally, Packers practice squad quarterback Kurt Benkert entered into a Twitter feud with Pro Football Talk’s Mike Florio. As a result of the interview, too, one of Aaron Rodgers oldest endorsement partners has decided to part ways with him: Prevea Health.

An announcement from Prevea Health and Aaron Rodgers regarding their partnership. pic.twitter.com/TEesvDBl3T

Why Did Prevea End Its Partnership with Aaron Rodgers?

During his interview with Pat McAfee, Aaron Rodgers made several comments that can be deemed as anti-vaccination. Rodgers cannot get the Moderna or Pfizer vaccines due to allergy concerns. He also chose not to receive the Johnson and Johnson vaccine. Rodgers cited complications with the vaccine as a reason why he chose not to get it. That complication occurred in six women between the ages of 18 and 48.

Aaron Rodgers continued to state that he did not believe that vaccine mandates were moral. He quoted Dr. Martin Luther King Jr. as evidence that he was right for standing up against a policy that he referred to as “draconian.”

For their part, Prevea Health is committed to ensuring that all people who can be vaccinated are able to get the vaccine. The ideological differences, plus Rodgers’ very public statements that contradict Prevea’s beliefs, led to the termination. 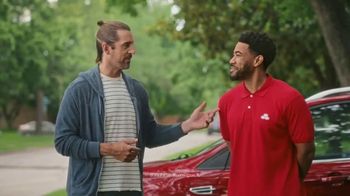 During the interview with Pat McAfee, Aaron Rodgers stated that he is going to be the victim of “cancel culture” and the “woke crowd.” Whether or not Rodgers expected his partnership with Prevea to end is not known to the public. Will others sponsors follow Prevea’s lead? It will be interesting to see what happens.