It is now the month of June and college football fall camps will open in a few months. The Wisconsin Badgers are seen as one of top teams again in the Big Ten Conference. With the season starting in just a few short months, let’s look at some bold predictions for the 2021 Wisconsin Badgers offense.

Graham Mertz Will Be An All-Conference QB 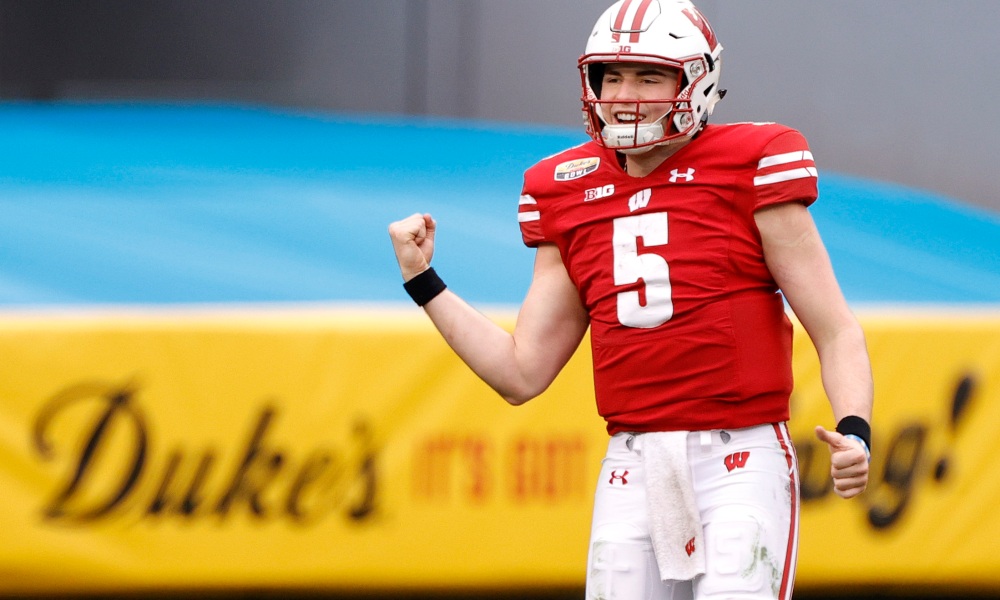 As a redshirt freshman last season, Graham Mertz showed flashes of brilliance and freshmen moments. Nothing will top his performance in the season opener last season when he threw only one incompletion and threw 5 touchdowns against Illinois.

However, he did deal with COVID as well as a concussion that led to some games where we needed to take a step back and remember it was his first year. Overall, a season we expected from a young quarterback.

Jalen Berger and Chez Mellusi Will Combine for Over 1,500 Yards Rushing

There isn’t a ton of surprises with this Badger offense. We know the quarterback, a majority of the offensive line, the receivers, and the running backs. Berger and Mellusi should be expected to receive a majority of the carries this year and in the future.

Just like Mertz, we saw flashes from Jalen Berger’s freshman season last year and that he could be the next great Wisconisn running back. He only had 301 yard rushing, but that should change this season.

Mellusi had 151 yards last season with Clemson, but was behind Travis Etienne on the depth chart. Mellusi had break away speed and should be a nice compliment to Berger. Watch for these two to be a really solid duo this season. The Wisconsin Badgers offense should better with these two young running backs. 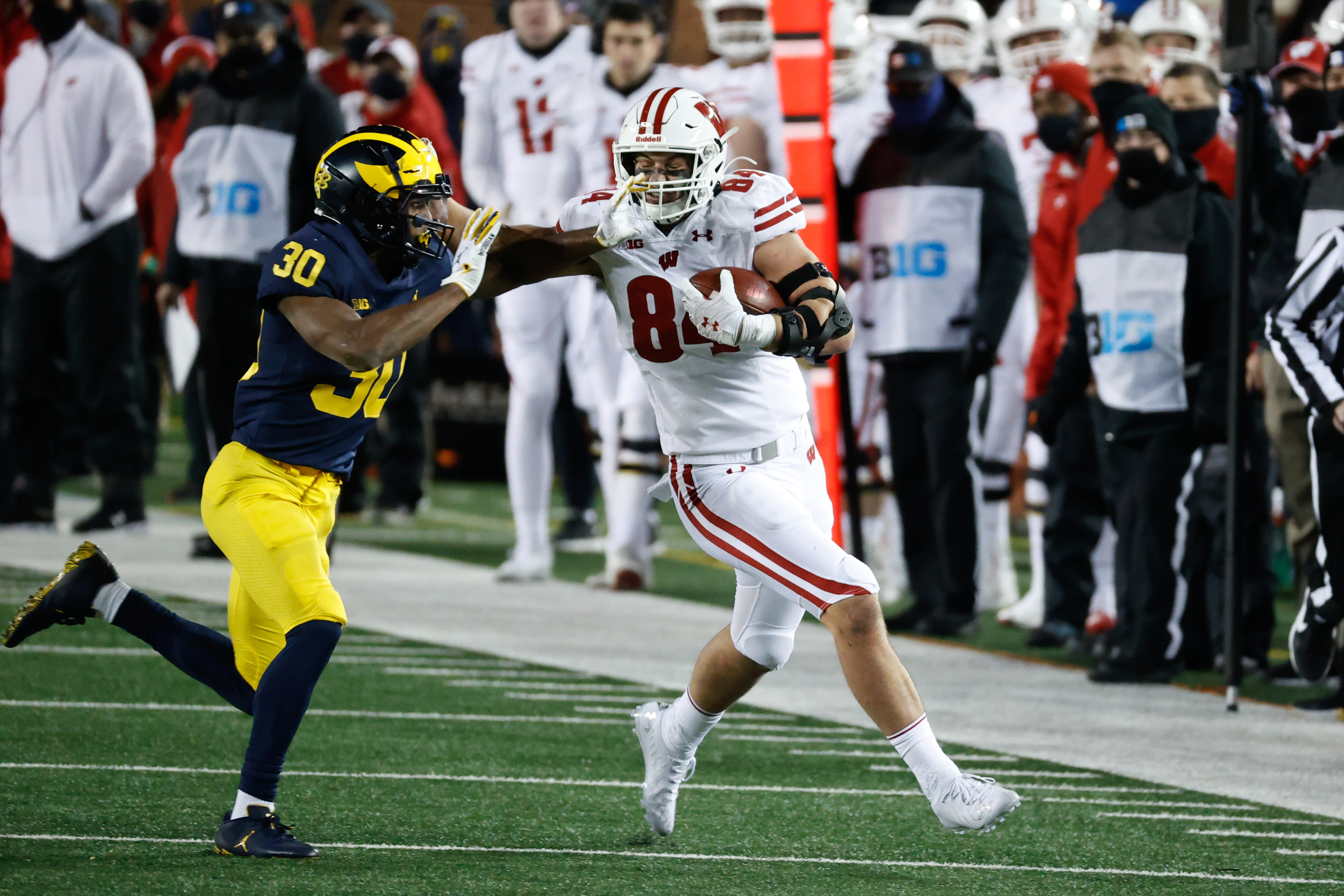 It was a surprise to many that Jake Ferguson has returned for one more season. Don’t worry, that’s a great surprise too. He does everything coaches ask for in a tight end. He blocks well at the line of scrimmage and is almost automatic catching the ball. Ferguson has been a great security blanket for Graham Mertz on offense and should be again in 2021.

Ferguson was a 2020 semi-finalist for the Mackey Award, given to the nations best tight end. Kyle Pitts took that award last season. I believe this is the year Jake Ferguson separates himself as not only the best tight end in the conference, but the entire country.

Wisconsin Will Play In The 2022 Rose Bowl 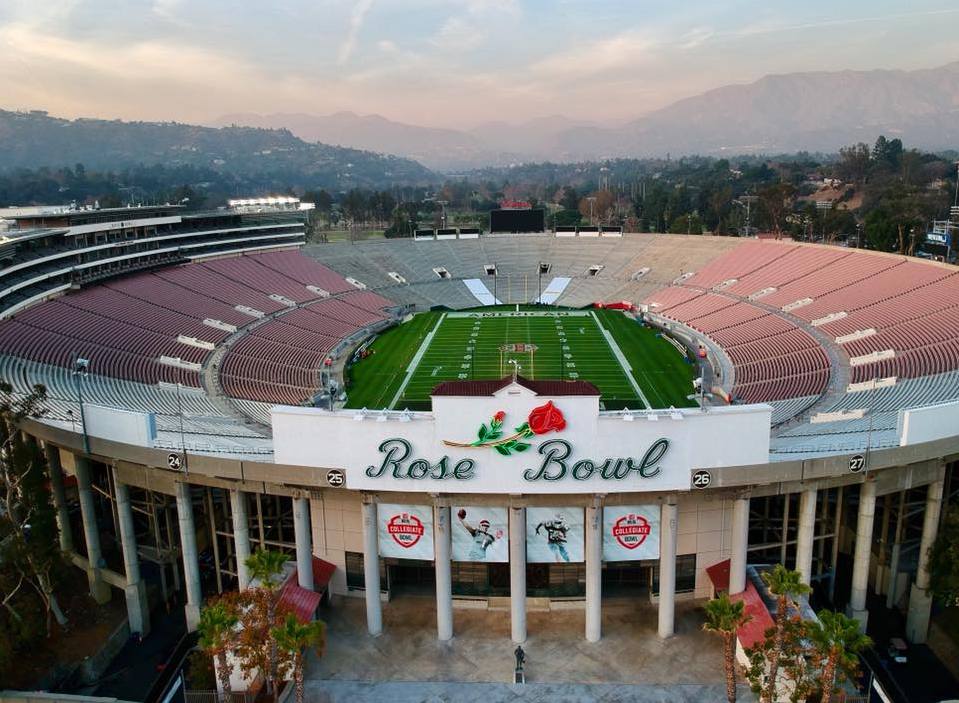 I’m not ready to say that the Badgers will beat Ohio State. However, I believe they would give the Buckeyes all they could handle. I do believe Wisconsin wins the Big Ten West and plays in the championship game. I could also see this game with Ohio State as potential play-in game for the College Football Playoff.

I believe the Badgers fall short right now, but I also believe they would have more than enough of a resume and quality wins to play in Pasadena. Whether or not they win the Big Ten Championship, I believe we will see this team on ABC playing in “The Grandaddy Of Them All”.