It wasn’t pretty, but a win is a win, especially after losing five games in a row.  The Milwaukee Bucks snapped their five-game losing streak by defeating the Oklahoma City Thunder 98-85.

DJ Augustin Starts for the Bucks

Giannis and Middleton Lead the Way 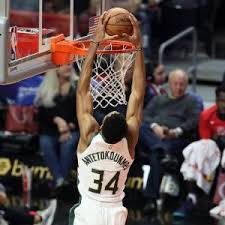 Giannis Antetokounmpo and Khris Middleton led the for the Bucks, a breath of fresh air for Bucks’ fans.  During the losing streak, Middleton was not getting the offensive looks that are needed in order to make him a difference maker.  That was not the case tonight.

Giannis led all scorers with 29 points while hauling down 19 rebounds and dishing out eight assists.  The reigning Defensive Player of the Year also added a steal and three blocks on the night.  Most notably, Giannis went 8/10 from the free throw line and hit a couple nice mid-range turn-around jump shots.

Middleton had a much more productive night than he had had in almost a week.  He added 20 points, eight rebounds, and four assists.  Worth noting is that both Middleton and Giannis played 36 minutes each on the night, something that has not happened much in the Coach Bud era.

The Oklahoma City Thunder are not having a good season.  Outside of a win against the Bucks last week, they have not played well at all.

On this night, the Thunder were led by Luguentz Dort who scored 17 points.  Four other Thunder players scored in double figures, but overall shot poorly from the floor.  In a rare defensive win by the Bucks, the Thunder shot only 30% from three.