The Packers struggled all around against the Vikings to open the 2022 NFL season with a tough loss in Minnesota. Honestly, the game was hard to watch at times and Packers fans were certainly disappointed. The majority of the game felt a step slow, playing behind the Vikings players all of the game.

Despite the ugly Week 1 loss, it is reminiscent of the 2021 opener, and Packers fans shouldn’t be worried yet.

The Packers Defense Seemed Mentally Off

One of the main responses from Aaron Rodgers following the loss was “It’s the mental stuff we just can’t have because we’re hurting ourselves.” Rodgers brushed away the drop by Christian Watson because “..drops are going to happen.” which makes it seem like he didn’t direct his comment to anyone specific.

Whether Rodgers had to say it or not, the Packers just didn’t look right on either side of the ball. In particular, the safety play was pretty poor. Adrian Amos and Darnell Savage each had a defensive rating below 35. Amos was rated at a 28.2, while Savage earned a 33.5. They allowed more yards and receptions in coverage than the four corners that played. 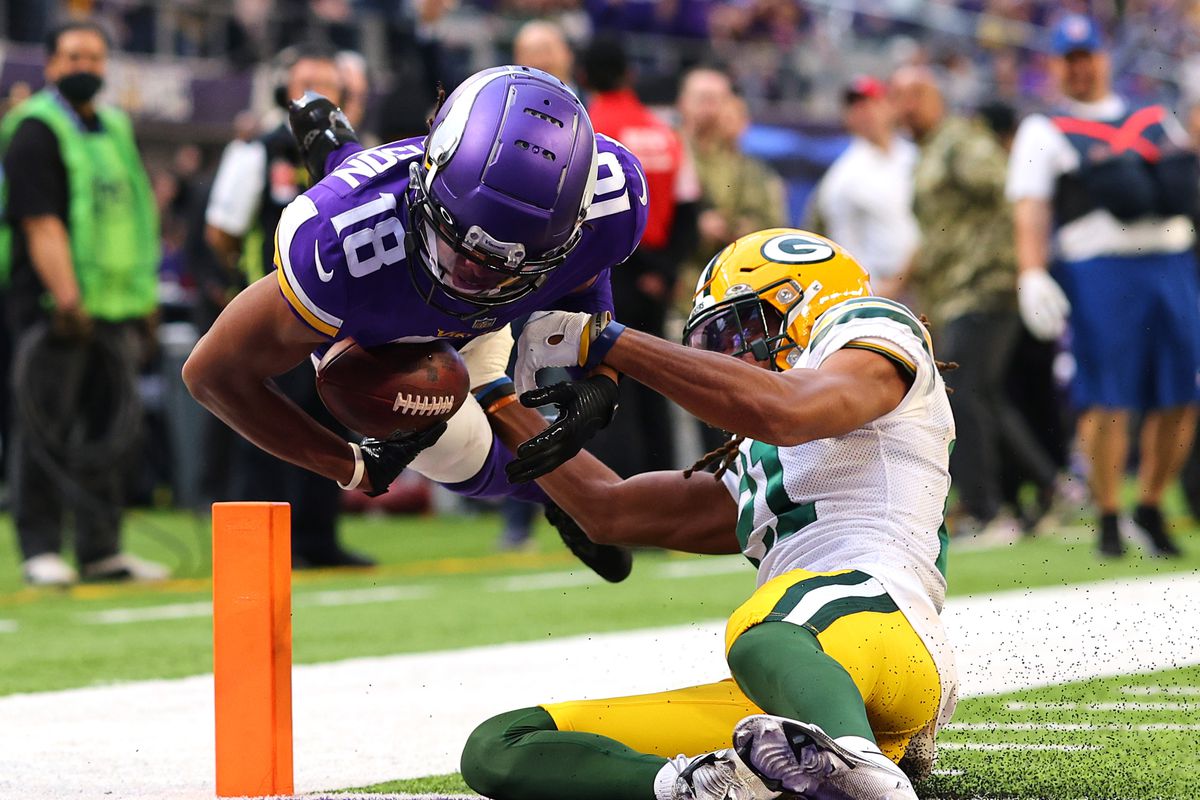 Overall, the defense really didn’t play that bad. Justin Jefferson is a generational talent and it is pretty much expected that he will have a big play at this point. Along with that Dalvin Cook is going to do Dalvin cook things, and it comes down to limiting him to the best of defenses’ ability. However, the issues came down to mental errors.

Vikings get right to business.

Dean Lowry and Kenny Clark both had sub-45 run defense grades. They had a combined stop percentage of 10.4%. They both struggled to get into the gaps and it felt like they were a step slow to Dalvin Cook most of the game. Along with that, Eric Stokes also struggled to get into position and allowed a few extra receptions. Nobody had any ridiculous, bone-headed errors, which is positive because the issues the Packers had are correctable. The team needs to become more crisp and let the game come to them on defense.

How About the Packers Offense?

As Packers fans remember the terrible opener in 2021, they should also see shades of the Vikings game. The offense struggled to get into a rhythm. There were some big, crucial drops when the Packers needed something. Most importantly, they couldn’t put up double digits. So what went wrong for the Packers offense?

The blocking was honestly the story of the offense, even though the drops and bad plays will be what most analysts focus on. The Packers offensive line allowed 10 pressures, eight hurries, and two sacks. The line ultimately finished the game with a pass blocking efficiency of 85.7%, which ranks them 16th in the league so far. Along with this, the interior offensive line of Jon Runyan and Jake Hanson. Hanson, in particular, had a rough day allowing four pressures and one sack. Runyan earned a run block grade of 39.

Arguably some of the most efficient blockers for the Packers were Aaron Jones, AJ Dillon, and Yosh Nijman. They were able to give a great blocking boost for the team, however it didn’t do much in the end. The Packers offense never got on a roll and it held the team back. The team passing rating, according to PFF, was 58.4 and despite the limited runs they earned a 76.5 rushing rating.

The offense seemed to be in disarray at times. The blocks were going the wrong way or nobody was following with the ball carrier. Along with that, there was also a pass heavy playbook that was used on Sunday, despite Jones and Dillon looking ready as ever. If the Packers offense hopes to score more, they all will need to get on the same page for Week 2.