There’s something to be said for the big names. The stars. The ones that shock you when they walk by. Shock you on the field. The ones that get the praise and the attention. The ones that have that sweet-looking stroke. Have that effortless aura to their game.

Maybe we love them because they come so rarely. Even in Los Angeles, Mookie Betts shines. In Milwaukee, the lights are admittedly far less bright. But the ones who shine under them have far less competition. Mookie is in Hollywood. Ryan Braun was Milwaukee. Yeli is. So is Giannis. Stars attract our attention. They bring us together. They make us believe in something greater. That a city that so rarely has the spotlight might finally achieve it.

Bat reaching for heaven because there’s no way it’s finding that ball without some divine intervention. But find the ball it did. On that sac fly that tied Game 7 of the World Series. On that grounder that set up the eventual winning run. It didn’t find the ball at the end of the ’01 World Series. The ball found your body instead. Distracting the pitcher with the stance finally worked.

It found the ball for the Brewers, too. Your hometown team. The hometown you returned to in your mid-thirties after some exciting time away. Very Midwestern.

Then you put the bat away. But the dugout called. So, you returned to lead from the sidelines. That changed. But some things didn’t. Milwaukee in your blood. Milwaukee on your chest. Winning on the field.

There’s something to be said for the stars. We want them. Who wouldn’t? But there’s also something to be said for you, Craig Counsell. Winner. Leader. Native son. And, if they never give you that Manager of the Year award you deserve, then hopefully you can settle for being Milwaukee’s manager. It means far more than the title. From one Wisconsinite to another – thank you for reminding us that it’s not about the spotlight. It’s about getting the job done. As you chase the ultimate accomplishment for the third time, we’re all behind you.

Follow me on Twitter @MikeRegan09 and us @WiSportsHeroics to read more of our articles and keep up to date on the latest in Wisconsin sports, click here! 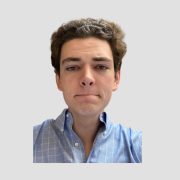 Brewers: The Case for Eric Lauer as the Third Starter in the Playoffs Brewers Do Not Protect Any Players Prior to Rule 5 Deadline