The Green Bay Packers quarterback situation has taken an interesting turn during the 2022 NFL season. Before Week 1 started, it appeared this would be another typical Packers season. And why would we think any differently? Green Bay was coming off of three straight 13 win seasons. However, this season has been disastrous in comparison to previous years, especially for Aaron Rodgers.

A 5-8 start to the season has caused rumblings of trade rumors for the Packers’ star quarterback, Aaron Rodgers. Recently, the Indianapolis Colts have been named as the new betting favorites to land the four-time NFL MVP.

Colts Named As Favorites To Acquire Aaron Rodgers In 2023 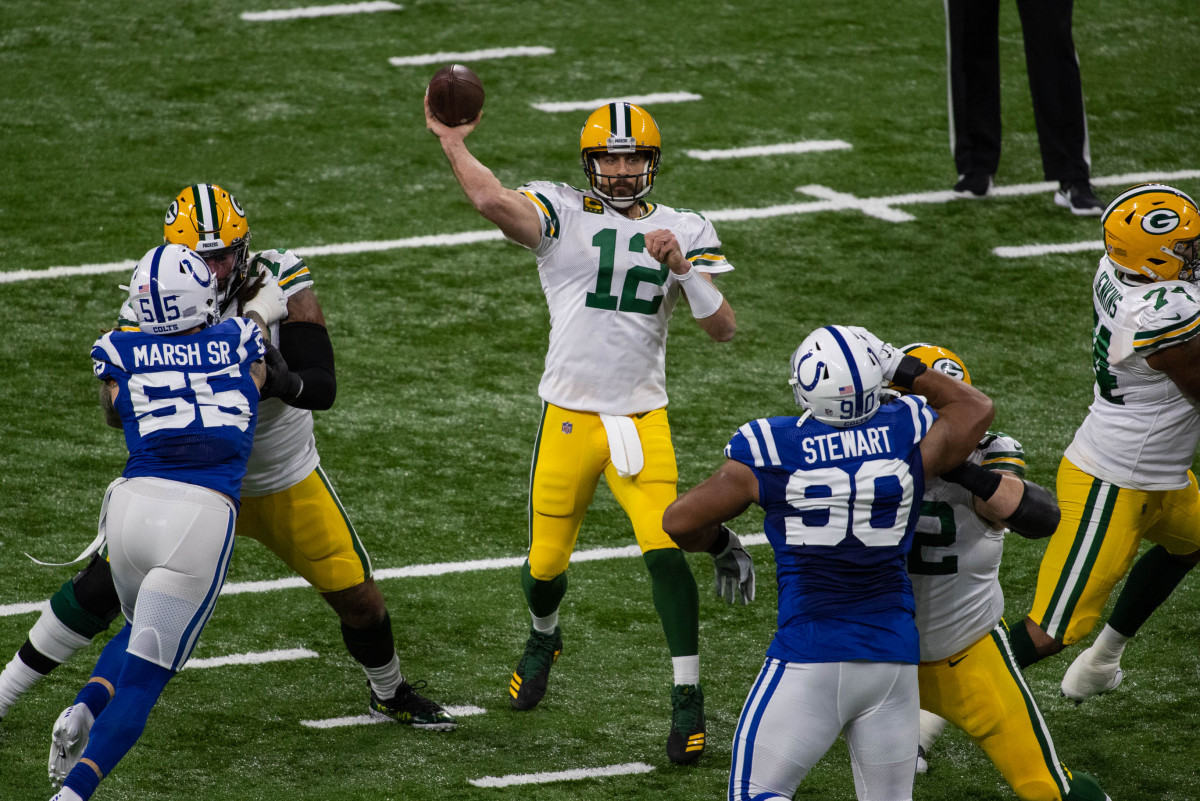 There have been numerous teams that have been rumored as possible destinations for Rodgers next season. However, as of late, the Colts are now listed as the betting favorite to land Rodgers.

OddsChecker spokesman Kyle Newman spoke about the odds of Indianapolis landing Rodgers. “The books say the Colts are the favorites. But logic says a contending team will take the plunge. Perhaps the Jets, Commanders, or Giants, who are all competing for a playoff spot this season. Feels like the books are looking at team history rather than logical landing spots at this point.”

Regardless of where Rodgers ends up, or even if he stays put in Green Bay, this upcoming offseason will be an interesting one to follow for Packers fans.