The Green Bay Packers are in a very tough spot. Reeling from a three-game losing streak, the Packers’ offense is under the microscope.  With the inability to consistently score points and move the ball through the air, a trade for a wide receiver seems possible.  According to Adam Schefter, the Packers may have two names on their mind already.  It has already been reported that the Packers are shopping around.  The Packers may have already set their sights on two specific names out of New York.  Elijah Moore and Denzel Mims of the New York Jets are both garnering interest from the Packers according to Schefter.

Denzel Mims and Elijah Moore Being Pursued By Packers? 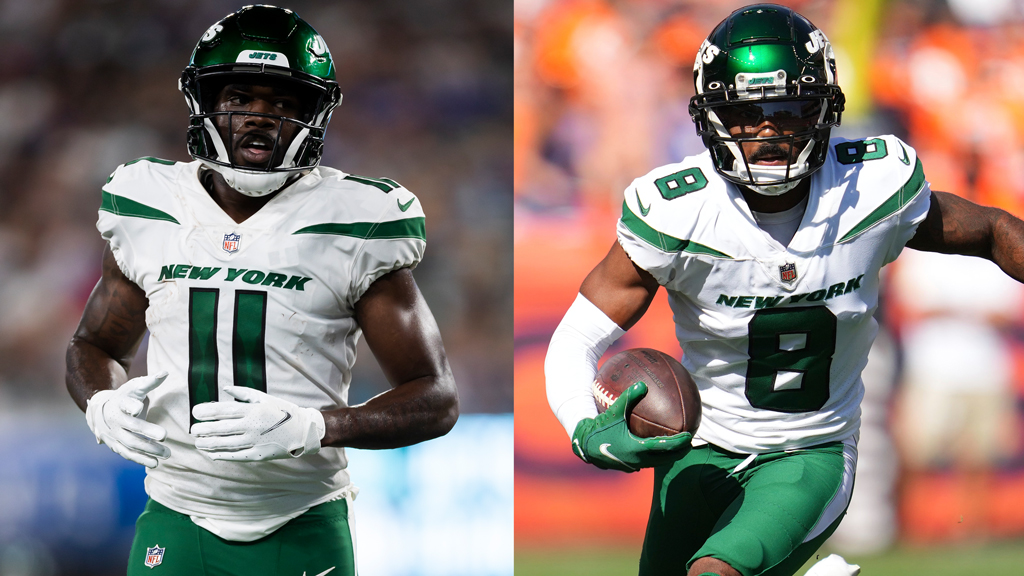 According to Adam Schefter, the Packers could be targeting one, or both, of these wide receivers:

.@AdamSchefter named a pair of #Jets WRs (Elijah Moore, Denzel Mims) as possible targets for the #Packers ahead of the #NFL trade deadline on @ESPNNFL. #GoPackGo #TakeFlight pic.twitter.com/pTpjX3r3Nt

While the Jets certainly may want to keep their 2021 second-round draft pick, Moore has been underutilized on the 5-2 football team. In Moore’s rookie season, the Ole Miss product scored five touchdowns. This season, he has just 203 receiving yards and no touchdowns. The Jets’ run game is the best part of their offense. Even so, his lack of targets is surprising.

Jets WR Denzel Mims has previously requested a trade (or release) from the New York Jets. The former second-round pick out of Baylor would like a fresh start.  Denzel Mims was a three-year starter at the University of Baylor.  He recorded 186 receptions, 2,925 yards, and 28 touchdowns during his time at Baylor.  After two years in the NFL, it seems Mims has had issues every step of the way. Mims slid unexpectedly far in the draft and then suffered a hamstring injury before the preseason, prolonging his rookie debut until Week 7.

Either one of these wide receivers could make difference for this offense.  The Packers are desperate for some more depth and reliability at the position.   The team is already struggling, and they have receivers like Christian Watson and Randall Cobb injured. With quarterback Aaron Rodgers under contract for two more seasons after this, they need to make a move to help him out and get him to the Super Bowl for the second time in his career.