Tom Brady knows what it’s like to contemplate retirement. Heck, he actually did it……for 40 days. Now Aaron Rodgers, another legendary quarterback, may be seriously considering hanging up his cleats for good. 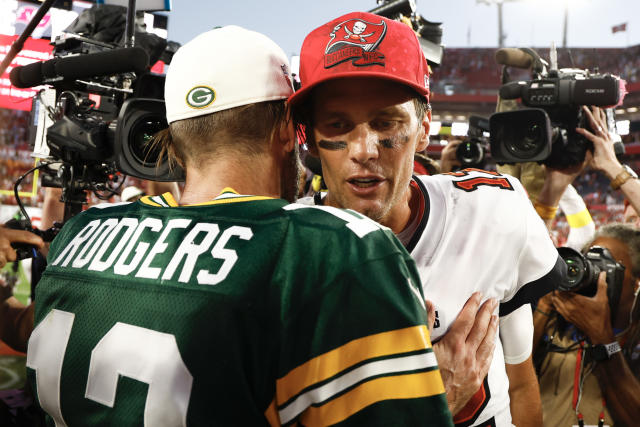 Aaron Rodgers may have played his final game in the NFL, or maybe just his final game as a Green Bay Packer. Nevertheless, the Packers lost to the Detroit Lions on Sunday night, which eliminated Green Bay from playoff contention. Now Rodgers has a big decision to make. Does he call it a career, or does he take another shot at the Lombardi Trophy?

Tom Brady’s advice to Rodgers? Take some time to decide.

“Those are absolutely legitimate feelings and emotions,” Brady said of Rodgers’ postgame news conference following Sunday’s loss. “I think the important thing is the day after the season – and I made this mistake [during his brief retirement] – is not to decide the future.”

“Aaron, in my belief, is spectacular,” Brady continued. “He can obviously continue to play, and he has all the ability in the world to do that. There are a lot of other things that come into play, and he’ll make that decision when it’s right for him. Everyone should give him the time and space to do it.”

Rodgers said he wasn’t going to hold the Packers “hostage” when it comes to making his decision.

It’s a difficult situation to be in. Rodgers has accomplished just about everything there is to accomplish as an NFL quarterback. However, accomplishments aren’t always the deciding factor, it’s the love of the game.

Brady’s advice for Aaron Rodgers is simple, but the decision is extremely complicated.