Aaron Rodgers and the Green Bay Packers are preparing to face the Detroit Lions in Week 18.  It is by far the biggest game of the season for the Packers.  Win and they’re in the playoffs.  That is a far cry from the 4-8 record this team had just about one month ago.  However, even in the biggest week to date this season, it won’t come without its off-field distractions.  Today Aaron Rodgers’ Twitter account was hacked and started posting some hilarious content. 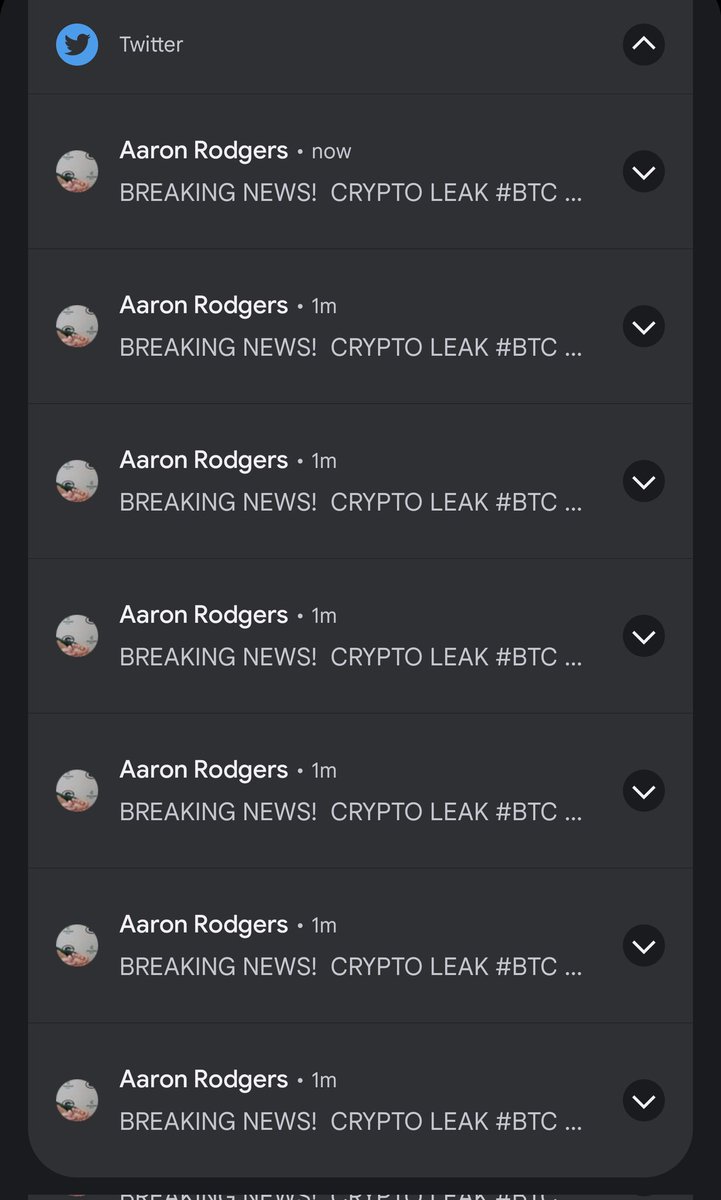 Specifically, the apparent hackers decided to use replies to Elon Musk to engage in some kind of crypto promotion.

Sounds exactly like something the real Aaron Rodgers would tweet, doesn’t it?  Unsurprisingly, the tweets were quickly deleted.  We are fairly certain that a simple Twitter hack won’t distract Aaron Rodgers from the task at hand.   For the Packers this weekend, it is very simple.  Win and they are in the playoffs.  A Packers win would mean they finish 9-8 on the season.  Even if Seattle (who is also 8-8) wins, Green Bay would own the conference record tiebreaker.  The Packer currently have a 6-5 conference record, a win over Detroit would improve that record to 7-5.  Seattle currently has a conference record of 5-6.