Aaron Rodgers’ 2022 NFL season has not been the most memorable one during his 18-year career. Coming off of back-to-back MVP seasons, it’s been hard for Rodgers to live up to the high expectations that were placed on him before this season started. 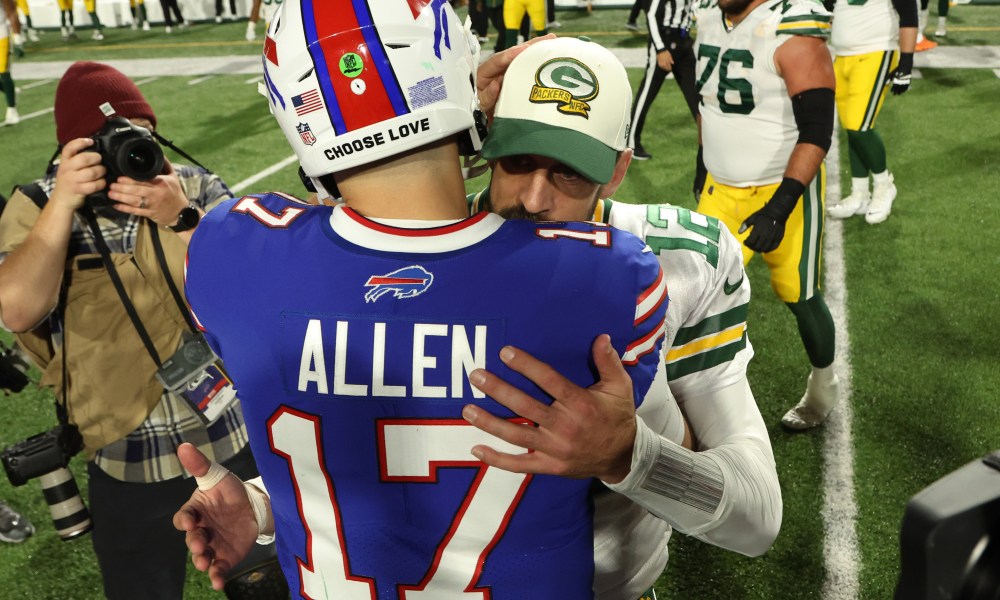 Rodgers appeared on the show How Hungry Are You? last week. The show is hosted by Milwaukee Bucks forward Serge Ibaka. Typically, the show has guests that come from a basketball background, however, Rodgers became the first NFL player to appear on the show.

There was a segment during the show that involved Ibaka asking Rodgers a series of questions. If Rodgers decided he did not want to answer a question, he would have to drink cricket tea. Rodgers said he would answer every question asked because he refused to drink the tea.

One question Rodgers was asked was who he thought the worst starting quarterback in the NFL was. Rodgers said, “I don’t do this, I don’t judge people like that.” Although, with the cricket tea in the back of his mind, Rodgers shot out an answer. “Josh Allen.” Rodgers said. “I watch him, and I’m just disgusted.  He’s the worst, he disgusts me.”

Rodgers was clearly joking. You could sense the sarcasm in his voice. Josh Allen has been one of the best quarterbacks in the NFL this season. Allen has been disgusting this season, but in a good way. He’s fourth in the NFL in passing yards with 4,029 to go along with 32 touchdown passes. According to ESPN, Allen also ranks fourth in the MVP race.

Rodgers and Allen faced off in Week 8 earlier this year. Allen and the Bills got the better of Rodgers that day, beating the Packers 27-17.

There are no ill feelings between Rodgers and Allen. During the Q&A Rodgers even said he’d be willing to FaceTime the young Buffalo Bills QB to prove how close they actually are.