Green Bay Packers quarterback Aaron Rodgers has accomplished a lot during his 18-year career. Accumulating four MVP awards is enough proof that his name should be mentioned as one of the all-time greats. But Rodgers continued to cement his legacy on Sunday against the Miami Dolphins. 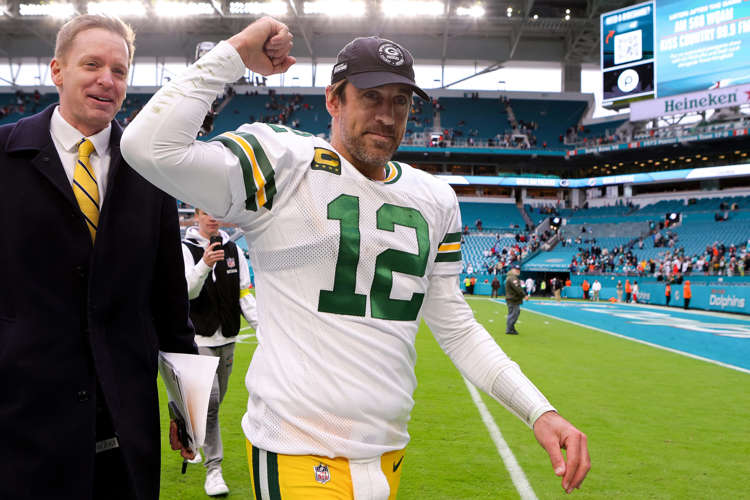 It’s fitting that Rodgers passed Marino during the game against the Dolphins. Marino spent his entire 17-year career in Miami. In is career, Marino has thrown 420 touchdowns and 61,361 passing yards, which places him in the top 10 on the all-time list in both categories. The only knock on Marino’s historic career is that he never won a Super Bowl. His only Super Bowl appearance came in 1985 where he lost to the 49ers 38-16. Nevertheless, Marino was eventually inducted into the Hall of Fame in 2005.

Both Marino and Rodgers have had remarkable careers. It won’t be long until Rodgers leapfrogs Marino on the all-time passing yards list. Regardless of where these two legendary quarterbacks rank when it’s all said and done, they’ve had truly remarkable careers.