Aaron Rodgers Lists His Top Five QBs Of All-Time, Refuses To Include Himself Aaron Rodgers made an appearance on the show How Hungry Are You? earlier this week. The show is hosted by NBA champion and current Milwaukee Bucks forward Serge Ibaka. Previous guests included names like Klay Thompson, DeMar DeRozen, and Giannis Antetokounmpo. Rodgers was the first non-basketball related guest to appear on the show.

How Hungry Are You? uses weird food dishes as a conduit for conversation. The conversation relies heavily on humor and is notorious for not taking itself too seriously.

There are occasions where genuine answers are given to legitimate questions. For example, Ibaka asked Rodgers to list his top five quarterbacks of all-time. 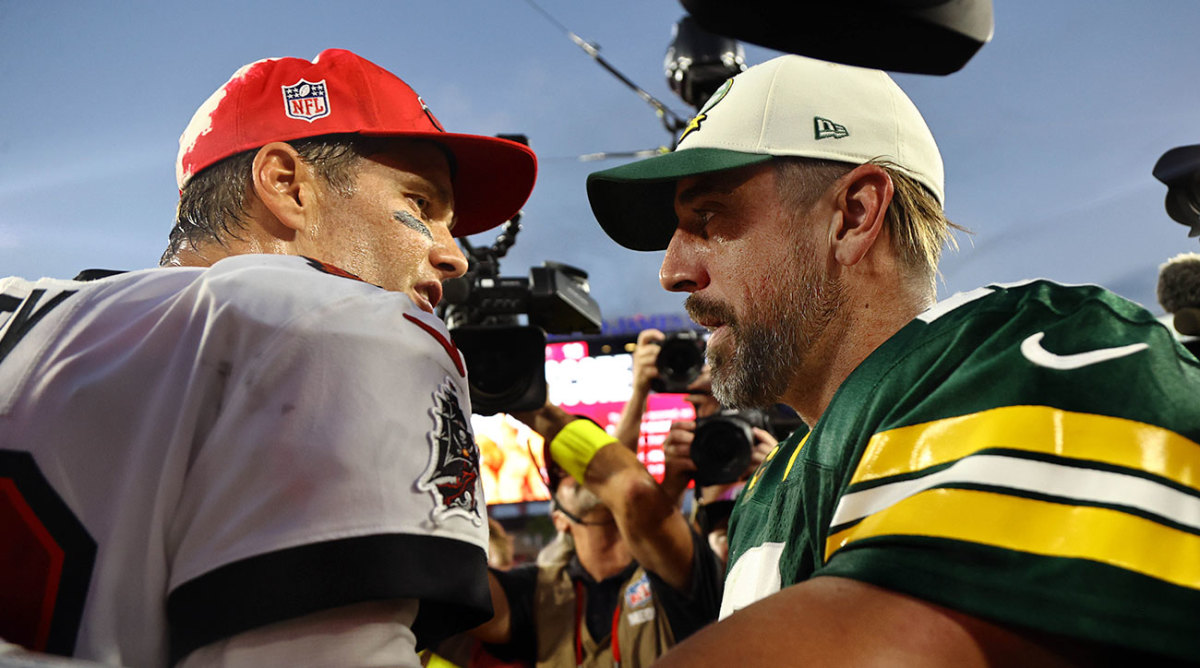 Ibaka pressed further, asking Rodgers to name the greatest quarterback of all-time. “I think you’ve got to go by championships, so that’d be Tom [Brady].”

I don’t think anyone would debate with Rodgers’ answer. Tom Brady has the most career passing yards, touchdowns, and holds the NFL record for most Super Bowl victories with seven.

Deep down, Rodgers probably wanted to include himself on his list. Although, Rodgers’ resume makes it easy for us to include his name on the list of all-time great quarterbacks.