Aaron Rodgers Is This Jets’ Idol 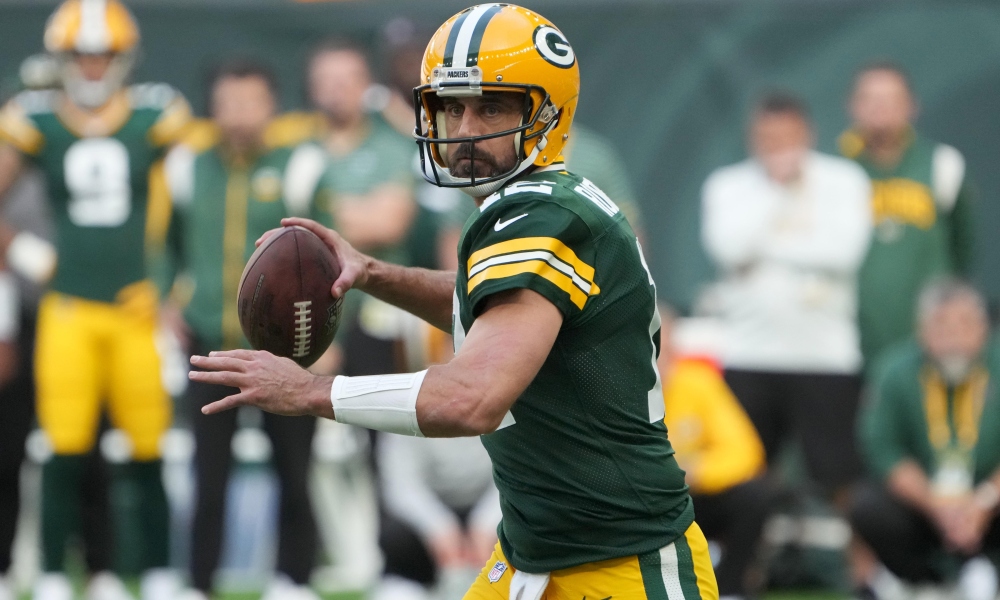 This weekend will give Aaron Rodgers a chance to prove why he is the idol of a certain Jets’ player. Aaron Rodgers has been around the league for awhile now. As a 38 year old NFL quarterback in his 18th season, Rodgers knows he has made an impression on many young players around the league. Zach Wilson, the New York Jets starting quarterback has idolized Rodgers from a very young age.  Wilson was only five years old when Rodgers was drafted by the Packers in 2005 to put things into perspective. Week 6 marks the first time these two quarterbacks will face off against each other.

Last summer during a joint practice was the first time Zach Wilson and Aaron Rodgers met. Wilson admitted he was a total “fanboy” when he spoke with Rodgers. Wilson grew up in Utah where there are no NFL teams. So although Wilson said he wasn’t necessarily a Packers fan, he was indeed an Aaron Rodgers fan. When Wilson talked to reporters Thursday he had this to say about Rodgers, “I grew up watching him. I always liked to watch their (Packers) games because of him and where he was at. He was the quarterback I tried to replicate and steal things from. I like the way he plays the game.” While Rodgers might be fine with Wilson stealing facets of his game, Green Bay hopes New York doesn’t steal a win from them on Sunday.

Will the Packers Prevail?

No question about it, this is a pivotal game for the Packers. Both the Jets and Packers currently sit at 3-2. The Green Bay Packers are 7.5 point favorites heading into the game. The Jets are searching for their third straight win while the Packers look to rebound after an ugly loss to the Giants.  Another loss this week would mark two straight defeats to New York teams for the Packers. If the Packers want to keep pace with the Minnesota Vikings in the NFC North then this is a must win game.