By now, we are all aware about the horrific scene that unfolded on Monday night during the game between the Buffalo Bills and Cincinnati Bengals. Bills safety Damar Hamlin experienced cardiac arrest and received CPR on the field before being taken to the hospital.

It was a gut-wrenching situation for fans, players and coaches. If there has been any silver lining, it’s been the love that has been shown across the NFL community and between players. 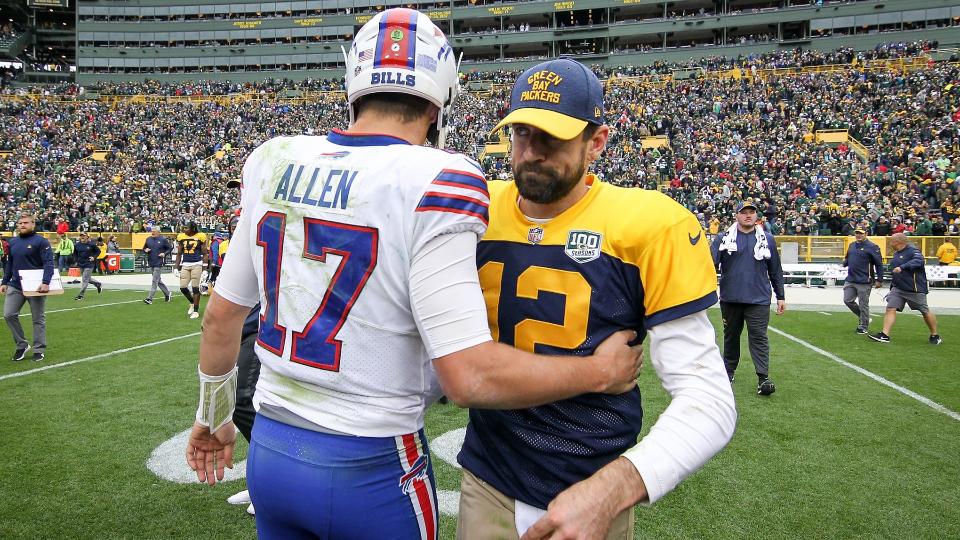 During the Pat McAfee Show on Tuesday, Aaron Rodgers said that he texted Bills QB and close friend Josh Allen while the Hamlin situation was unfolding.

Rodgers said Allen texted him back from the Bills’ locker room, per ESPN’s Rob Demovsky.

“He actually texted me back from the locker room. … I just felt for him, watching his face and just put myself in their shoes to watch somebody you love on the ground.” pic.twitter.com/Mhc8sAtwc7

Allen was visibly shaken up from what had transpired on the field, much like the rest of his teammates.

“He actually texted me back from the locker room,” Rodgers said. “… I just felt for him, watching his face, and just put myself in their shoes to watch somebody you love on the ground.”

Aaron Rodgers is one of many players around the league to show support towards the Bills organization. Tom Brady also made a statement about the tragedy.

As fans get wrapped up in the playoffs, a moment like this brings things into perspective. Yes, sure, fans what to see their team do well and have success. However, it all seems rather meaningless in the grand scheme of things. Players’ health, safety and well-being should be the main concern, not wins or losses, and sometimes we lose sight of that.