A Week of Obstacles: Packers vs. Cardinals Preview Green Bay will take on Arizona tomorrow in a highly-anticipated Thursday Night Football match-up. In fact, many believe this could be a preview of the NFC Championship. However, after a rough few days, experts believe the Packers enter this game as decided underdogs.

Where Do They Stand Now?

Both teams currently boast elite league records. The Cardinals are the only undefeated team left at 7-0. Meanwhile, despite being plagued by injuries, the Pack sits at 6-1 thanks to an impressive six-game winning streak.

Additionally, Green Bay and Arizona each have a long list of powerhouse players. Most notably, there’s veteran MVP quarterback Aaron Rodgers vs. the up-and-coming 2019 first-overall pick Kyler Murray. Then you’ve got Aaron Jones vs. Chase Edmonds at running back. Davante Adams and Randall Cobb vs. DeAndre Hopkins and A.J. Green at wide receiver. Robert Tonyan vs. Zach Ertz at tight end. Not to mention, Wisconsin’s very own J.J. Watt now plays linebacker for the Cardinals.

Needless to say, this game is sure to be a showdown between some of the NFL’s biggest names. 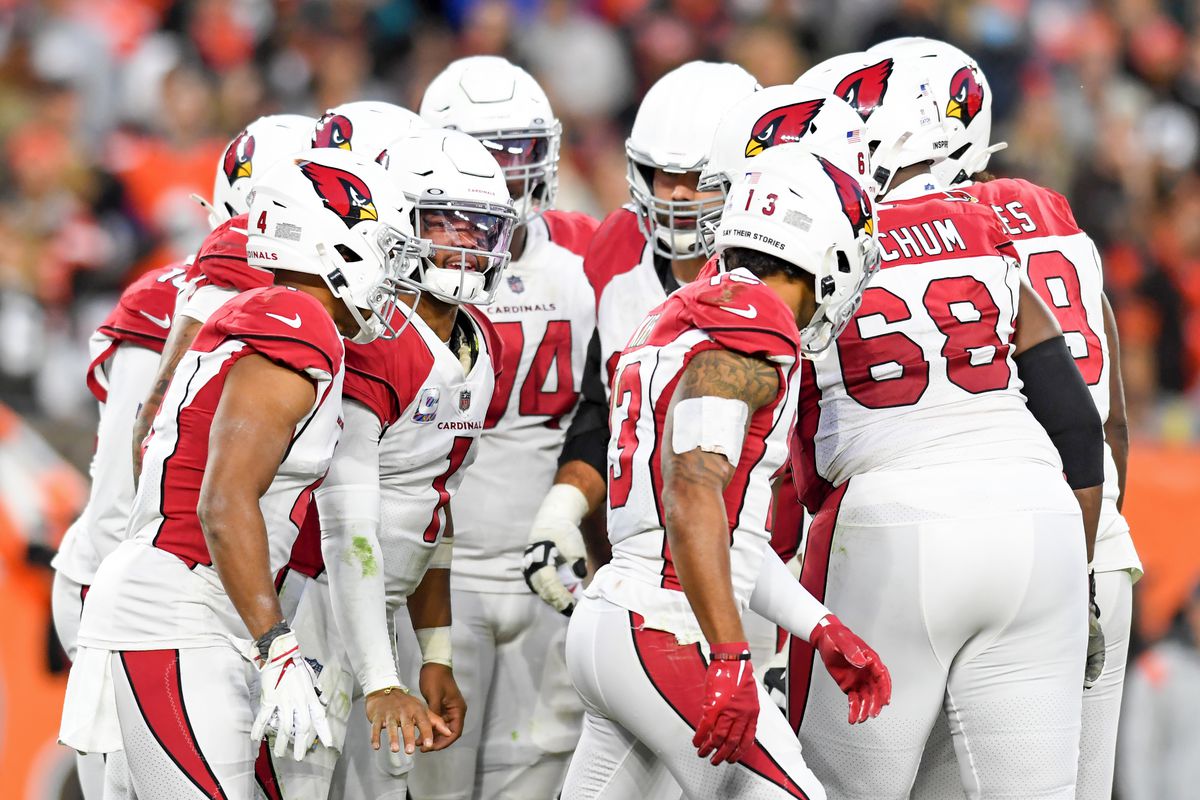 Three days before what’s potentially the Packers’ most important regular season game, an unwelcome visitor arrived in their locker room.

On Monday, it was announced that Green Bay’s defensive coordinator Joe Barry tested positive for the coronavirus. Soon afterwards, so did the team’s star wide-out Davante Adams. The next day, WR Allen Lazard was added to the reserve/COVID-19 list as a “close contact.” Green Bay then entered “advanced COVID protocols.”

Matt LaFleur has announced that Barry will not be in attendance at the Cardinals game. There’s a slight chance that Adams, who is reportedly vaccinated, could be eligible on Thursday. Per the NFL’s guidelines, he’d need to be asymptomatic, produce two negative tests 24-hours apart, and travel to Arizona on his own.

Davante Adams, as expected, is not traveling with the team today. He'd need a negative test today and tomorrow be able to play. Seems highly unlikely given the short timeline now. https://t.co/gDLqK3wkEz

As for the unvaccinated Allen Lazard, he will miss the match-up as he is required to quarantine for at least five days.

So, what does this mean for the Packers? Assuming Adams can’t play and Marquez Valdes-Scantling remains on the IR, Green Bay will be without their top three receivers against Arizona. As a result, guys like Cobb, Tonyan, and Jones will surely see an increased workload. This situation may also give players such as Malik Taylor, Amari Rodgers, and Equanimeous St. Brown a chance to step up and prove their worth.

Additionally, the Packers’ offensive line has to protect Rodgers and give him time to find these younger, more inexperienced, and/or less targeted receivers. Their defense will also need to be at their best to make up for the weakened offense.

Davante Adams has 52 of them. Allen Lazard is next on the list with 15.

73.6% of the receptions by WR are now in the COVID protocol.

As the pandemic rages on, it’s simply inevitable that each NFL team is affected by COVID-19 at one point or another. The Packers aren’t the first, and they certainly won’t be the last.

“We dealt with it last year. We’re maybe slightly more healthy than some of the other teams as far as not having as many cases. But there have been cases here and we’ve dealt with them,” Aaron Rodgers told the media.

“We always embrace every challenge and every opportunity to go out there and compete,” LaFleur said in his Tuesday press conference. “We’re going against the best team in ball, 7-0, at their place, primetime game… It is a great challenge.”

While this situation obviously isn’t ideal, Green Bay isn’t backing down from the challenges they’ll face on Thursday. “It is what it is, and we’ll make the best of it,” says LaFleur.