The 2022 NFL Draft is one that is home to a lot of intriguing prospects. However, there are not as many surefire future superstars as there have been in years past. This is a good thing for the twelve Wisconsin Badgers entering this year’s draft. Let’s take a look at the Badgers in the 2022 NFL Draft and predict what round they might get drafted in. As arguably one of the most intriguing linebacker prospects in this year’s draft, Leo Chenal is projected to be the earliest Badger drafted. Chenal dominated at the linebacker position for Wisconsin, finishing his Junior season with eight sacks, two forced fumbles, and 18.5 tackles for loss.

His rise to stardom in the Big Ten boosted his draft stock; so much so that some draft analysts think he has first round value in this year’s draft. Although he has a ton of upside, there are still question marks surrounding his pass coverage ability. This will likely cause him to slide towards the end of the second round into the third round of the draft. I strongly believe he will be gone by the end of the third round, and whichever team takes a chance on him will be drafting one heck of a pass rusher.

The national media knows Jake Ferguson as Barry Alvarez’s grandson. However, Badger fans know that Ferguson is much more than just a legacy child of Wisconsin football. In his four years at Wisconsin, Ferguson was an indispensable part of the Badgers offense. His career totals aren’t very flashy (1,600 receiving yards and 13 TDs). However, he was one of Graham Mertz’s most reliable targets and a leader in the locker room.

After the end of the 2021 season, many scouts anticipated Ferguson would be a sixth or seventh round pick. However, his performances at the Senior Bowl, the NFL Combine, and Badgers Pro Day all helped to boost his draft stock. There is plenty of variation between NFL mock drafts, but most experts have agreed that Ferguson will likely be taken between the late third round and mid-fifth round of the 2022 NFL Draft. 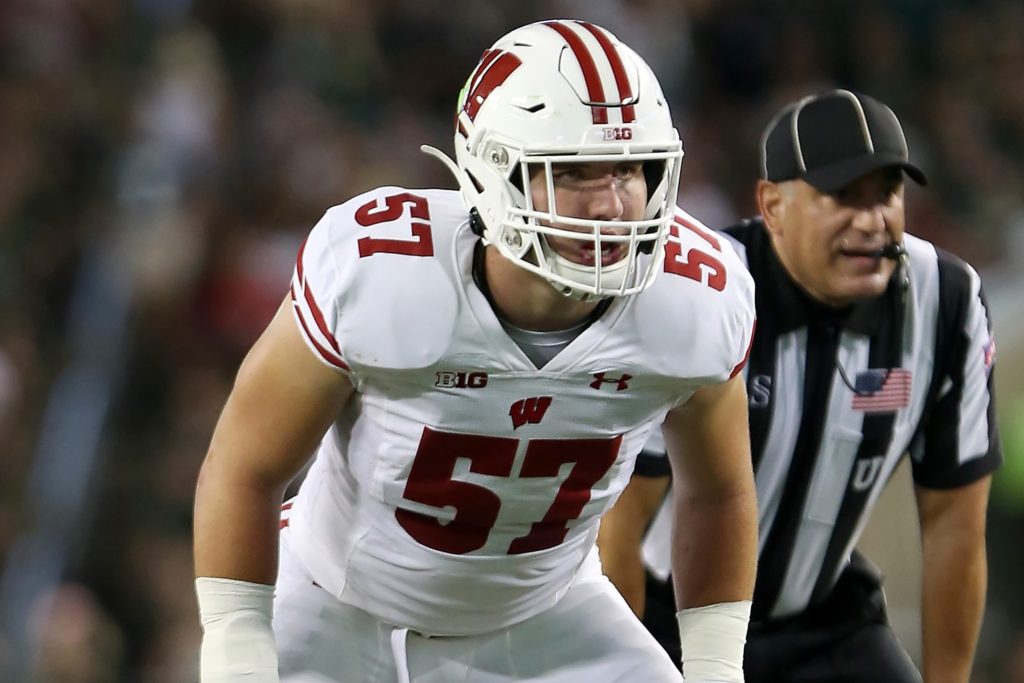 Alongside Leo Chenal, Jack Sanborn was the second defensive superstar for the Badgers in 2021. Sanborn has had sustained success since his Sophomore year, and has been a leader on the Badgers defense since then. His career totals include 11.5 sacks, three forced fumbles, and 29 tackles for loss.

Although he’s not as flashy of a prospect as Chenal, his experience and performances are undeniable. He’s projected to be drafted between the mid-fourth round and mid-sixth round. Sanborn’s pre-draft performances helped him solidify his draft stock, but didn’t push the needle in either direction. Any team that drafts him is going to get a reliable linebacker who will play whatever role is asked of him. The experience is there, the accolades are there. All he needs is a chance.