We are in Week 3 of training camp and the first preseason game is on the horizon. As final rosters begin to take shape, players are looking to make an impact on the field. Here are 3 players that are trending up at Packers training camp. 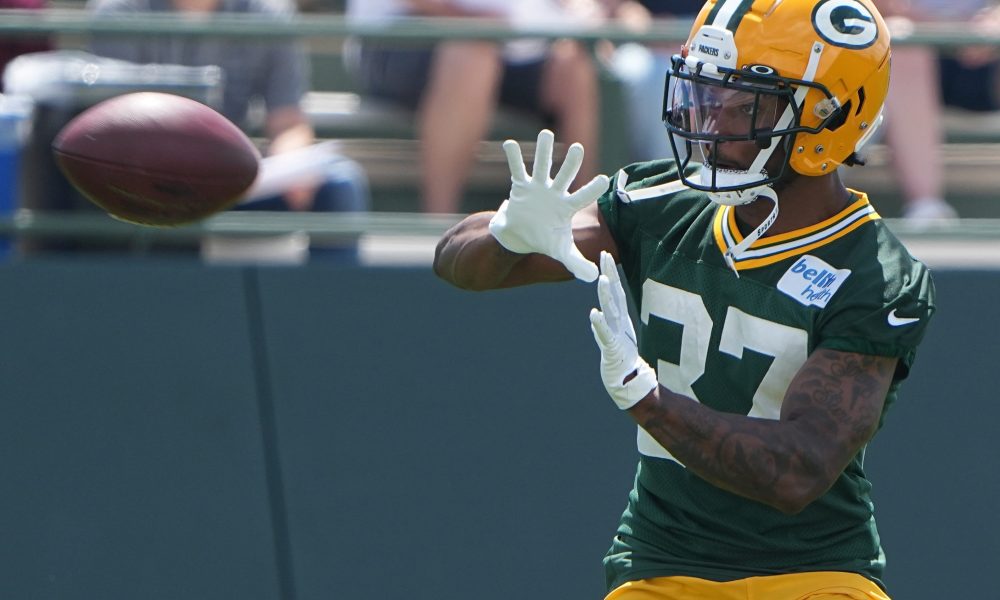 The Green Bay secondary is stacked at the top but the depth has been a question. Rick Gafford has been a player that has been trending up at camp and looks to fill that depth chart. While his best bet is most likely special teams, he has shown some flashes at CB. During 11-on-11 drills he has made some great pass breakups and his 4.22 speed means he can keep up with the quicker receivers. In special teams, he has shown versatility being a gunner, a jammer, on the field goal block team and returning punts. Expect to see Gafford making some special teams plays this season and entering if injuries hit the secondary. Rico Gafford is trending up at Packers training camp.

The Packers knew they had a good defensive line. TJ Slaton has been a surprise that looks to push the Packers line to elite status. A fifth round pick last year, Slaton has come into camp looking like he made a lot of offseason improvements. At 340 pounds, he has shown the ability to stuff up blocks on the line to allow the linebackers to fly through and make plays. Run defense was an Achilles heel for the Packers last season. Look for Slaton to play early downs to stop the run and put opponents in 3rd and long situations. Slaton is a player that is definitely trending up at training camp.

Romeo Doubs has gotten all the love from the Packers 4th round draft picks but Zach Tom is quietly being a key player for the Packers. With injuries on the offensive line, Tom has been getting starting reps at tackle. While his frame is not ideal, he is athletic and uses his hands effectively to get players blocked consistently. If he continues this play in preseason, the Packers will have a hard time keeping him off the field. Not knowing when Bakhtiari and Jenkins will be back has made Packers fans nervous. Seeing Tom improve so quickly is making fans less nervous. It is great to see an offensive line player trending up at Packers training camp.

Many players are trending up at Packers camp. While there still are many questions, overall Packers camp has been really positive. The preseason games will give more of an insight where players are. It will be interesting to see who else impresses in the final month before the season.